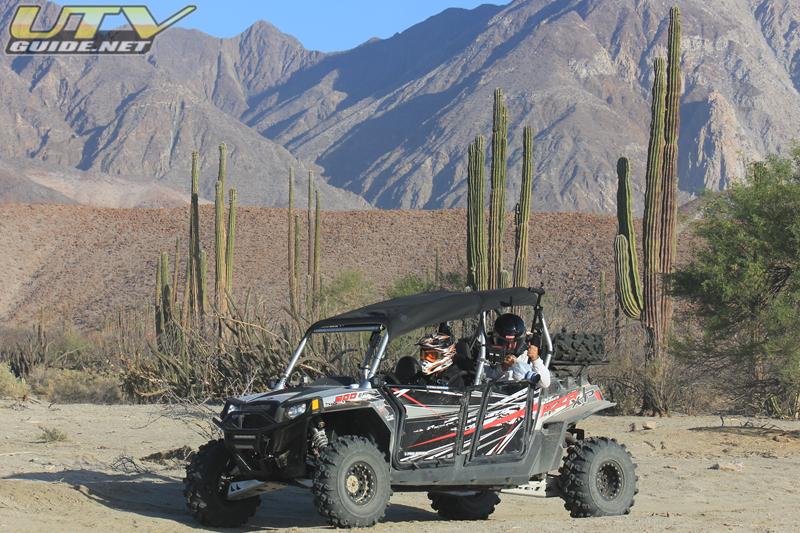 The General Tire NORRA Mexican 1000 was held April 28 – May 2, 2012 and covered more than 1,100 miles down the exotic Baja peninsula from Mexicali to San Jose Del Cabo. This years rally, the third since the Mexican 1000 revival in 2010, was comprised of gritty, old school racing and a variety of unique social activities and is sure to be one for the history books.

Known as The Happiest Race on Earth, the Mexican 1000 is gaining a reputation for bringing fun and a shared sense of adventure back to Baja off-road racing. The one-of-a-kind, once-a-year rally spotlights vintage off-road vehicles, motorcycles and ATVs, as well as rally cars, a limited number of modern desert race cars, and classes for prerunner-type trucks and buggies. The four-day, on and off-road rally offered teams high-speed off-road driving with unparalleled views of Mexicos scenic Baja peninsula, as well as new levels of the hospitality and social camaraderie that is the heart of the General Tire Mexican 1000 experience. NORRA kept the old school tradition of the Mexican 1000 had about 100 entries for this years event. And in the true spirit of the race, legendary driver Walker Evans was the first to register for this years event. Evans was joined by a long list of racing icons like Bob Gordon, Frank Arciero, Malcolm Smith, Mark McMillin, Larry Ragland, Michael Gaughan, Mark Post and many others.

I teamed up with Rick “Wally” Wallace from Side x Side Outfitterz to make the journey down the Baja Peninsula in a Polaris RZR XP 4. We crossed the border into Mexico at Calexico on April 28, 2012. We did not race in the rally. Instead we were support crew for the Bandito Brothers film crew working on a project for the Baja Social Club.  The RZR XP 4 that we used was nearly stock, with only a few changes for safety and comfort. The XP 4 was used for car-to-car video as well as getting to remote locations on the course. In addition to driver and co-dog, the XP 4 carried a videographer, easily 150 lbs. gear in the 4th seat (cameras, tools, etc.), 9 gallons of fuel, two spare tires and an ice chest. In all reality, the XP 4 was loaded beyond the manufacturer carrying capacity of 900 lbs. for the duration of the trip.

The entire trip down Baja was accomplished with only two minor issues. First was a puncture in one of the tires.  This was plugged and the XP 4 made it the entire trip on the same four tires.  The second was a blown belt on the first day. The trip was started with the original belt which had over 500 miles on it, including a section of rock crawling where the belt was smoked. Most often when the belt is abused in this fashion, it is just a matter of time before it lets loose.  In hind site, it should have been changed before the trip started, but a spare was available, swapped out quickly and lasted us the rest of the trip. For an overloaded UTV, in nearly stock condition, to drive 1170 miles through some of the most remote off-road locations in Baja over four days (two days were close to 400 miles!) with only very minor issues is an incredible feat. Factory suspension with Walker Evans Racing shocks did a great job soaking up the rough terrain. Not sure that any other UTV with such minimal upgrades could have accomplished this feat.

There is a UTV class for NORRA, and it would be great to see some UTVs take this on on 2013.  It is a great way to see Baja!  One thing to note for people that are new to traveling this far south in Baja.  GET A TRAVEL VISA AT THE BORDER!  We failed to do so, and were told differing stories in San Jose del Cabo. Wally and I took a cab to Cabo San Lucas to visit the immigration department and try to get it squared away.  After a bit of back and forth, I was told it would be $50/each and that I should go into the bathroom with this envelope and put the money in and then to put the envelope on the counter.  Wow!  That was a first for me… Fireworks at the end of the General Tire NORRA Mexican 1000

Kawasaki Teryx on the Rubicon Trail