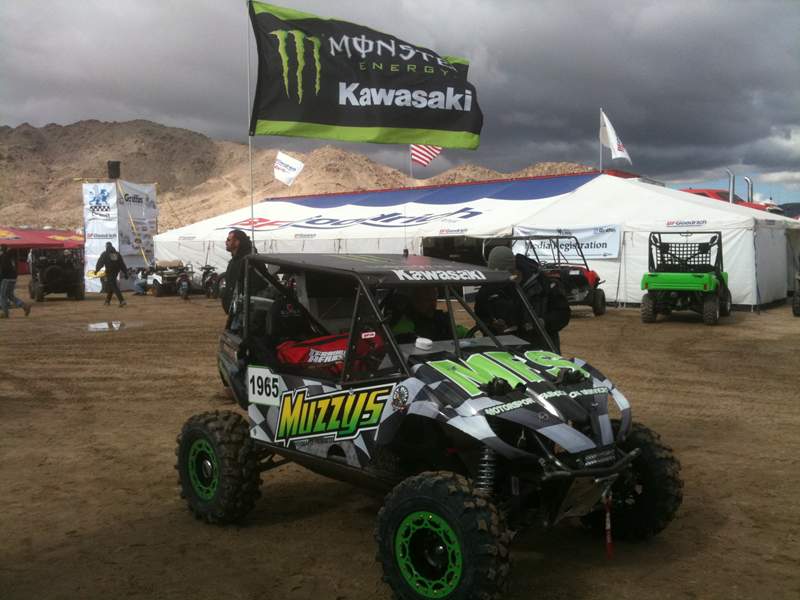 2010 marked the second time that UTVs were included in the King of the Hammers desert/rock race held in Johnson Valley.  I partnered up with Reid Nordin from Team Green Kawasaki to race a 2008 840cc Kawasaki Teryx.

After racing the first year in 2009, I was hooked and knew that the Teryx would need some work to be truly competitive.  Unfortunately, I bit off more than I could chew and the major upgrades to the car too much longer than expected. This left minimal time to shake the car down before the race, which turned out to be a critical mistake.

Reid was behind the wheel and I was cod0g for the race. The course was actually easier than the previous year, but spectators would not be allowed to help in the rocks, so that somewhat evened the playing field.  It was mostly a desert course with the exception of  the Sand Hill.

Reid and I were making passes and were actually in 2nd place behind Mitch Guthrie, when we experienced a blown coolant line. By the time we fixed the issue, we were well out of competition, but we did finish the race in 8th place.