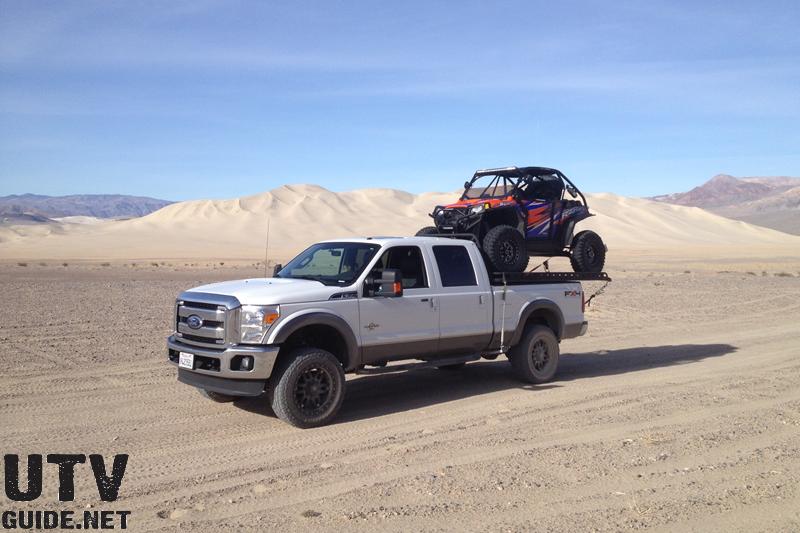 My son is home schooled and wanted to get a better look at geology and desert animal and plant adaptations.  Plus, I am always game to get out from behind the computer to explore and learn. We loaded up our 2011 Ford F-350 Super Duty Lariat 4×4 Crew Cab and headed to Death Valley for a field trip. Our plan was to come into the northern part of Death Valley National Park and spend a day before heading to the more popular Furnace Creek area.

We spent the night in Bishop and got up early the next day.  We drove south to Big Pine then east on Highway 168. After a short bit, we turned right on Death Valley Road or Big Pine Road.  This road had “Road Closed” sign placed by Inyo County. As far as we could tell, the road was not actually closed, just more of a warning that you were headed into a remote area with roads that do not get much/any maintenance. From there, the road was fairly well marked and in good shape. After crossing the Inyo Mountains you get into Eureka Valley the road turns to dirt, then a few miles later we took a right on Eureka Valley Road.  The dunes are visible to the southeast and you are about 10 miles away.

The Eureka Dunes lie in the remote EurekaValley, an enclosed basin at 3000 foot elevation located northwest of DeathValley. The dunes cover an area only 3 miles long and 1 mile wide, yet they arethe tallest sand dunes in California, and second tallest in all of North America(beat out by the dunes at Great Sand Dunes National Park). They rise suddenly more than 680 feet above the dry lakebed at theirwestern base. There are several camping areas near the dunes and a pit toilet. The BLM closed the dunesto OHV use in 1976, although active enforcement of the closure wasnteffective until 1980. In 1984 the  Department of the Interior designatedthe dunes as a Natural Landmark, and the area was put into the Death ValleyNational Park with the passage of the CaliforniaDesert Protection Act 1994. The only way to explore this area now is by foot. We parked near a few other cars that had camped overnight and headed for the top.  Having never been here before it was hard to pick the best path.  The sun was shading the southwest side of the dunes and the last climb to the top looked very steep.  My son and I started out across the flat towards what appeared to be a popular path. The closer we got to the top the steeper it looked. We chose a route and started the last 150 or so feet.  It was so steep that we were on all fours digging in with our hands just to keep from sliding back down each time we took a step.  It was a tough climb but we made it and the view from the top made it all worth it.

After a while, a group of four guys started up.  They reached the last steep part and split into two groups.  One took the same way we did, and the other group went another way.  Well, it turned out that they way we took was much more difficult because the other group reached the top much quicker.  Oh well, it was great exercise!  It turned out that they had camped at the dunes and were on the move to Saline Valley Hot Springs for the night. I had looked at this route through Steel Pass, but had decided against it because we were alone and the map read “Road conditions may require experienced four-wheel drivers”. Plus I had seen a few pictures that had shown some decent rock crawling and wasn’t so sure that was a good idea with a LONG crew cab truck that was also carrying a RZR XP on the bed.

But after talking with these guys for a while, the idea started to sound doable.  One of the four said they had done it in the dark in an AWD Volvo about five years back.  Another had done it about twelve years ago in a Suburban.  Couldn’t be that bad then, right?  We had the other vehicle that would be behind us in case we had any issues, plus there were hot springs to check out.

My son and I descended first, and didn’t have to pack up a camp so we were on the road quickly.  We headed around the other side of the dunes and across a few stretches of sand dune.  We made it no problem, but my big, heavy, diesel truck with a UTV on the back isn’t the greatest dune machine in the world so I was a bit nervous.  We stopped for a few pictures, then left the dunes and headed up a wash. At one point I explained to my son that in my experience, driving up a sand wash into a canyon often led to a waterfall.  Sure enough a mile later there it was.  We parked the truck and walked up the trail.  There were actually about 4 different climbs.  None would have been tough at all in a Jeep or our RZR XP, but we were much bigger, longer and heavier than either of those.  Just as we got back to our truck, a yellow FJ Cruiser appeared and the four guys from the top spilled out. I explained the situation and they went off for a look. They were not experienced off-roaders and apparently their FJ was only two-wheel drive. The driver was very nervous, but the others felt confident even though none of them were experienced in this type of driving either. I told them that if I could get up they should not have any problems, but if they did, I could easily break out a tow strap and yank them up.

At this point, we should have turned around.  We didn’t because we expected the trail to get easier after these four obstacles.  It may be somewhat rough for twenty or so miles, but after that the road from Saline Valley to Panamint Valley should be a nice graded road. Oh how wrong we were…

We got through the obstacles without too much effort except on the last.  After our first attempt showed that we were just too wide to get our width through normally, we had to do some serious low-range rock climbing to squeak through. With our full-sized width, the rocks making up the waterfall were pinching the sidewalls of the tires and I was real worried about getting a flat out there. Thankfully our Nitto tires did not let us down.

I guided the FJ driver through most of the obstacles.  He didn’t have that much problem other than being a little to throttle happy.

The rest of the way to Saline Valley we were in a wash.  Either climbing up Steel Pass or descending into Saline Valley.  It was very slow going and rough.  The FJ got stuck once but we got it moving again quickly.  It was just the road condition that slowed us down so much.  We rolled into Saline Valley Hot Springs about 3:30.  There were a few hot springs up high were we stopped.  One was empty so we headed to that one.  It felt great, but we couldn’t stay long since our destination was still a long ways off in Stovepipe Wells. We loaded up about 4:15 and headed into the quickly setting sun.  I had planned to stop real quick at Saline Valley Sand Dunes, but it took us longer than expected to get across the valley to the road heading to Panamint and it was dark. At this point, my iPhone was telling us it was over 5 hours to Stovepipe Wells.  There was no way, it had to be wrong. Well the road out was long and definitely not graded. And although the directions on my iPhone weren’t right, it still took us over three more hours to get to our destination.  We did not get lost and did not have any issues (thankfully!) as this was not a good place to have problems, especially while out by yourself at night.

The route we took would have been exciting with more time, in a 4×4 that was meant to do these types of trails, and with more than one vehicle.  For us, it was an adventure we won’t soon forget.  We got lucky and learned a valuable lesson.  Hopefully my son will remember it when he starts off-roading.

We did also visit the dunes  right near Stovepipe Wells.  They are just a short walk from a paved parking lot.  Incredibly simple and easy compared to what we had experienced the day before. The dunes are pretty and spread out quite a bit, but pale in comparison to the Eureka Dunes! 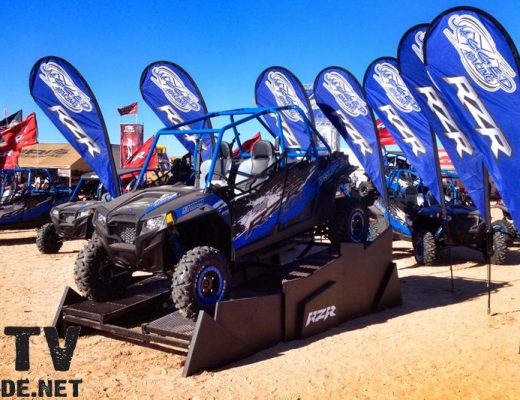 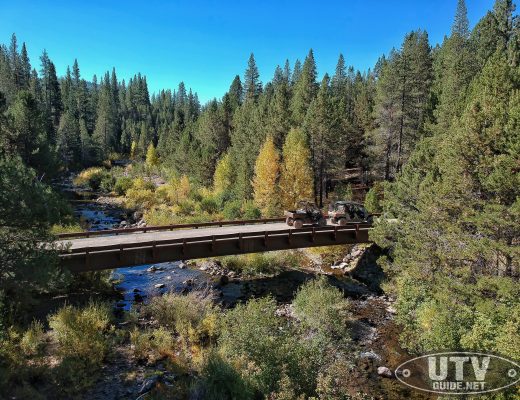