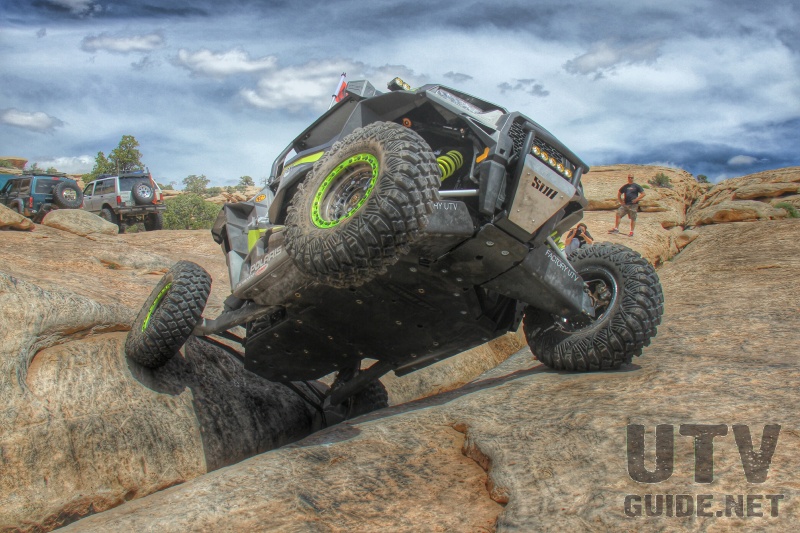 Discount Tire Rally on the Rocks is pleased to announce the Sixth annual UTV/SXS Rally in beautiful Moab Utah, May 13-16, 2015

Rally on the Rocks had over 20 distinct trails to choose from. There are no bad trails in Moab as it is arguably the most scenic, unique place on the planet and is perfectly suited to UTVs.

Fins N Things with SSV Works – The 4 rated Fins -N- Things trail runs along both sides of Sand Flats Road between the much more difficult Hells Revenge trail and the much higher Porcupine Rim trail. Steep climbs up and descents down Navajo Sandstone slickrock fins provide the excitement and the things leftover as the sandstone erodes provide interesting views. SSV Works at the Overlook on Fins & Things

Hells Revenge with Marshall Motoart and Assault Industries UTV – The 5+ rated Hells Revenge trail exposes great expanses of Slick Rock (sandstone) with slopes so steep you will wonder if your tires can maintain traction. The very steep climbs and descents on the slick rock are not for the faint of heart and cannot be bypassed. Hells Revenge crosses the famous Slickrock Bike Trail, a mountain-bicycle trail. Wednesday -Gold Bar Rim, Golden Spike, Rusty Nail and Hells Revenge –The 6 rated Golden Spike trail is one of the most popular. Challenging obstacles, nonstop scenery, and a road surface between obstacles that makes for a comfortable slow steady pace helps keep this long trail popular. The trail was developed at the 1989 Easter Jeep Safari as a connection between the Poison Spider Mesa and Gold Bar Rim trails. A group of 4-wheelers started breaking trail from each of the original trails and worked toward each other until they met. Realizing the similarity to the meeting of the railroads coming from the east and west which was also in Utah, they christened the new trail the Golden Spike. The 8 rated Cliff Hanger trail lives up to its name. You will be hanging on a cliff, negotiating some formidable ledges with Jackson Hole several hundred feet below getting your attention. Metal Masher is a difficult loop off the Gemini Bridges Trail. It takes the better part of a day to travel in a Jeep, but it can be done in a few hours by a well-equipped UTV.  Although several of the obstacles (such as Widowmaker) can be legally bypassed, there is no way around Mirror Gulch, a narrow pass through solid rock. The route travels up to Arths Rim overlooking Highway 191. 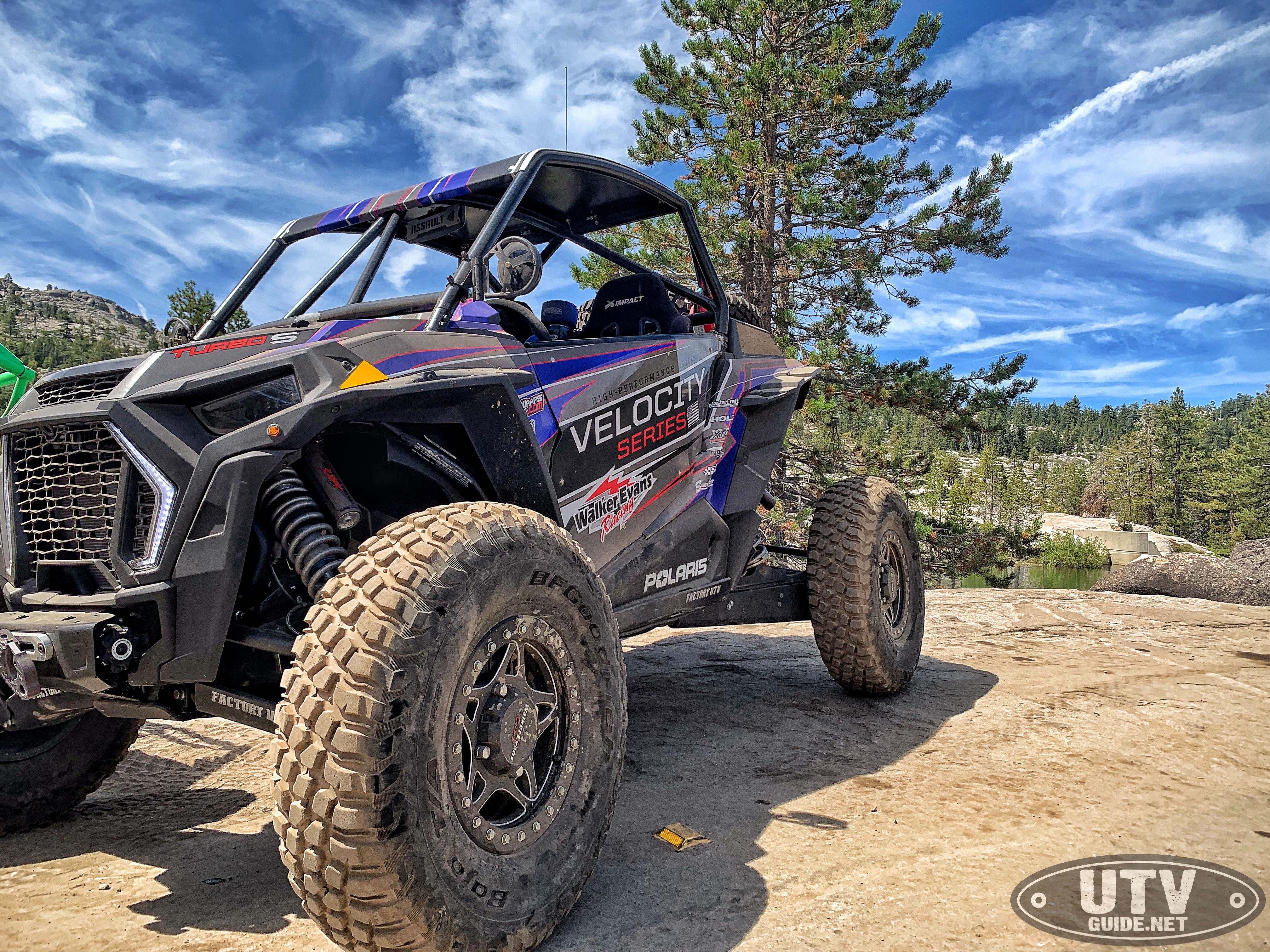