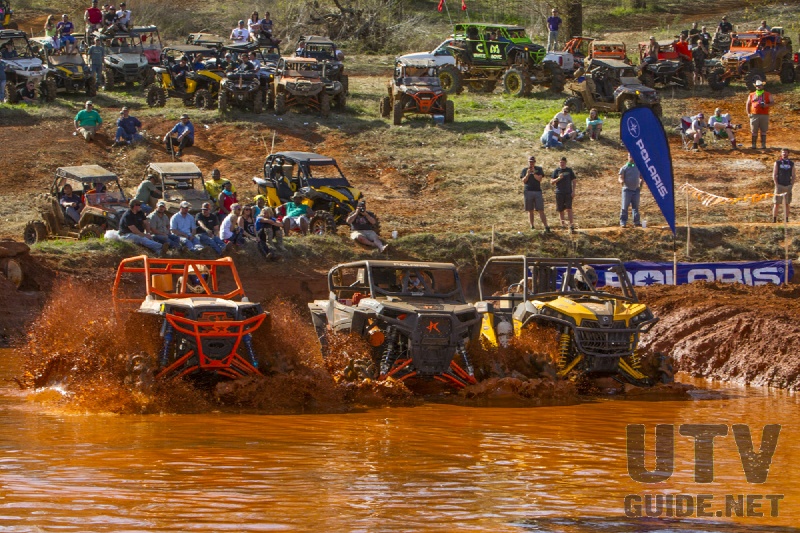 It is all over but the clean up now. Just a couple of weeks ago High Lifter products had their annual event known as the High Lifter Mud Nationals. As it has been in the past, this year was a total success and even mother nature decided to cooperate a little for the over 11,000 attendees. It was the few weeks or month before that had the water in the lower sections of Mud Creek off road park really deep. But hey, its all about the mud right? There was plenty of it. Bad to the Bone Show and shine competition

As an off road enthusiast there are several events that you just have to attend and with one deep south segment of the UTV world the High Lifter Mud Nationals has to be on that list. The mild to wild event nature has so much to offer for those who love to dig deep. If your wondering just what king of side by side madness you can find at the HLMN just stroll through the upper vendor area on Wednesday and take a look at the Bad to the Bone Show and shine competition. This years participants had some serious engineering time as well as hard earned cash tied up in the show. High Lifter brought out one of their latest creations called the “Spider Monkey”. This Polaris Sportsman Ace 570 had been totally ripped apart and a massive 1000cc mill as well as the transmission from a larger sibling had been carefully and craft-fully I might add, dropped between the fenders. There was also the “production” high clearance a-arms by High lifter typically used on their Polaris RZR XP1000 units. Staying with the XP1000 design idea these crazy guys even installed the FOX suspension off of an XP1000. It was a treat to see and also to drive but unfortunately the key holder was not interested in dunking the beast at the event. When the racing started on Thursday it was down at the Obstacle course. I wish I had been in the room when these guys started dreaming up just how they would torture all of the competitors in this one. From huge logs right off the start to a tire garden, mud bog and even buried cars it was exciting to watch. The UTVs had only one seemingly tough obstacle though and that was the massive twin round bails of wheat straw that awaited on the lower third of the course. After a few attempts it was nothing but a speed bump though. One very excited racer even jumped the last hill like he just couldn’t get enough. The S3 Powersports sponsored Endurance challenge began on Friday morning at the High line in unusually high water and the amount of teams entered was low. Its hard to look at a lake and knowing its super deep, probably over 7ft deep drop in point and think about putting a 15,000-$20,000 dollar rig off in it. A pair of very brave Argo 6X6 riders paired up and fought a good fight but the wheels just wouldn’t churn the water fast enough. They were the only “SXS” team involved. High Lifter had taken out the regular straight-line mud bog racing this year in favor of trying an ATV/UTV MX exhibition on Saturday. This left us with the Mudda Cross on Friday afternoon and the competition in the RUV/UTV class was hot. There was one specifically interesting Arctic Cat Wild Cat driven by Michael Poolman. This beast showed up and gave all of the spectators as well as fellow racers a jaw dropping 1.5 laps of extreme racing. There is no word on just what happened to the power plant but for the first time in a Wildcat someone has bumped fenders with top teams in the RUV class including top racers. If the motor had held on and a short lane had opened up this Arctic Cat Wildcat would have made even more of a statement. Other wild racing rigs included a twin turbo Can-Am machine that looked super impressive but something wasn’t jiving in the engine department and it failed to show off. Speaking of UTV racing, three official starters laid down some time on the Moto track but only two started and eventually there was but one. This High Lifter sponsored Polaris RZR driven by Conner Bowlin took everything in stride and baked its was to a win launching each jump like a pro. This is definitely something that could grow with exposure and awareness at the event. I bet next years UTV MX teams will be lined up to make a statement. The High Lifter Mud Nationals is an exciting event and if you happen to be in the Jacksonville Texas area around the end of March in 2016 you owe it to yourself to stop in. The events are great and the food is delicious but the people-watching is a number one must do!

High Lifter Products, Inc. has been leading the industry in the development and marketing of unique, after-market accessories for UTVs and ATVs since 1996.  Originally a one-man, hobby, High Lifter has since grown into a multi-million dollar corporation, operating a 27,700 square foot facility housing a retail showroom, warehouse, and performance shop.

Based in Shreveport, Louisiana High Lifter has earned a reputation for product development and collaborations with several OEMs that greatly enhance utility and performance for customers in the ATV market.  High Lifter is well known within its niche market for the creation of the largest outdoor, mud-riding venue in the country. High Lifter plays host to tens of thousands of ATV riders from all over the globe each year at its annual Mud Nationals event in Jacksonville, Texas.

High Lifter fans and customers know where to go for the best information, products and value. A comprehensive product catalog can be found at the company website, www.highlifter.com where visitors can also get the latest information, browse photo galleries, and participate in High Lifters popular online forum. Or, check out the latest from High Lifter atwww.facebook.com/highlifteratv. 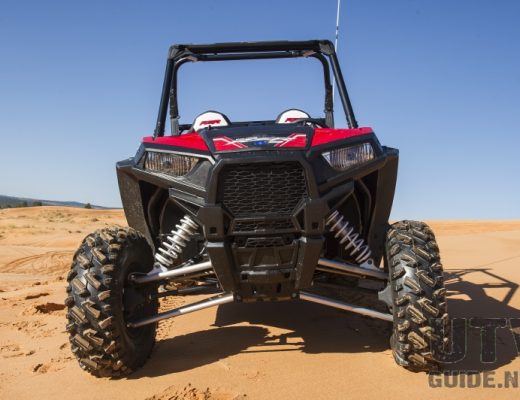 Kawasaki Teryx on the Rubicon Trail