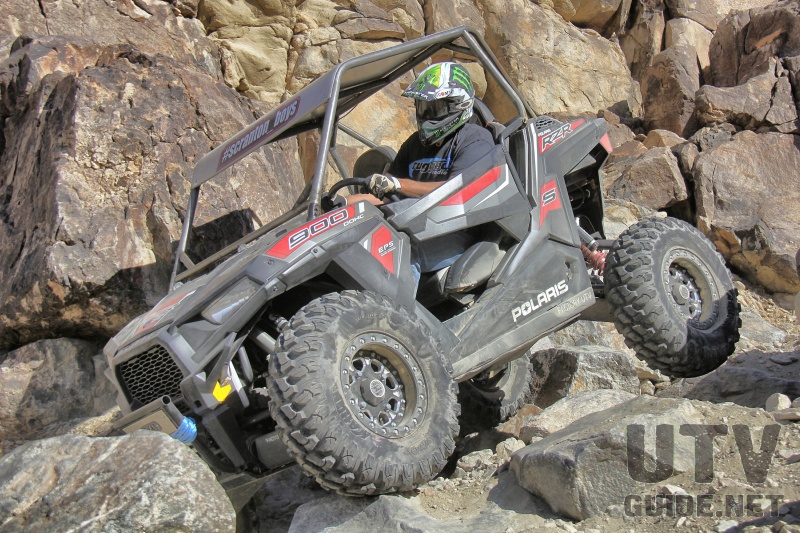 We traveled to Johnson Valley OHV Area to do some pre-running for the 2015 King of the Hammers UTV race in February.  This year’s race is sponsored by Polaris, so I expect the number and caliber of racers to both increase.

After driving the new 2015 Polaris RZR S 900 at a media event in  September (see RZR S 900 review), I was intrigued by its design and started playing around with the thought of racing it this year. Once I got my demo unit home, I added Factory UTV skid plate, a-arm guards and rock sliders and 30-inch tires and took it out to Prairie City SVRA to see if it could handle larger tires. I was happy enough with the performance in the rocks and around the short course that I took the next step in preparation for racing it at King of the Hammers.

I brought the car down to IMG Motorsports where Bruce and Tommy Scranton built a lightweight six-point cage and bumpers. We installed a Polaris 4500 lbs winch, Pro Armor seats and harnesses and I mounted up a set of 30x10R14 GMZ Kahuna tires on HiPer Fusion beadlock wheels. Then it was ready for round two of our testing.

There is nowhere in the world like Johnson Valley, so if you want to test a vehicle for King of the Hammers, you better get there to do your testing.  We arrived on a Thursday night, and my co-dog Tommy Scranton would be there on Friday about noon.  I hooked up with Lanse and Jared from Rally on the Rocks, and also John Duckworth who bought my 2014 RZR XP 1000.

On a side note, I have a side bet going with Dean Bulloch on the 2015 KOH UTV race.  He is an Arctic Cat dealer out of Cedar City (D&P Performance) and is racing a Wildcat Sport and I will be racing the RZR S 900.  Both are new 60-inch units for 2015 so we figured it would be fun to have a race within a race – Arctic Cat vs. Polaris and Bulloch vs. Crowley.

Friday morning we decided to run Chocolate Thunder and Wrecking Ball.  I decided to use our Arctic Cat Wildcat Sport so that I would know what I was up against on race day with Dean Bulloch. We raced across the valley floor over to Chocolate Thunder.  This spot is the biggest spectator area during the race, so there is some pressure from the crowd, plus there is one spot that is tough in a UTV with a decent chance of rollover.

I had recently added Factory UTV skid plate, a-arm guards and rock sliders and GMZ 28-inch Cut Throat tires.  The Wildcat Sport has plenty of room for larger tires, and I wish that I could have run 30-inch tires, but that is what I had. Jared and Lanse from Rally on the Rocks on Chocolate Thunder After Chocolate Thunder, we made our way over to Wrecking Ball.  This trail is one of the tougher trails we have run during the King of the Hammers UTV race the last two years.  One obstacle is a winch only spot for UTVs. The Wildcat Sport had good throttle response and the clutch felt good even with the larger tires.  We did end up on the skid plate a few more times than I would have liked, and I wish that I had 30-inch tires on it for a fair comparison. One thing is for sure, the Wildcat Sport is a very light and nimble UTV.  It tops the scales about 150 lbs. lighter than the RZR S 900!

After Wrecking Ball, we decided to have lunch back at camp and pickup my RZR S 900, then do the desert from Main Camp to Elvis, then run the course over to the sand hill at Race Mile 48.5. Two of my main concerns for the RZR S 900 at King of the Hammers were the low gear ratio (much higher than other RZRs) and would it have enough power to climb the sand hill. I was eager to see how the RZR S would do. The afternoon run to the rocks in Elvis and over to the sand hill was a big relief. The low gear while not perfect for extreme rock crawling felt good enough on Elvis, and at the Sand Hill, I was thrilled when I was able to rip right up the sand hill.  Maybe the taller low range helped there?  Or was it the Kahuna tires? Whatever the case, I was able to almost come to stop and still keep it running to the top!

I am thrilled with how the RZR S 900 performed in Johnson Valley.  With the few mods I have made, it is quite the rock crawler.  Next I will turn my attention to adding a few more things that are needed to race like a horn and radios, then I focus on suspension.  The desert sections are extremely rough and the factory 2.0 FOX shocks just can’t be expected to perform for any distance.  We will be looking to install a set of 2.5″ shocks as soon as they are available.

Past King of the Hammers Coverage: 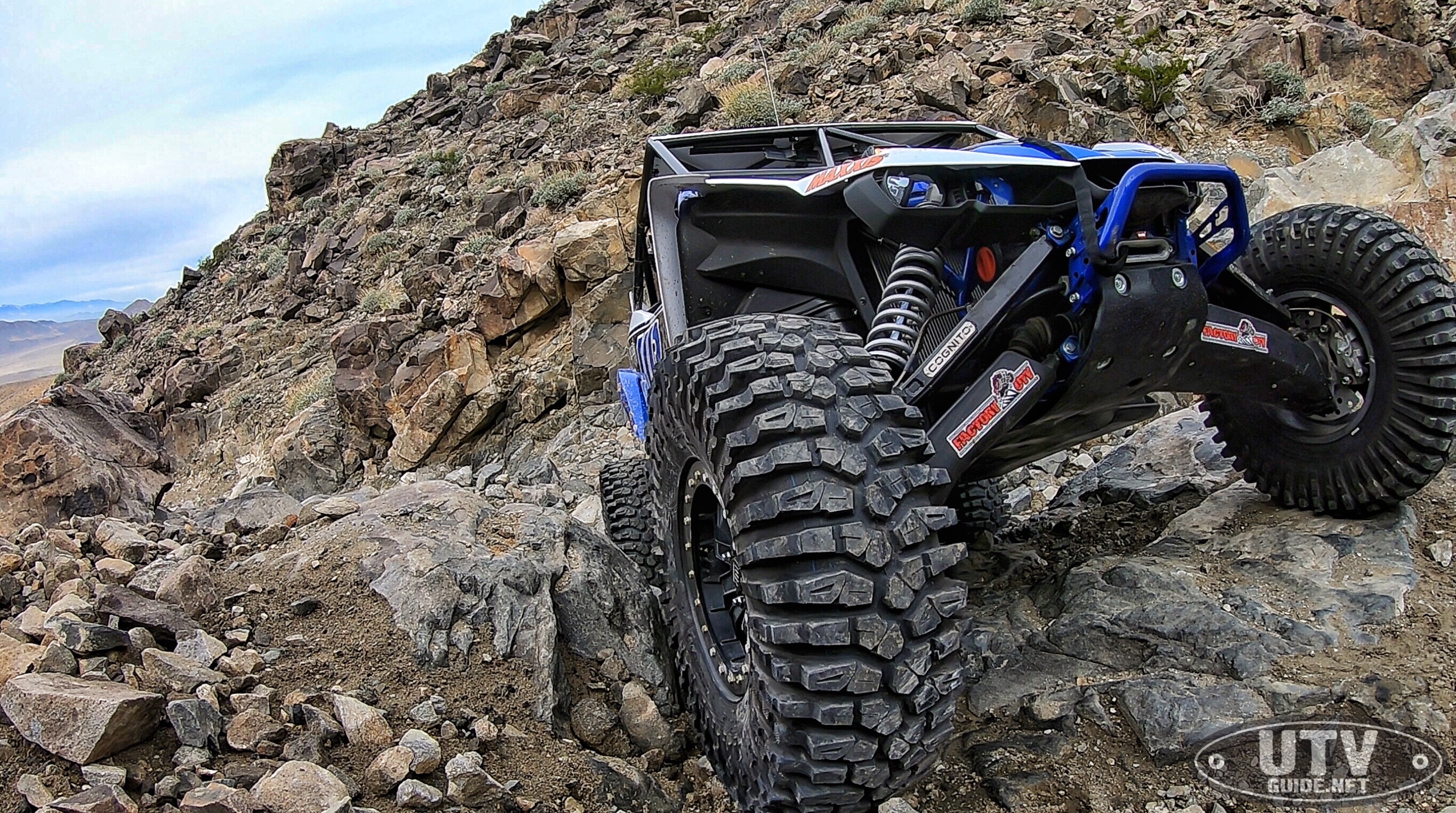 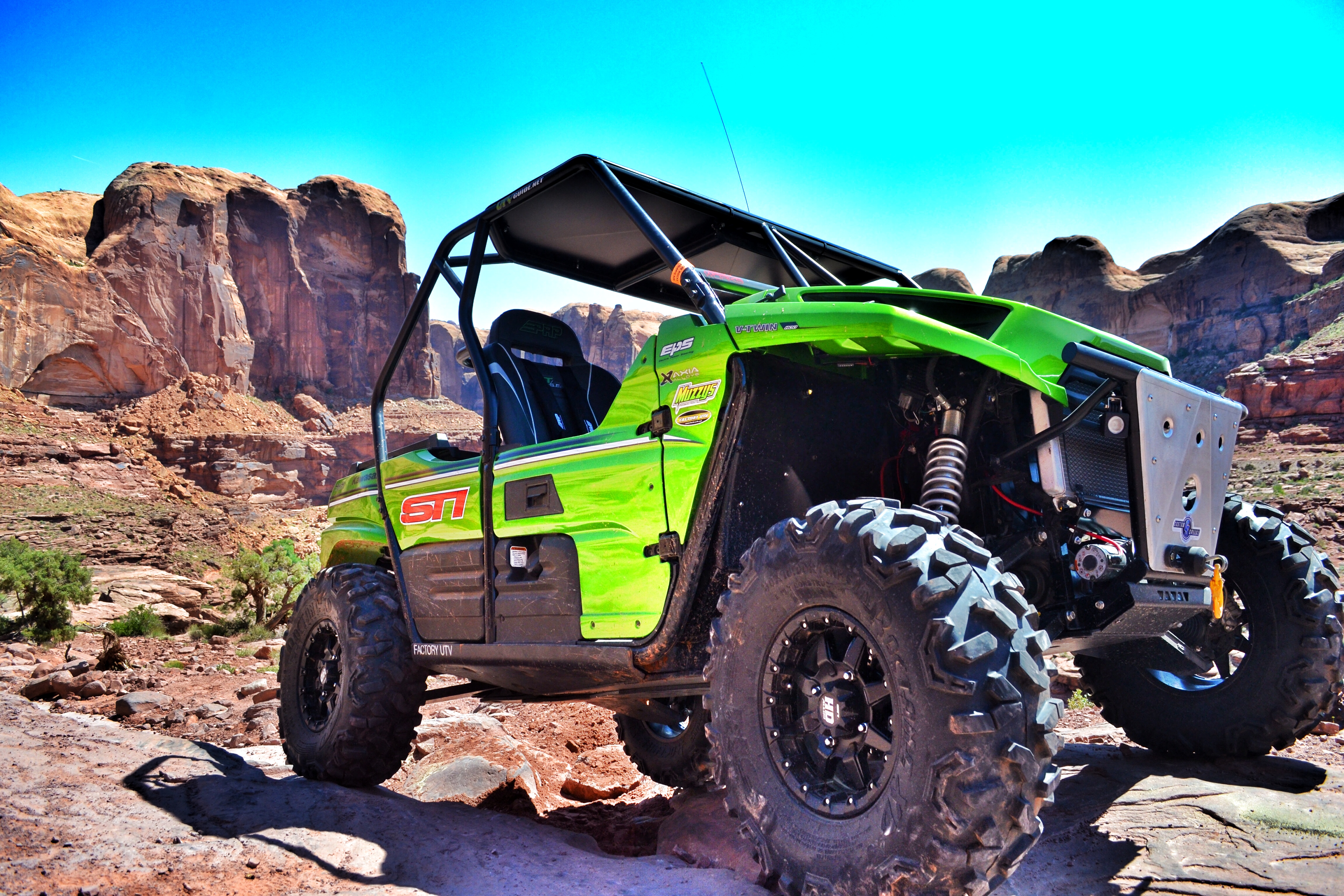 Kawasaki Teryx Takes on Rally on the Rocks