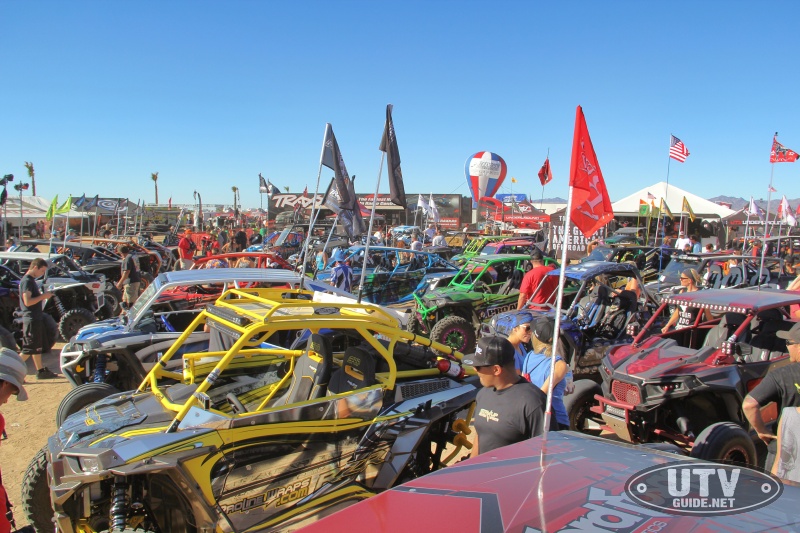 For many residents of Southern California, spending Halloween weekend in Glamis is just a given. For myself, coming from Charlotte North Carolina, trips out west are few and far between so when the opportunity to attend the biggest UTV party of the year came along, I couldnt get my flight booked fast enough.

While many people arrived early in the week, the event technically didnt begin until Friday November 30th. Unfortunately high winds pushed the official opening of Camp RZR west back a few hours which ended up working in my favor as I arrived in Southern California a little before noon on Friday. For those who may not be familiar, Camp RZR west is basically a one off UTV festival held in Imperial Sand Dunes Recreation Area, designed to celebrate the people and products of the UTV Industry. Attendees have the opportunity check out all of the vehicles offered by Polaris, take demo rides and connect with many of the largest companies in the UTV industry. New for 2015, Polaris announced just days before the event that Terracross, the popular closed course UTV racing series, would be holding its final two rounds of the 2015 season in conjunction with Camp RZR. This would bring out a number of big name racers and celebrities to partake in all the excitement of Camp RZR. Due to the high winds, things got off to a bit of slow start on Friday however the demo fleet was being put to good use and the Terracross racers put on a good show, qualifying for the first of two main events to be held the weekend. Unfortunately high winds means poor visibility so any chance of getting some seat time Friday night was pretty much a pipe dream. Instead, a few friends and I made our way to a local hot spot, Hot Rods and Beer, to drown our sorrows in the best $10 steak Ive ever had. The next morning, while most people were still sleeping off the previous nights excitement, Jon Crowley and I decided to venture out for some early morning sunrise shots of the new Polaris RZR XP Turbo 4 and his FOX Edition RZR XP 1000. I had the good fortune of getting behind the wheel of the XP Turbo 4 seater and to say I was impressed would be a grave understatement. Stay tuned for a first ride impressions report in the coming days. Although the high winds put a damper on our riding plans the night before, the residual affects meant miles and miles of pure, untracked sand for us to play in the next morning. The combination of clean sand and early morning sunlight made for some awesome pictures as we put both machines through their paces. Having a blast in the new Polaris RZR XP4 Turbo

Back at Camp RZR Village, things were just getting warmed up for a full day of activities. Die hard duners who were up for the trip were treated to a free breakfast at Duners Diner compliments of FOX and thousands of people waited in line for their chance to spin the Polaris Prize wheel. Polaris and supporting vendors gave out over $200,000 dollars in prizes over the course of the weekend ranging from Go Pro Cameras to seats, exhausts and even complete vehicles. The Terracross course was hopping for most of the day as organizers ran the final for Round 5 on Saturday morning before starting all over again with qualifying for round 6 which was to be held under the lights Saturday night. Womens motocross champion Sara Price dominated the womens class all weekend, taking home first place in both rounds and wrapping up the season championship as well. 2014 champion Jason Luburgh took the win in Round 5 Saturday morning and would go on to wrap up the 2015 Championship in Round 6 despite Mitch Guthrie Jr.s dominant performance in the night race. Terracross racing wasnt the only high flying action happening at Camp RZR as a number of Polaris athletes dawned Halloween costumes for the celebrity 170 race. 2015 WORCS champion Ryan Piplic competed as a Power Ranger and RJ Anderson, star of the popular XP1K video series appeared to be dressed as Harry Potter. To make the racing more interesting, a number of industry regulars were invited to dress in banana costumes and pelt the drivers with water balloons as they made laps on a portion of the Terracross course. Add in Jack Links Sasquatch mascot and you definitely had a recipe for randomness. The show n shine didnt disappoint and it was neat to see a number of high profile builds from around the industry present. Proline wraps came with both their Atomachrome and Ice Breaker builds, TMW Offroad had the LS2 Powered Project Werewolf on display and Muzzys Performance entered both Purple Haze as well as their highly modified Captain America themed RZR 170. In a very admirable gesture, all three of the top finishers from the show n shine donated their winnings to Warfighter made, a non-profit that provides recreational therapy to our nations wounded veterans. The night concluded with the world premier of the new XP1K3 video featuring RJ Anderson and the grand prize drawing for four Polaris RZR XP Turbos. Yes, Polaris gave away FOUR brand new RZR XP Turbos. Thousands of people flooded Camp RZR village and stood shoulder to shoulder in hopes of being one of the lucky ones whose name was called. To add to the suspense, organizers picked ten finalists to come sit on the stage and one by one, open envelopes that had been taped to the bottom of their chairs. No one walked away empty handed, but four very ecstatic people left camp RZR with much more than they bargained for. With Camp RZR West in the books and most people packing up and heading for home, Sunday morning provided one last opportunity to hit the dunes. Because of daylight savings we got a little bit later of a start than planned and the lighting wasnt as spectacular as the day before but we still managed to get some great photos and had one final hoorah to cap off a great weekend. Out with the crew of Grounded4

Not only does Polaris manufacture industry leading off-road vehicles but their team does an exceptional job of connecting with and engaging their users. Camp RZR West was a celebration of all the things that RZR stands for and more than anything, was Polariss way of saying thank you to the thousands of people who have helped make Polaris one of the most trusted and recognizable brands in the off-road world. 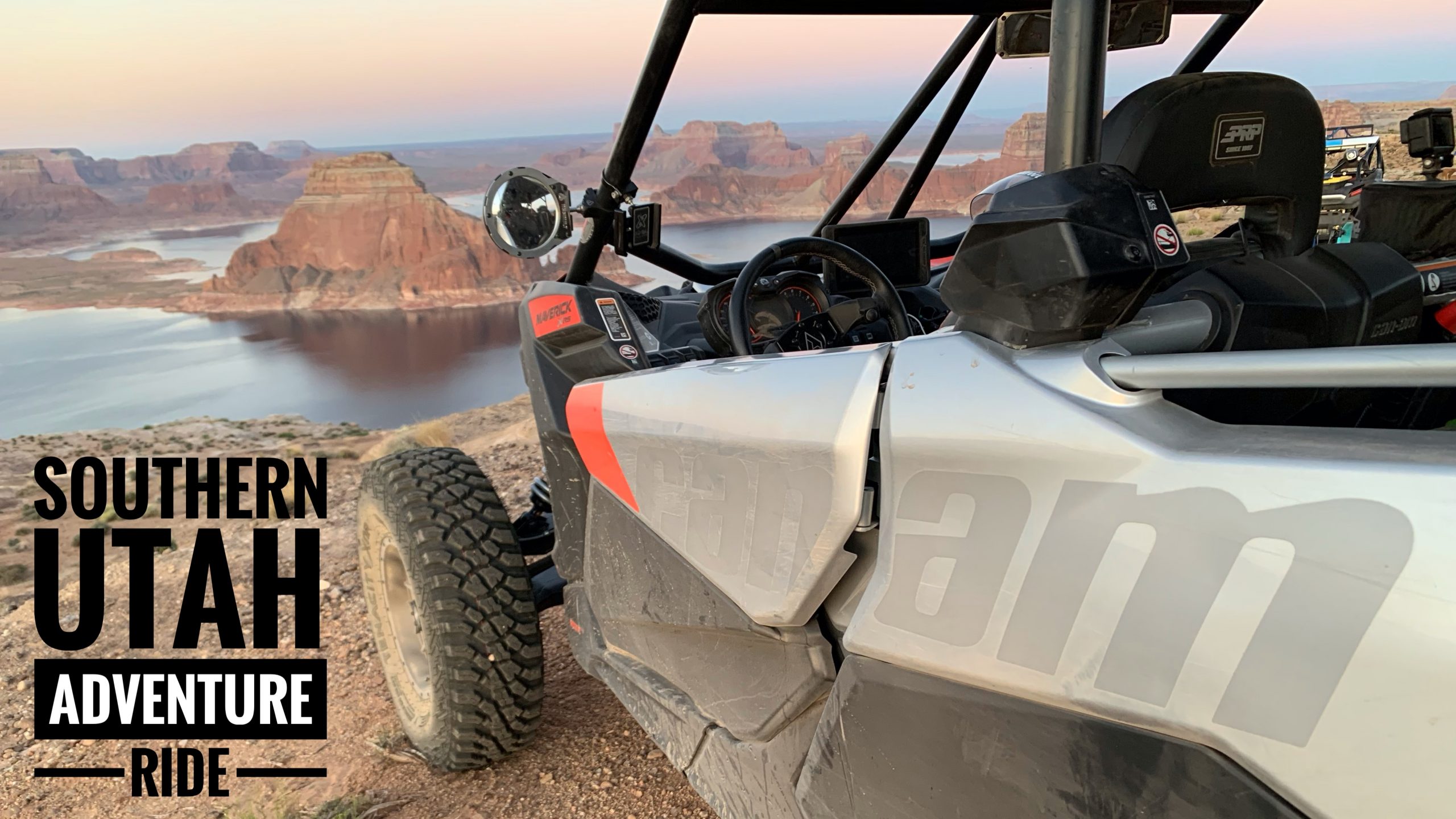