By Cody HooperThe second iteration of Polaris Camp RZR customer appreciation event was this Halloween weekend in the vast sandy playground that is Glamis. Located in Southeast California, the 45 mile-long stretch of dune heaven hosts some of the biggest off-road parties in the world. This year, Polaris pulled out all of the stops and put on a huge show, complete with vendor showcases, RC car races, a Show n Shine competition, and much more. The fenced-off camp hosted machine walkarounds, a full-fledged mobile Polaris repair shop, and an enormous LED screen showing some of the hit UTV videos produced this year. Polaris even invited pro racers, executives, and celebrities to race a fleet of stock RZR 170s around a custom-built track. Dax Shepard, an actor and avid RZR enthusiast, joined the fun and put on a heated race with Joey D. After the dust settled, it was Polaris own Craig Scanlon (GM of the Polaris off-road line) who took the #1 plate.

Polaris even offered free catering during lunch time, where any dune patron could walk in and get a free bite to eat while browsing all of the eye candy at the show. Kids enjoyed bounce houses, arts and crafts, and plenty of games, showing that Polaris is just as dedicated to family fun as they are to racing.

Polaris offered up free demo rides in the RZR XP 1000 and the brand new RZR XP 4 1000. And the ride wasnt just a quickie through the baby dunes, it was a 20 minute ride out to Oldsmobile Hill and back around to Camp RZR in Glamis Flats! When the show and shine competition opened up, over 40 custom Polaris RZRs entered the compound and lined up to be judged. Tons of prizes were donated by big names in the industry, and there were four main categories, including best paint/graphics, best electronics, craziest custom build and best in show.Before the results of the show were announced, UTV Underground led what was perhaps the largest group ride Glamis has ever seen. Hundreds of cars lined up and went full-wood into the dunes, charging hard side by side and traversing some of Glamis best dune lines. The first stop was atop Oldsmobile hill, where the enormous group watched some of the built cars drag race up the huge dune as the Mad Media helicopter buzzed by and took some incredible video footage. The next stop was at a huge floater jump near Osbourne lookout, where dozens of RZRs proceeded to jump further and further for the cameras and onlookers. Some of the cars were skying well over 80 feet down the back side of the dune.

When the group returned to the Camp, the Show N Shine results were announced.

The Most Extreme title went to Tim Gantz, who has hung on to his original RZR 800 50 unit through all of the XP releases. His car features a turbocharged APEX motor swap, a custom 10 wider long-travel suspension kit, and huge King Coilovers with secondary bypass shocks. Tims car beat out UTVGuide.nets own Beast build by just a few bids!

Best in Show went to Johnny Angals custom UTV Inc-built Gold RZR XP 1000. The build featured a custom cage, doors, color-matched suspension, and a huge sandcar-style wing. It was a hit at the show, and had many onlookers drooling over the incredible attention to detail that went into the build. In addition to what normal RZR enthusiasts saw at Camp RZR, editors from around the country were invited to Glamis for the RZR XP 4 1000 press event. Polaris tossed us the keys to our very own demo units and said go have fun! They didnt have to twist our arms to hard. Be sure to check out theRZR XP 4 1000 Review from UTV Guide.

Polaris dedicated the entire Camp RZR event to their consumers and fans, showing just how appreciative the company is of their fan base. Free suspension tuning and repairs were offered to anyone who owned a Polaris product, and the engineers and mechanics on duty provided service with a smile. It seemed as if every Polaris employee who had anything to do with the RZR line was at Camp RZR, meeting and greeting the consumers with a happy and helpful attitude.

At the closing of Camp RZR, Polaris put on a fireworks show that lit up the entire dune scape. Rivaling the show put on by theme parks on holiday, Polaris stellar show could be seen from any camp in Glamis. The show lasted a good 15 minutes, and was followed by cheers that echoed throughout the sand.

Polaris gave away a brand new Polaris RZR XP4 1000 at the event as well. Brent G. from Hesperia, California was handed the keys to the 15-day old XP4, topping off a customer appreciation event that put a smile on everyones face.

If you missed the Camp RZR event this Halloween, dont worry- Polaris is talking about doing it again Thanksgiving weekend 2014, and you can be sure they wont quit then. Polaris is proving they are here to stay, and making sure that their customers know how appreciative they are to have their business. Well done, Polaris, keep it going! 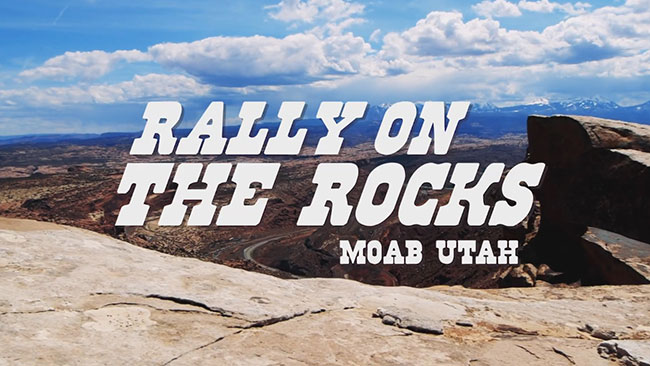 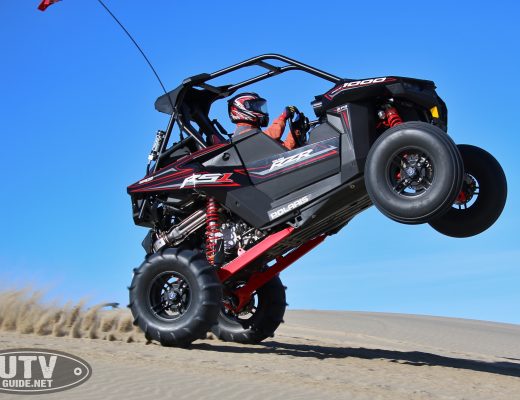