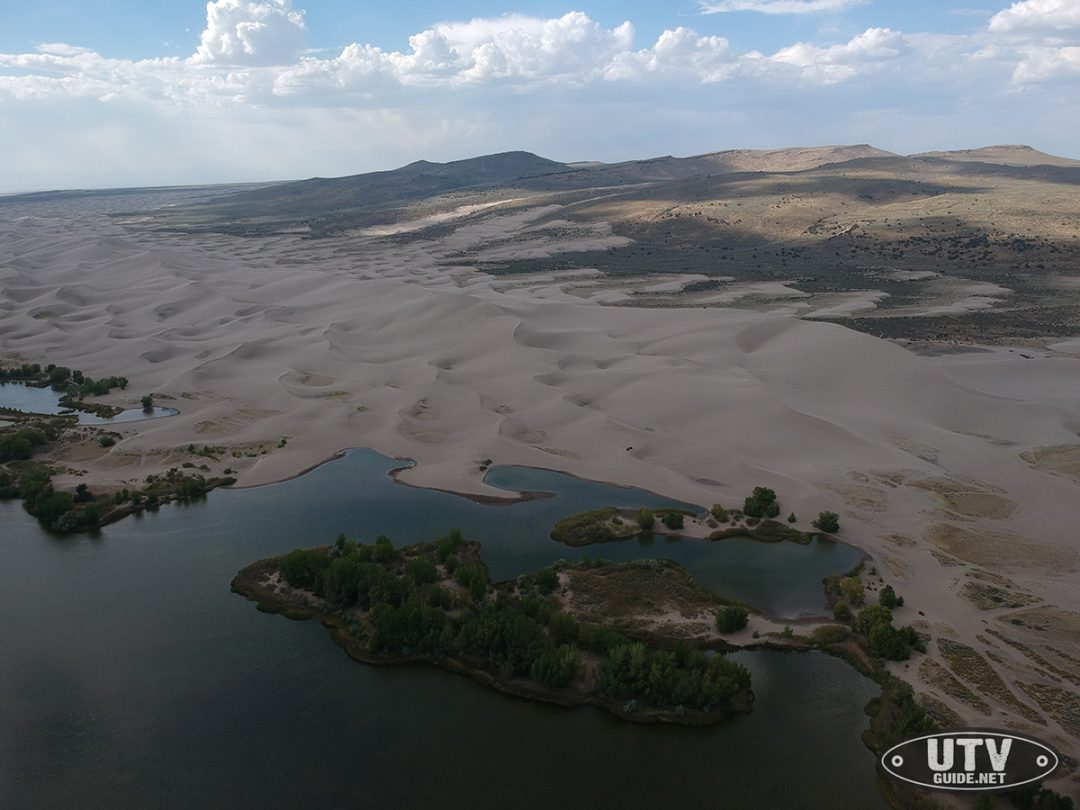 St. Anthony Sand Dunes in  Idaho is one of those places if you go once, it’s a safe bet you’ll be coming back. Maybe not as often as you’d like, but if you like big dunes and tons of sand, it can’t be beat. Plus you don’t get near the volume of people as other duning locations like Glamis and Dumont, especially on holiday weekends. While it is a bit of a trek for some folks, the payoff is well worth it.

St. Anthony boasts more than 10,000 acres of the biggest and tallest rideable sand dunes in North America. While that might seem small in comparison to the tens of thousands of acres of sand in Glamis, you’d be hard pressed to find a bowl as big as Devil’s dune or a hill as steep as Choke Cherry Hill anywhere else in the country. The dunes stretch nearly 12 miles in length and reach as high as 5,000 feet in elevation. Hot spots among visitors are Thunder Mountain, Egin Lake and Dead Horse Bowl in addition to Devil’s Dune and Choke Cherry Hill.

On our most recent trip to St. Anthony for the UTV Invasion (see 2018 UTV INVASION POWERED BY EVOLUTION POWERSPORTS RECAP), we decided to put together another dune tour story to help would be visitors navigate their way around the dunes. Getting lost isn’t so much a concern as getting turned around and then finding yourself out of gas before you can make it back to camp. Egin Lake is about the only geographic landmark worth mentioning as the rest of the area surrounding the dunes is comprised of sage covered hills and farmland. Because we were staged at Idaho Dunes RV for the UTV Invasion, that will be “home base” for the purpose of our story. IDRV is one of two privately owned full service campgrounds in the area offering a variety of amenities and direct access to the dunes. IDRV boasts 56 full and partial hookup RV sites as well as 25 acres of dry camping, coin operated showers, a store, ATV and UTV rentals and free WIFI (in case you were wondering).

Direct dune access is provided via a mile or so long sandy road that spills out into the dunes. Immediately to the east is an area commonly referred to as “the little dunes” consisting of smaller dunes, sandy trails and several areas of exposed lava rock. This area is generally less crowded because, well why ride small dunes when you can ride the bigger ones? On the absolute easternmost part of the small dunes lies Sand Hills Resort. This campground looks like a literal island oasis as it’s large shade trees and green grass is surrounded on all sides by sand. Sand Hills Resort offers 109 full or partial hookup RV sites as well as dry camping along with showers, a playground, General Store and of course, free WIFI. It’s definitely a scenic spot however due to it’s location, you’re in for a haul any time you want to ride the big dunes. You might be able to make it to Devil’s Dune and back on a single tank of fuel but you won’t have much extra for playing around on the way.

Heading due west from IDRV you’ll weave through a few small dunes and some grass clumps before arriving at Thunder Mountain. Technically there is a designated route that runs the length of the dunes but we’d recommend not relying on it because the markers are few and far between in some spots. Generally speaking if you follow the most tracked up part of sand, you’ll eventually pop up at one of the hot spots. Thunder Mountain is a popular gathering place because of it’s proximity to the three camping areas. Almost any time of day you’ll find a group of people racing up the hill and it really comes alive at night. Immediately south of Thunder Mountain is Egin Lake and the BLM operated Egin Lakes Campground. This campground offers 48 first come first serve sites as well as a day use area and small store. If you don’t require water and power, this is the most ideal location simply because of it’s proximity to the big dunes. It’s also the cutoff point for the winter dune closer. January 1st through April 1st, everything west of Egin Lake and Thunder Mountain is closed. Granted, with temperatures well below freezing and lots of snow accumulation on the dunes, we’re not sure how much fun it would be to ride during the winter, but for those who dare, the eastern portion of the dunes remains open year round. Head further west from Egin Lake and you’ll get a feel for why this area is referred to as “the big dunes.” Unlike other areas where there is a single tall dune that overlooks the surrounding area, in St. Anthony, you’ll scale one dune simply to find another one and yet another beyond that. Venture out in the morning and chance are the wind will have erased any tracks and you can be the first to ride the pure, untouched sand. As you’re headed west, right about the time you start wondering if you took a wrong turn you’ll get a glimpse of Choke Cherry Hill. “Choke” sits on the north side of the dunes right where the sand and sagebrush come together.  It’s arguably the steepest dune hill in North America and a popular place for people to come and race for bragging rights. Directly south, just over the top of Choke Cherry Hill lies Dead Horse Bowl. It’s a long haul to the westernmost point of the dunes but Devil’s Dune is well worth it.

A mile or so beyond Choke Cherry Hill and just about as far west as you can go lies Devil’s Dune. There really aren’t words to describe it other than, bigger than anything you’ve ever seen or ridden. From the opposing side, UTVs and sand cars look like little ants as they make their way around the massive bowl. If you like showing your passengers a good time, throttle up and head straight down it and they’re stomachs will hit the floor from the G forces at the bottom.

After leaving Devil’s Dune, on our way back to camp we drove along the base of Choke Cherry Hill before crossing to the southern edge of the dunes. This is one of the designated routes and it provides a more mellow ride back to the Egin Lake area as opposed to the big dunes.

Once you’ve past Egin Lake, you’re just a couple of miles from the entrance to IDRV. Anyone who’s been there before knows to look for the American flag that marks the trail back to the campground. If you’re not familiar with the area, it’s probably best to ride the southern perimeter line so as to not miss the flag and end up all the way back at Sand Hills Resort. The view from Sand Hills Resort with the dunes stretching out of sight to the west.

The bottom line is, we can tell you how amazing the dunes are in Idaho until we’re blue in the face but you really won’t get the full effect until you experience them for yourself. Not until you’re leaning forward in your seat hopping that somehow helps you pick up a few extra horsepower while climbing Choke Cherry Hill or until you experience the G forces allowing you to stick to the side of Devil’s Dune will you really understand how spectacular this place truly is.

Whether you come for an event like the UTV Invasion or an off week or weekend, the point is that you come. If you’re driving a long distance, we definitely recommend making a reservation at one of the area campgrounds to ensure you’ve got a place to stay with dune access. 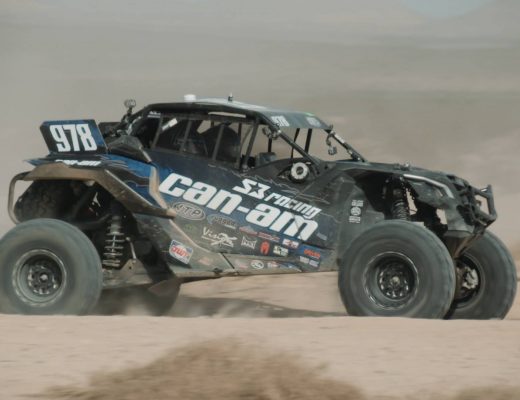