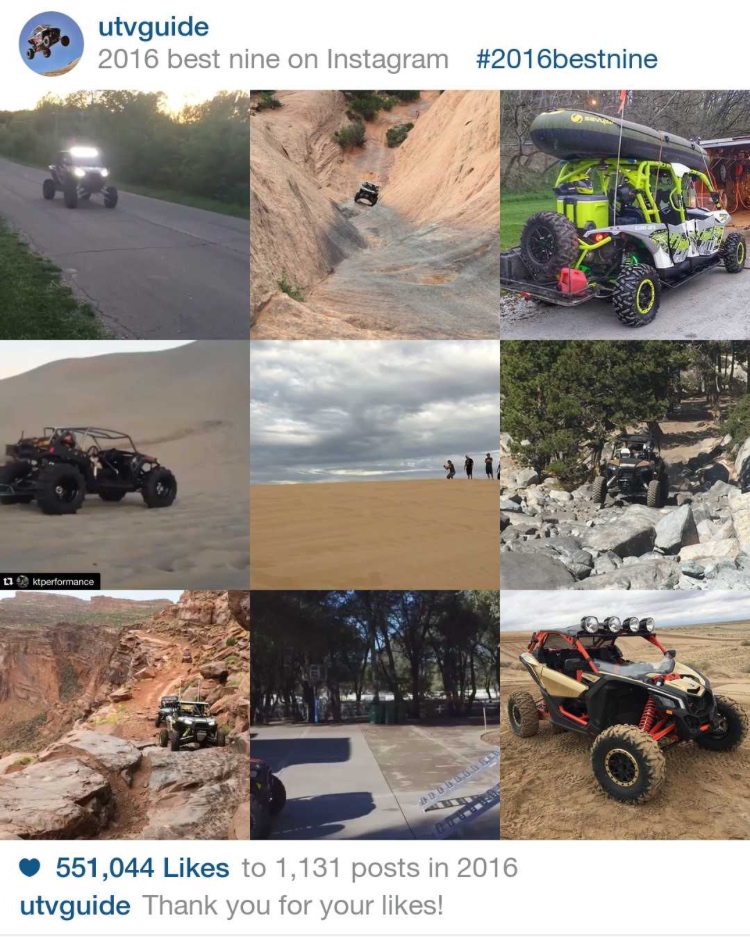 2016 was quite a year at www.UTVGuide.net and it is interesting to look back on social media to see what popped. Here are our top nine posts for “Likes” during 2016.  We appreciate all of your support online, and if you haven’t already done so, give us a follow on Facebook at www.facebook.com/UTVGuide, Instagram at  www.instagram.com/utvguide and Twitter at www.twitter.com/utvguide.

#TBT to that time when we loaded our #RZRXPTurbo on the truck rack. Vote for us here: http://rzr.mn/WURsQt or link is in our profile

One of our favorite custom builds for the year was our 2016 Polaris RZR XP Turbo built by TMW Offroad. This car was built to compete in the Polaris Show N Shine Contest, and unlike many other media outlets that built trailer queens, we used our RZR XPT as intended! This video shows us loading it on our Alpine Designs truck rack. Our RZR XP Turbo on Hells Revenge at the 2016 Rally on the Rocks in Moab, UT.

2016 SxS Wars in Dumont was in its second year and the boys from K&T Performance are always top contenders. In this post, we caught them running up the hill while testing their Z1 powered RZR.

K&T Performance takes the win in the Unlimited Class

#cliffhanger in the rain? Why not! Who else is ready for @rallyontherocks ?

Rally on the Rocks in Moab, UT is one event we look forward to all year, so it is fitting that a #TBT (Throw Back Thursday) made it in our Top Nine for the year.  In this video, we are navigating “Cliff Hanger” in the rain during the 2015 Rally on the Rocks event. The car we had at the event in 2015 was our FOX Edition RZR XP 1000 built by SDR Motorsports.

Wheelies always attract attention on social media, and Jordan’s technique on the pavement got his RZR wheelie video enough for a top nine spot.

Catching big air is another way to get yourself likes on Instagram. While at Camp RZR 2016 in Glamis, we met up with the boys from Bikeman Performance and watched Jason Luburgh take flight in his Polaris RZR.

Breaking the new #rockcrawler @polarisrzr #xp1000 properly on the #RubiconTrail today. This thing is completely stock other than the Polaris spare tire carrier and it does awesome in the rocks. 55% lower low range is incredible. 30-inch @proarmor tires work great. Standby for a full review. #CrowleyEdition

We love to rock crawl, so when a new model comes out, we often head to the world famous Rubicon Trail to see how they perform in a real world test.  It this video, we are testing a stock Gold Matte Metallic LE Signature RZR XP 1000 on Little Sluice on the Rubicon Trail. Follow this link to see our full Rock Crawling Review of the Gold Metallic RZR XP1000. We were so impressed with this new RZR that we are going to race it at the 2017 King of the Hammers (see 2017 King of the Hammers Buildup).

Whole lot of adventure stuffed into this @canamofficial Maverick!

People love to go on adventures, so when you pack this much fun into a Maverick MAX, people love it!

Another #TBT from Rally on the Rocks made our top nine from 2016.  In this video, we are climbing Hell’s Gate in our FOX Edition RZR XP 1000. This is a very steep climb and we missed the proper line near the top which added a little pucker factor that people liked.

Try to out-drive the @kchilites in this @canam X3 rocket ship. 70w HID Carbon PODs will do the trick! #kchilites 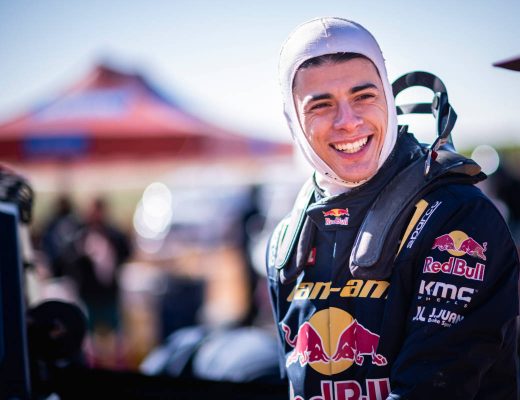