Media Allstars Side By Side Team
In their first attempt at Open Modified class GNCC racing the father/ son duo of Charlie, and Josh Starrett took the win at “The Maxxis General” GNCC in Washington, GA. Starting from the fourth row, the duo nearly pulled the Holeshot, and worked tirelessly to put the #64 machine out front. It would take five laps to get into the lead, but once there they quickly put a minute gap between themselves and the second place machine. The #64 machine performed flawlessly, and made it to the top of the podium with the help of Trinity Racing, Exit Shocks, ARSFX Suspension Components, Hiper Wheels, Maxxis Tires, Outerwears, PRP Seats, Crow Safety Gear, JPMX Bikes and Parts, Big Country Powersports, and the Tarp Shop.
The Morehead Motorsports/ Media Allstars Amateur Powerhouse Team had an impressive debut at round one of the ATV Motocross Nationals in Pell City, Alabama over the weekend. The weather wasn’t always perfect, but the results on the track couldn’t get much better. As a whole the team managed five podiums, eight top fives, and ten top ten overalls. So to say we were relevant is a bit of an understatement. #83 Jake Mcgraw was on fire this weekend, going 2-2 in Production B (and battling with teamate Josh West) to earn a 2nd overall. Jake also put together a solid ride in 4-stroke B going 3-3 for a solid 3rd overall. #5 Josh West put together a solid weekend as well in both the Production and 450B classes earning 4th and 5th overall respectively. Saturday #8 Devin Stenftenagel was on fire in the Open C class, winning his heat race by 17 seconds, but he couldn’t quite edge out his competition in the main. Still taking home a 2nd overall in Open C and 3rd in the Production C class in his first National aboard a 450 is still pretty impressive. #52 Ryan Wheeler also put together two solid motos in the 4-stroke C class earning his best national finish of 2nd overall. #81 Lee Rentz managed a 5th overall in Open C to round out our C class efforts at Round one. #665 Ronnie Higgerson also showed up at Pell City and let everyone in Pro-Am Unlimited know that he is ready to run with the big boys. Ronnie rode his way to a super impressive 2nd in his heat and 10th overall on Saturday! Ronnie didn’t fair quite as well on Sunday in the Pro-am Production class earning a very respectable 16th overall. But just making the field in either of these classes is impressive. Expect some solid finishes from the #665 KTM this year. #636 Mark Batson rode his tail off in the 30+ vet class. He went 12-8 earning a 10th overall in a stacked field. #33 Calen McGinty fought bad starts all weekend long but still managed an 11th in Open B, and both #28 Nacy Stone and #489 Kyle Schonert had weekends that saw lady luck throw them some curve balls. But it’s a long season and these talented riders will both find themselves on the podium soon. It’s pretty safe to say that the Team Morehead Motorsports/Media Allstars Amateur Powerhouse is going to be the team to beat this season.

Lonestar/ Media Allstars Pro ATV MX Team
Pat Brown kicked off the 2010 ATV MX Season last weekend in Pell City, Alabama with a pair of solid rides, and a Top Ten overall finish. The weekend didn’t exactly start right, as a last minute flurry of activity was required to assemble his race bike, thanks to some really late part deliveries. The race bike literally came together less than one hour before it hit the track. As you can imagine, Friday and Saturday were entirely spent dialing in the suspension. If not for the expertise of Norris Quinn, the weekend would’ve turmed out far less favorably. The Honda is a good fit for Pat, and the Yoshimura motor absolutely rips. Based on what we saw at Round One, you can expect to see a gain of about five positions at the next round, and we’re hoping for Podiums and Wins in the very near future. “I’m way ahead of where I was last year at this point, and It’ll only get better from here.” said Pat of Round One.

Cody Grant took the plunge into the Pro class and quickly found out just how cruel the deep end of the pool can be. Like Pat, it was a last minute melee of part swapping to assemble his race machine. Too many parts showed up way too late, and the result was a machine that he just wasn’t used to yet. Once again it was Norris Quinn who came to the rescue, helping mechanics John Woodard, and Dale Batson remedy the suspension woes. The machine was dialed by Saturday morning’s qualifier, and Cody looked good. Unfortunately a faulty fuel pump regulator led to a major get off, and a mild concussion. The crash wasn’t big enough for Cody to give any real consideration to not racing, but it was enough to hinder his performance. The end result was a 15th place overall finish, but more importantly a few valuable points in the Pro class. “I’m just glad to get that first race out of the way, I know what to expect now, and I’ll be ready for Round Two.” said Cody after the race.

About the Media Allstars
Established in 2004, the Media Allstars Amateur ATV MX Team has racked up an impressive Ten National Championships, 91 Overall Wins, 211 Moto Wins, & 390 Podium Finishes. The Team’s unique business model which focuses on presence, and sponsor representation, while grooming future champions has kept them out front since the Team’s inception. The UTV Team was created in 2008 with three drivers; Josh Starrett, Dustin Shuler, and Jorge Cuartas, all three are ex-Motocrossers, and fathers. Year one has yielded two Championships, not to mention Countless Wins, Experience, Memories and Fun. Bring on 2009.
media-allstars.com 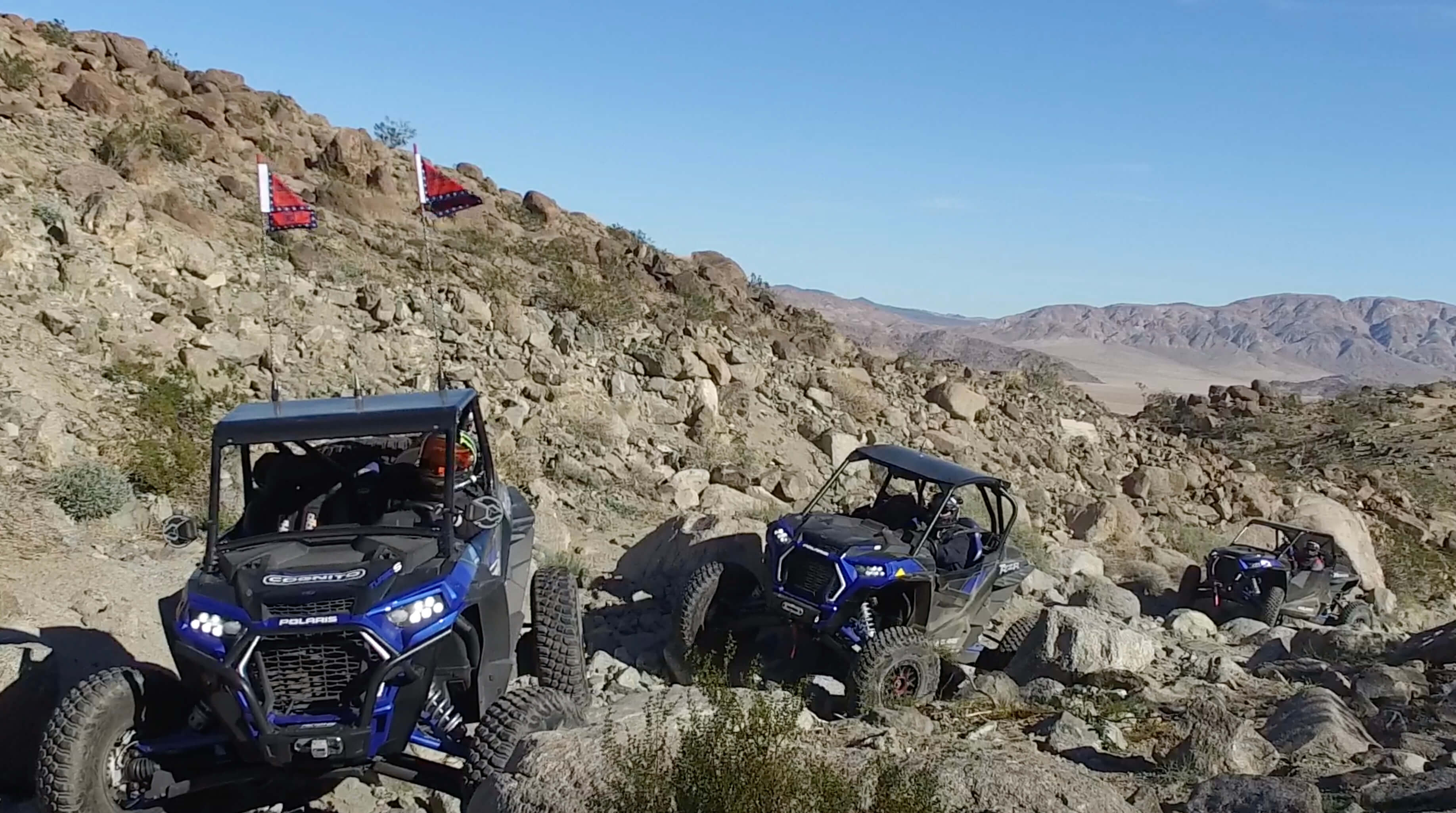 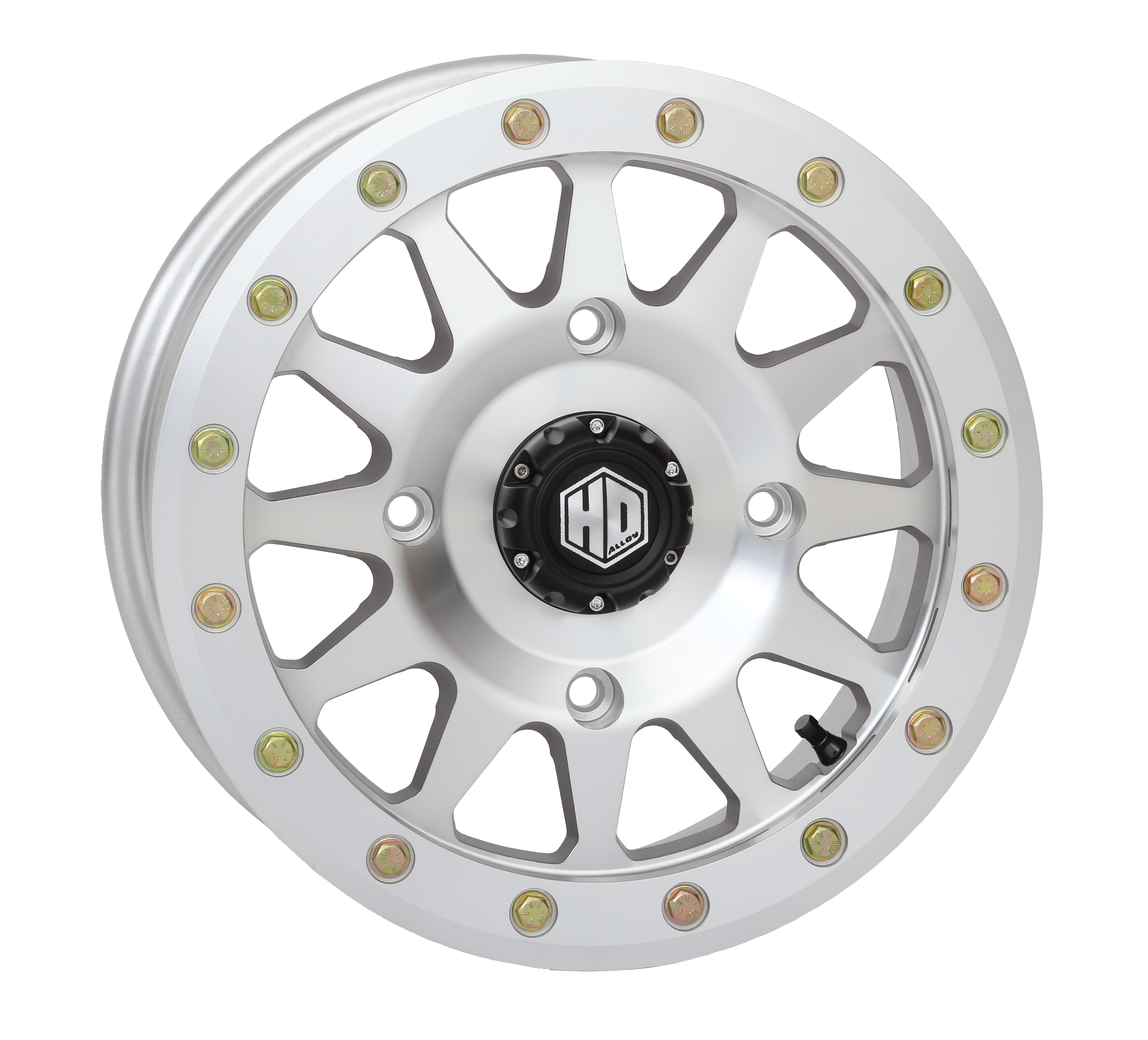 STI Introduces the HD A1 Beadlock