Summary
Gosport Indiana is a new event on the GNCC schedule this year, and the team was looking for another strong showing. The course featured tight woods sections, steep hills and high speed open fields. The weather forecast called for some showers in the afternoon, but throughout the morning and early afternoon, it was sunny and warm. Around 2:30 PM, the skies turned dark, the temperature dropped and the rain let loose. It rained so hard that the Racer Production team had to shorten the afternoon Pro ATV race. It continued to rain and there was discussion as to whether they would even run the 4:30 pm Side by Side race. The problem was high water in the creeks and low areas, and the open field sections were a muddy quagmire. It was awful conditions!

It was decided to run the race for 45 minutes. The teams lined up with both National Guard Polaris RZR XP 900s on the front row. The flag dropped, and by the 3rd turn, all the machines were totally covered with mud. Scott Kiger was 2nd and William Yokley right behind in 3rd. They ran that way for the first couple of laps. The deep ruts were treacherous, and on lap 3, Yokley buried his machine in a mud hole. It was lying on its side, and it took several people and quite a bit of time to get it out. He dropped out of the top 20 teams and tried to work his way back toward the front.

It finally ended for William when his machine came to a sudden stop on the last lap. A dozer had to finally drag him out of the woods back to the hauler. On the other hand, Scott Kiger was having a great race running in the top 2, and actually taking the lead toward the end. The conditions became so bad that the track was totally impassable in a ravine section, and no one could get through. About 20 teams were stacked up, unable to go forward or backward. The promoter stopped the race and reverted back to the previous lap to set the final finishing positions. Congratulations to Scott for his 2nd place finish!

The team heads home to clean the machines and prepare for the next GNCC race in Patton, Pennsylvania in 2 weeks. We’ll see you there! 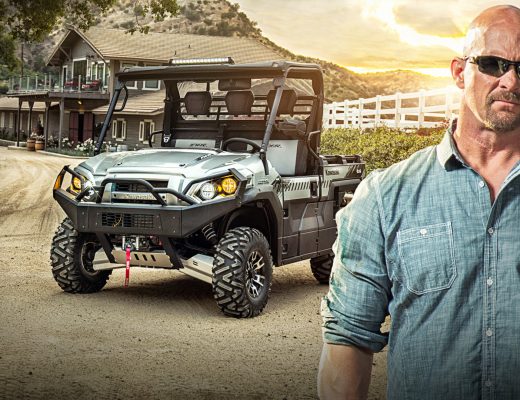