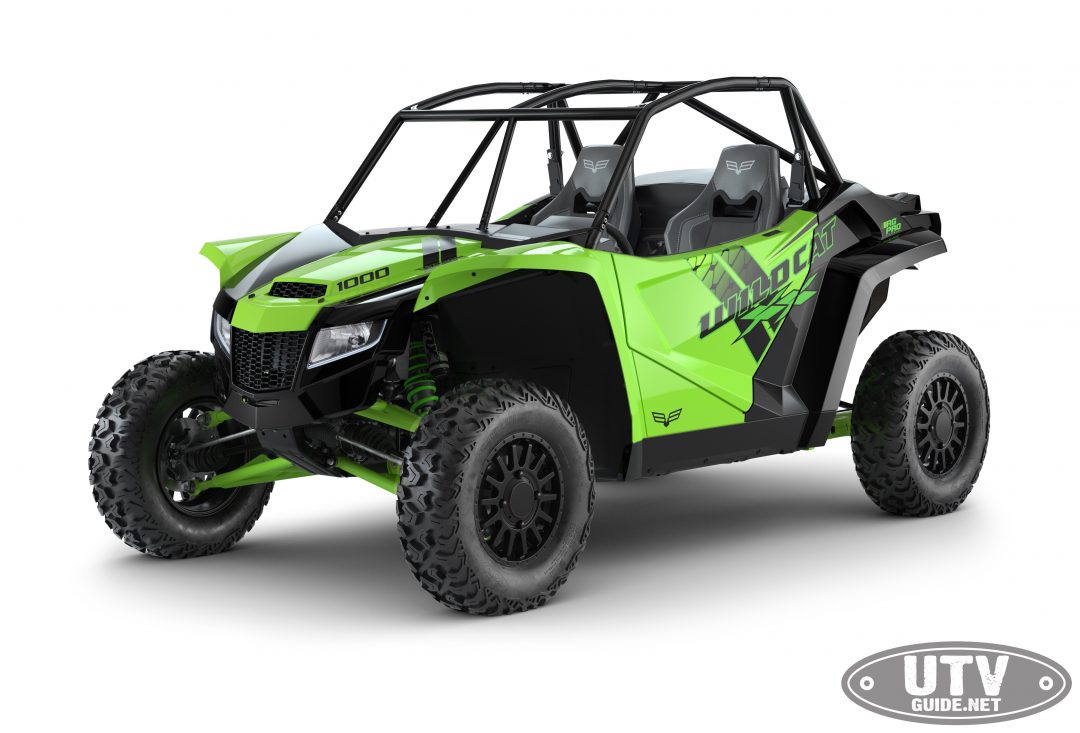 The much-anticipated Textron Wildcat XX has finally been announced and should be hitting dealers Spring of 2018.  While the Wildcat XX has the highest horsepower aspirated engine in its class (125HP, 998cc three-cylinder EFI engine), there are many enthusiasts that cannot look past the bigger horsepower numbers from the Can-Am Maverick X3 (172HP) and the Polaris RZR XP Turbo (168HP).

While I am as much a horsepower nut as any other dune-enthusiast, I also understand that power doesn’t always equal speed. Just look at what we did at the 2017 King of the Hammer UTV race in a naturally aspirated RZR XP1000 against a field of turbo UTVs.  We set the third fastest first lap time and also landed on the podium with third place. The terrain at King of the Hammers is some of the roughest I have experienced, and I am a strong proponent that shocks make you fast…

The suspension and shock package on the car very much limits how much power you can use in whoops, g-outs and drop-offs. That is where the beauty of the Wildcat XX comes into play. It doesn’t have the most suspension travel and certainly not the most horsepower, but the suspension on the Wildcat XX is VERY good. With the right driver, I have no doubt that the Wildcat XX would beat competitor turbos UTVs if you are running in rough terrain.

With that being said, some will not be able to look past the fact that the Wildcat XX has much less horsepower that factory Can-Am and Polaris turbo models. Thankfully, the engine in the Wildcat XX is not new. The 998cc triple used by Textron comes from Yamaha and is very similar to the engine used in the YXZ1000R.  This is good news for two reasons:

Even better news is while I was at the Textron dealer show in Las Vegas, I actually saw two different companies with turbo options for the Wildcat XX that are ready to go. Speedwerx has been a partner with Arctic Cat for years, so it is not surprise that Textron teamed up with them for aftermarket turbo options. Speedwerx has several turbo packages ready to go and they include clutch kits and everything else you need. So far Speedwerx has packages from 155-450HP with price starting at $4999.95 and going all the way to $13,000. The 200HP kit (TWCXX-TK-2) includes water-to-air intercooler, engine upgrades (rods, pistons, gasket kit, head studs), oil cooler, clutch kit and full exhaust for $6750. So with the base cost of the Wildcat XX, plus the 200HP turbo kit and some installation, you are looking at less than $30,000 for a solid 200HP UTV. That really isn’t too far off from what it would take to get 200HP from a Can-Am or Polaris, but to be fair the changes are much more extensive on the Wildcat XX. I wouldn’t think that K&T Performance and Packard Performance would be far behind with turbo or supercharger packages as well. Packard has been making big power with the supercharged YXZ engine.

A post shared by Packard Performance (@packardperformance) on Oct 1, 2017 at 5:34pm PDT

And I would not expect Textron would be satisfied with a naturally aspirated Wildcat XX for too long.  But they have invested a lot of energy and money behind their first big venture into the performance UTV market segment and they are doing their homework to make sure quality products come off their manufacturing line.

I cannot wait to get my hands on a Wildcat XX. There are some unique features on this vehicle and I believe that big things are in store

In the meantime, please make sure to read up on the naturally aspirate Wildcat XX.  We have the most extensive review online at: Textron Wildcat XX Review.