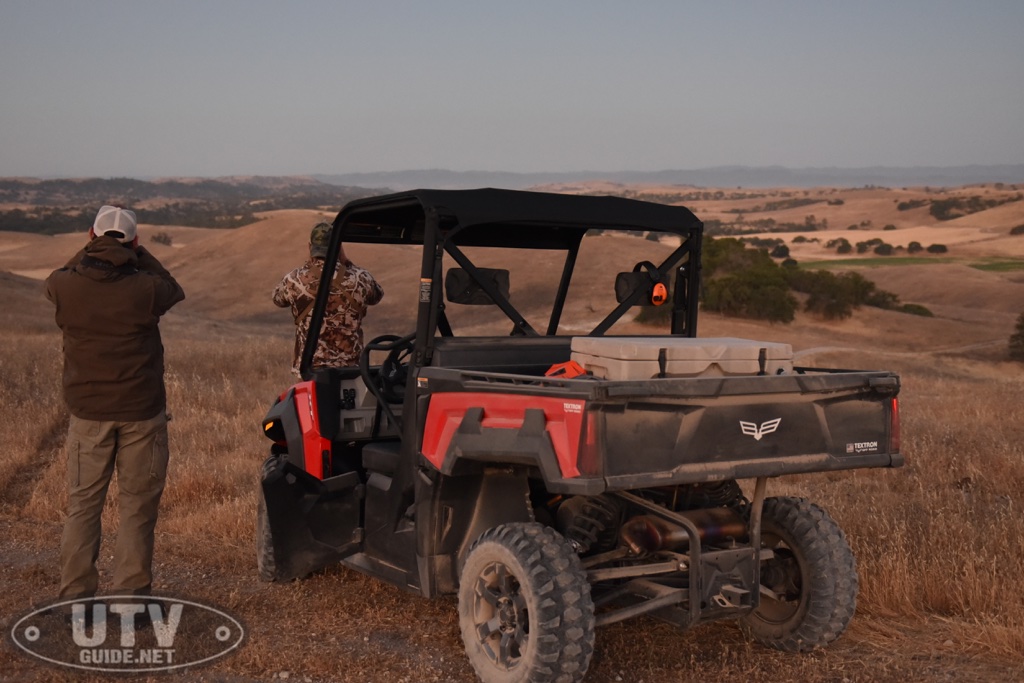 The alarm clock was making all kinds of noise that interrupted the killer dream I was having about winning King of the Hammers solo. 3 a.m.? Seriously? Who the heck gets up at 3 a.m.? I seriously thought about turning off the damn alarm and going back to the winner’s circle at the Hammers. The bikini-clad trophy girls were beckoning. Crap! Now I remembered why I’m waking up this early. I looked around the hotel room quickly to verify that I was indeed lying in bed in a dark hotel room and not on the top step of the podium. I could really go for some bacon, but first, I was going to have to go kill the pig to get it.

I’m not a big-time hunter, and I think most of you know that. Still, when my friend, Donna from Textron Off-Road, asked if I wanted to come to Paso Robles, California to do some hog hunting and some riding around in the all-new Textron Prowler Pro UTV, I couldn’t refuse. We were to be on the road at 3:45 a.m. and if I rolled over and went back to sleep now, Donna would beat me up. I’d probably look like I tried to win the King of the Hammers solo after she was done with me. But first, the ride

The utility segment of the overall market is far and away the biggest when looking at the number of new machines sold as well as machines still in use after the sale. While a new utility UTV may not be the sexy cover-girl as say, a rip-snorting sport machine like the Wildcat XX, having Textron make a big move by developing an all-new utility machine is a great sign for them as a company, and for the UTV market in general. Textron Off-Road has been doing some really interesting stuff lately. The Stampede is a good, all-around UTV that was a good first entry for the company. The amazing Wildcat XX was a machine that we all knew about before Textron bought out Arctic Cat, and it only became better after the companies merged. The limited time we’ve had on the Havoc X shows it is a great machine too. Caterpillar announced this past winter that they had a new utility machine they developed with Textron. The all-new Prowler Pro is the Textron version of the machine and is a name that we all know. But does it live up to the Prowler name? Surpass it?

I can say with some certainty that the newest machine to carry the Prowler badge surpasses any that came before it. It’s set to make some noise in the utility segment, but by not making much noise at all. This is something Textron really pushed before we saw the machine, and heard it run for ourselves. With the Prowler Pro, Textron sourced the 812cc Chery three-cylinder engine that is being used by some other heavyweights in the segment. Kawasaki uses a variation in the Mule Pro FX and FXT, and John Deere uses one in the Gator 825i. The Chery is an automotive-style engine that is known for being quiet and smooth. Textron claims 50 horsepower, which is pretty close to the competition. It is fed via closed-loop EFI.

Textron designed an exhaust system and vibration-reducing rubber mounts to further quiet the motor. They cut more noise with sound-dampening air intakes for the engine and CVT transmission. The frame was designed for less vibration, too.

Remember when I said I had to get up at 3 a.m.? We went up to the Sky Rose Ranch, by San Miguel. There we met up with our hunting guides from Oak Stone Outfitters, got a brief overview of the Prowler Pro, geared up and went hunting. More on the hunting in a moment, but I wanted to tell you about the first ride in the machine. We drove the Prowlers out into the ranch to go hunt. When I said Textron did a lot of engineering to make it quiet, I meant it. Riding out in the dark, we could talk to each other in lowered voices. It was nice to not have to shout over the noise of the machine. Searching for pigs in the early morning

So, like I said, I’m not much of a hunter. I don’t claim to be, but it is fun and rewarding. Was I hoping to get a hog? Oh yeah. Did I get one? No, I didn’t get a shot at one. The experience was cool and I really enjoyed it. Several of the other folks on the trip got hogs, including the Georgia Pig-slaying machine Ricky Sosebee, whom I know is no stranger to you all. It was also fun to hunt with Petersen’s Hunting publisher, Mike Schoby, who has hunted all over the world. Mike is also a big-time UTV guy, so he knows his way around anything with an engine.

We drove out into the dark, which is not really an ideal way to go on a first drive in a new UTV, but it was what it was. It was actually helpful that the machine is pretty straightforward. The shifter is very truck-like and there isn’t much in the way of bells and whistles in the overall machine. The plan was a spot-and-stalk hunt for the hogs as they moved out of the fields they had been feeding in all night. The hogs were headed for cover to bed down for the day. The cover they like is thick so they can avoid the heat as much as possible, so once they got into it, the hunting was pretty much over as they are almost impossible to see.

Wild, feral hogs are different from farm pigs. They become more aggressive and their hair and tusks grow out more. They reproduce rapidly, and I do mean rapidly – think rabbits – and are extremely destructive, especially to agriculture. I thought I’d add this information just in case any of you start feeling bad for the piggies. Textron Prowler Pro with Rick’s pig in the bed

Back to the machine

The cargo box on the Prowler Pro has a 1,000-pound capacity and steel rails along the sides for securing cargo, mounting accessories, or securing game meat for the ride back to the barn. With a few hundred pounds of wild pork in the bed, and three guys riding in the cab, the Prowler Pro still rode just fine. The Prowler Pro comes with a very sturdy two-inch receiver hitch. Towing is rated at 2,000 pounds. It also has some great tie-down points for strapping it to a trailer, or towing a buddy out of the hole he got stuck in. Nice stuff. Rear A-arms have longer lowers which help minimize tire scrub as the wheel travels up and down,

In the cab, the steering wheel adjusts to fit most drivers. The switches for the electronic four-wheel drive and the selectable locking rear differential are easy to reach. Like I said earlier, the column shifter for the transmission is very truck-like and instinctual to use for those of us who drive trucks It was easy to find the gears – P,R,N,H,L – the usual. The Low range is geared very low, too, which is a nice touch on a utility machine. We did some farm demonstration stuff with the Pro later in the day and it is honestly a really good unit for that type of use. Sitting three-wide in the Prowler Pro

The seats are interesting. It is set up like a bench seat, but you can flip up and stow the passenger seat bases behind the backrest for additional cargo space. There’s a lot of floor space too, so if you’re hauling tools, cargo or a farm or hunting dog, there’s lots of room down low for that. When we were hunting, we fit three adults in the cab and were honestly pretty comfortable.

The Prowler Pro has dual A-arm suspension front and rear with fairly simple, gas-charged shocks. The front has 9.5-inches of travel and the rear has 10-inches of travel. Ride quality is stiff, but good. I’d call it very utility-like, which is right where it should be. The 26-inch Pro Terrain tires seemed to hook up well on the terrain we were on, too. Some of the other numbers of note include the 10.75-inches of ground clearance and the 63-inch width. That extra width helps with the comfort in the cab, I’m sure. Textron Prowler Pro with the shift lever on the steering column

There are two versions of the Prowler Pro. The standard Marsh Green model carries an MSRP of $11,399. The$12,999 Prowler Pro XT, which is what I spent most of my time in, gets electronic power steering, aluminum wheels and two color choices – Dynamic Charcoal or Fire Red. I really enjoyed the Prowler Pro from Textron Off-Road. It is a simple, well-thought-out working utility machine that has great sight lines, easy-to-use controls and a sturdy, quiet ride. The utility market is really competitive and Textron looks to make a splash with the Prowler Pro. I think this is a great machine for the segment at a really competitive price. It’ll do well. 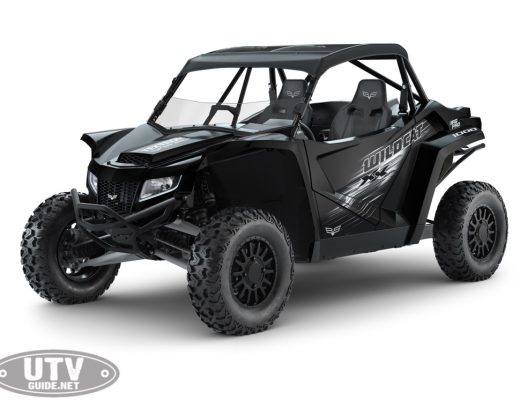