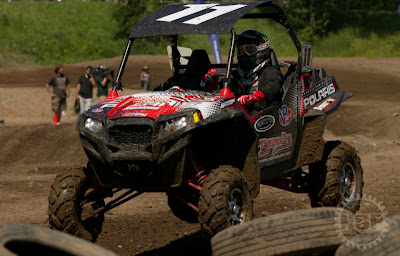 Elk River, Minn. (June 25, 2012) – The Terracross Championship kicked off its 2012 race season with a massive event held just north of Minneapolis at ERX Motor Park in Elk River, Minn. The two-day, double-header event marked the return of Terracross racing to the ATV and UTV racing world and featured top action sports names such as Rath, Gust, Beckman, Burandt and Thacker competing on a brutal course built within the confines of the dedicated motorsports park. Jumps, mud, rocks as well as log and tire obstacles made for intense competition over the course of the two-day race weekend and proved highly-challenging for the field of experienced drivers.

Doug Gust took an early lead in Friday’s Pro Terracross Side X Side main with Andrew Carlson slotting his Polaris RZR in second place. Gust’s machine suffered a mechanical issue about halfway through the race allowing Carlson to take the lead and cruise to the win. Gust took the lead again in the Pro Terracross Utility Quad main but the course took its toll on his equipment again when a flat tire ended his run. Rory Beckman took over the lead and cruised to the win.

Gust’s luck turned on Saturday and he came back to take the win in the Pro Terracross Utility Quad main. Not only did he win, he nabbed the holeshot and setting a blistering pace through the Terracross course, leading flag-to-flag. Darryl Rath put in a similar performance in the Pro Terracross Side X Side main. On green, Rath’s Polaris RZR shot off the line and into the lead and he quickly gapped the field with Gust and Carlson in tow. Rath put on a clinic, leading flag-to-flag to take his first Terracross Side X Side win.
Jon Guetter claimed the Speed & Style final both Friday and Saturday. Dave Elias won Friday’s ProAm Side X Side main while Josh Schutte came back to win Saturday’s race. Zac Zakowski won both ProAm Utility Quad mains.

Extreme sports athlete Jimmy Blaze capped off the weekend when he attempted to flip his Polaris RZR. Blaze uses a stock RZR with only a reinforced cage and containment seat for added safety and Fox Racing Shox specially-valved to help the vehicle rotate off a ramp designed by Blaze. The flip was the first-ever in front of television cameras. Blaze came in too fast and over-rotated the flip, landing the vehicle on its rear bumper. Fans can see it all on CBS Sports Spectacular:
• Sunday, July 8: Terracross Championship, 9:00 PM
• Sunday, July 15: Terra In The Pit, 9:00 PM
• Sunday, July 22: Terra In The Pit, 9:00 PM

CBS Sports Network is available in 99-million homes Nationwide. To find out how to get CBS Sports Network (or if you already have it) go to www.cbssportsnetwork.com and click on “Channel Finder” in the menu bar.

“Terra In The Pits was an amazing event,” said Terracross’ Joe Duncan. “There were a lot of people who worked long and hard behind the scenes to make it all come together and I want to thank them for committing to bringing back Terracross. Also, a big thanks goes to the athletes who believe in the sport and make the show happen – guys like Doug Gust, Darryl Rath, Chris Burandt and Paul Thacker just to name a few – all the riders are great people and they are the reason the fans watch us.” 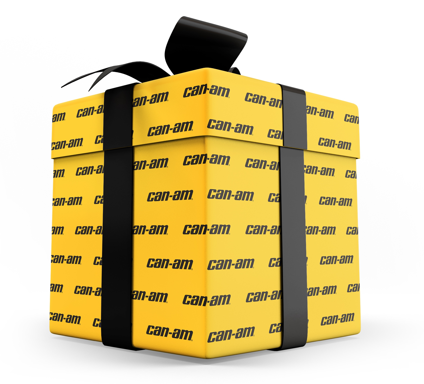