Monday, March 23rd, 2015 (San Diego, CA) – Excitement reaches new levels for the Rallye Aïcha des Gazelles as 10 teams from the United States will compete in this year’s edition – slated March 20 – April 4. The grueling off-road rally has gained the well-deserved reputation as the toughest all-women’s sporting event as competitors drive and navigate across southern Morocco’s challenging landscape with only a compass, set of outdated maps, a ruler, and their strength as a team. A bucket list event, the field of American teams has doubled since 2014.

Teams are comprised of a driver and navigator. The object is not fastest speed, but driving the shortest distance between checkpoints. Navigators are not given the exact checkpoints. They are given either a latitude and longitude or a distance and heading. Navigators must plot the CPs using math or geometry using plotters and rulers on maps from the 1950s and 60s. No outside assistance or private support teams are allowed during competition. It is a test of one’s precise navigation skills, smart driving, and vehicle durability.

This year’s rally welcomes 158 teams from 13 countries competing in 4 vehicle classes, with the United States representing the largest participation this year second to France. New for 2015 is an expert class – designed to further challenge the most experienced teams with more difficult terrain, additional dune challenges, and more difficult strategic decisions. The average day for the regular classes already spans 10-14 hours of competition, assuming no problems occur.

2015 marks the 25th anniversary of the rally. Founder Dominique Serra, who originally worked for Ford Motor Corporation, has built the rally around several key tenants – women’s empowerment, environmental commitment, and dedication to supporting the people of Morocco. The rally has received several awards including the United Nations’ Plant for the Planet and is the only sporting event with ISO 14001 certification for it’s strict environmental practices. Serra was decorated as an Officer Wissam Al Alaoui in Morocco by King Mohammed VI for the positive impact the rally has on the country.

Teams run the gamut in backgrounds from a Hollywood stuntwoman to Dakar class winner, former Wall Street trader, and a Los Angeles producer. A strong Southern California contingent is also participating this year, with 14 women representing the region.

Technical and administrative verifications concluded on Monday for the North American teams. Tuesday will mark the ceremonial start in Rabat for all 158 teams, with the much-anticipated Prologue scheduled for Wednesday the 25th.

For a full bio on all US teams and to track teams live, please visit: www.rallyeaichadesgazelles.com

More: Teryx Girls to compete in the 2015 Gazelle Rally staged in the Moroccan desert

About: The Rallye Aïcha des Gazelles is a grueling test of driving skill and navigation across southern Morocco’s most beautiful and challenging terrain. The rally is unique whereby teams are not allowed technological assistance. In the absence of GPS, communications and service crews, teams must find the shortest distance between the checkpoints over nine days of competition with only the aid of traditional navigation – compass, outdated maps, and plotters. The event is an incredible test of endurance, patience, and teamwork, pushing competitors to their limits. 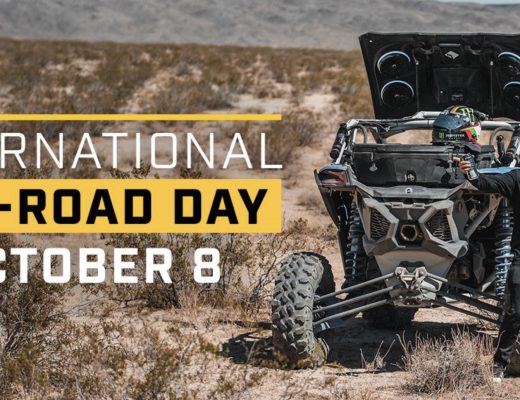 TORC TO HOST 2009 NIGHT OF CHAMPIONS THIS SATURDAY