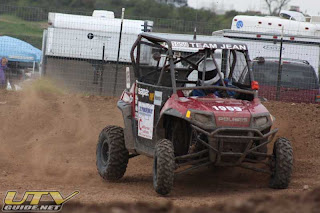 Folsom, CA – March 13, 2011: This year VORRA has revised their UTV rules to divide the class into two divisions, an 801cc and over division and an 800cc and under division.

With the recent rains in Northern California we assumed the Prairie City OHV track would be extremely muddy.  When we arrived on Saturday for tech inspection and practice we were pleased to see that the VORRA crew had done a great job with the track layout and completely minimized the areas of standing water and had created a fast yet exciting track to race on.

The weather for Saturday’s practice was as perfect as the track was groomed.  There were some small muddy patches but the track was fast with a number of varying size jumps.  After practice a quick call to XMF for some suspension set-up advice, then some minor adjustments and we were ready for qualifying.  The adjustments proved to be just right as we qualified first beating the 3 over 1000cc UTV’s and 3 under 800cc UTV’s for top starting position. 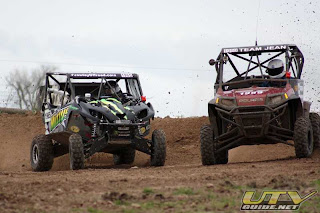 Race day was cloudy with rain forecasted for late afternoon, we hoped it would hold off and it did.  The race schedule would consist of three 8 lap moto’s.  Moto #1 had us starting in row #2 as we had the last pick for a spot on the grid as a result of our best qualifying time from Saturday.  After picking our way through traffic we found ourselves trailing the #1965 999cc UTV of Jon Crowley.  While we stayed with him our 790cc Holz powered Razor could not get around him and we finished in 2nd overall for the class less than 1 second behind the leader and 1st for the 800cc division.

With the loss of 2 UTV’s to mechanical issues from moto #1, moto #2 had a single row of 5 UTV’s.  The #1965 hesitated slightly and we got the holeshot.  A bobble on the last lap cost us and the #1965 powered past us for the win with our Razor taking 2nd overall and 1st for our division once again.
Moto #3 was a repeat of us chasing the #1965 the entire race only to once again finish just short but we did gain a sweep of the under 800cc division.  Our Holz powered and XMF suspensioned Razor did show that with the proper set-up we could compete and beat the larger engine size UTV’s and we are looking forward to Round #2 on April 17th.

Final finishing order of the races was: 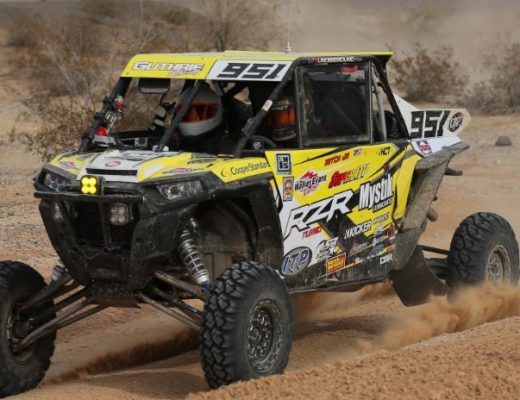 Kubota Utility Vehicles are Engineered for Versatility, Built for Durability