Mesa, AZ January 28, 2013 — Although Cactus League play doesn’t start for another couple of weeks, Mother Nature pitched a curveball to desert racers this weekend. However, the unseasonably soggy conditions didn’t dampen the debut of Team DragonFire’s two new UTVs at Round 1 of the 2013 World Off Road Championship Series (WORCS) UTV racing… well, not too much. Ken Benson bagged second place in the premiere Pro Production UTV class, despite some serious challenges, while DragonFire’s Sales Manager Brice Ginn managed to lead the Production 850 class until a mishap on the sloppy track put him out of podium slot in his first race.

A storm of epic proportions dumped massive amounts of rain on the hard-packed desert, effectively turning the freshly groomed racetrack into a mud bog. Although DragonFire drivers Ken Benson and Brice Ginn did not expect a mud race, there are no rain-outs in WORCS racing! A quick tire change to ITP’s Blackwater tires on the HiPer wheels, and softening up the Elka shocks was all it took to get the new DragonFire RZR XP 900 & RZR 800 to the starting line.
“This really was a team effort,” says DragonFire GM David Asher. “Our partners from Elka even sent their applications engineer from Canada to make sure our Pro-Spec series shocks were dialed in. My hat is off to the entire DragonFire team for putting together one heck of a race car for Ken to drive and special thanks to our primary sponsors CP-Carrillo, Dirty Dawg Performance, Elka shocks, Gates belts, HiPer wheels, ITP tires and Vance & Hines exhaust.”
PRO Production UTV
Starting on the far outside of row #1, Ken Benson shot out of the gate but was pinched off by sliding vehicles, resulting in an 8th place start. Within the first few corners all of his tear-offs were gone, leaving Ken with only his bare hand to clean his faceshield. By lap two, he had no choice but to flip up his visor and take on the roost of the other machines face-first. Despite the relentless flood of muddy water, the DragonFire RZR XP 900 didn’t miss a beat and ran strong with enough power to push through the mud.
Benson made quick work of the competition, moving up into 4th. Moments later a combination of getting T-boned and a blown corner dropped Ken out of contention. Staying cool, calm and collected, Ken was able to focus on making ground up, despite not being able to see. As the track conditions continued to deteriorate, the competition began dropping like flies with everything from overheating to broken-off wheels.
Persistence paid off as he was able to avoid the carnage and work himself into 2nd place behind Beau Barron at the end. Ken took the checkers and rolled into the pits in agonizing pain from the mud and muck that was injected into his eyes. The team rallied around their driver and tried their best to clean out Ken’s eyes, but a decision was made to rush Ken to the hospital for immediate medical treatment. Doctors reported they had never seen such a bad case of impacted dirt, saying that it was amazing Ken was able to finish at all.
Showing that he is a true racing warrior Ken checked in the next day to report he is okay and looking forward to bringing the heat (and some extra tear-offs) to the next WORCS round in Primm, Nevada.
Production 850
Also qualifying well and starting in the first row was DragonFire’s own Brice Ginn. Just like he does aound the office, Brice put his foot to the floor and was able to come out of turn 1 in 3rd place. A few corners later, the 2nd place car struck a rock, entangling the 3rd place Ginn and the 4th place car bringing all three cars to a dead stop. After getting back on track Ginn fought his way back to the rest of the pack of front-runners. Waiting for the opportune moment, Brice stayed close enough to capitalize on a mistake that caused everyone in front of him to blow a turn. Squeezing by, Ginn gassed it into 1st place.
Turn-about is fair play in racing, though. The blinding mud and water caused him to miss a turn a lap later, allowing others to get back by. Ginn pushed the Team DragonFire RZR 800 to the limit and was quickly making up ground until muddy berm had a surprise in store. A massive rock laying hidden in the berm found the right front A-arm. The lower A-arm was torn off, effectively ending his race.
Because of his completed laps and fast times Brice finished up the day by being awarded a 6th place finish for round 1. Back in the pits it took multiple saline solution flushings to get the mud out of his eyes and a tractor to get his broken race car off the track, but it didn’t wipe the smile off his face. “Our crew builds great cars,” said DragonFire’s elated sales manager. “Next time I will make sure to look out for the hidden rocks so I don’t destroy all their hard work!”
Speaking of next time, see Team DragonFire in action at Round #2 of the WORCS series at Buffalo Bill’s in Primm, Nevada, February 8-10. Click on www.worcsracing.com for the schedule of events and the points standings showing Team DragonFire sitting 2nd in Pro Production UTV and 6th in the 850 Production class. 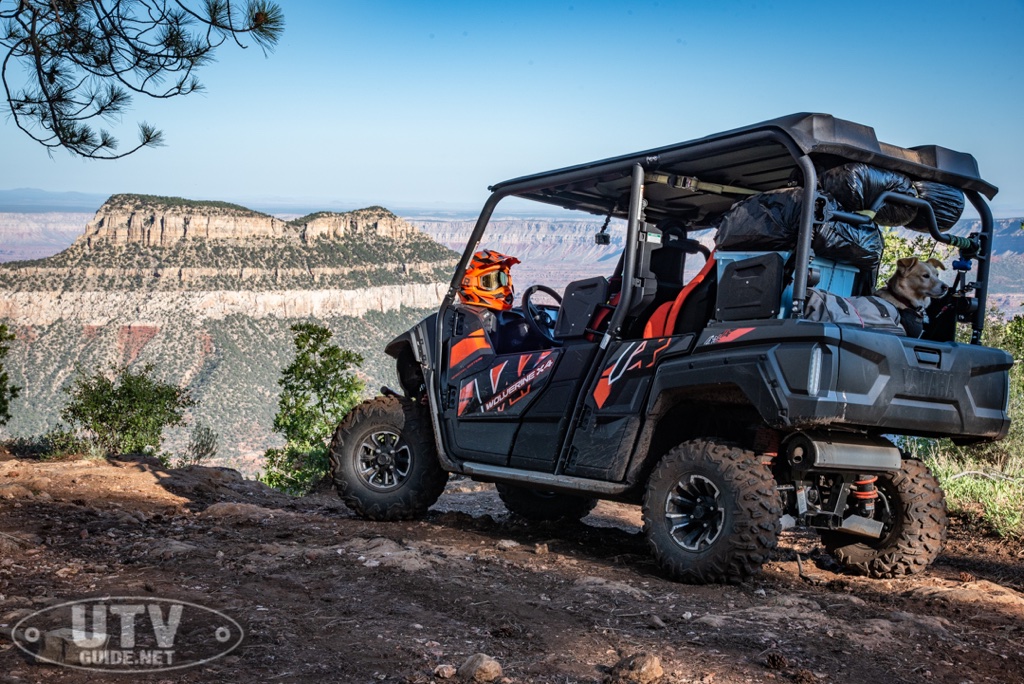 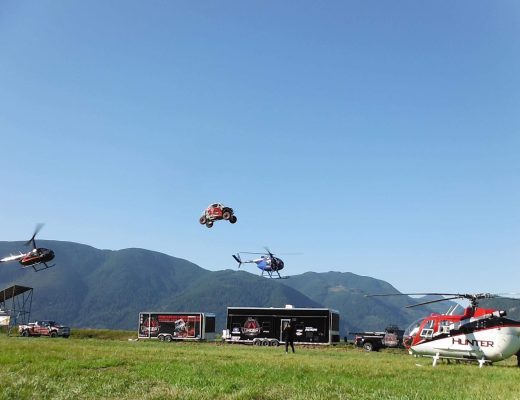