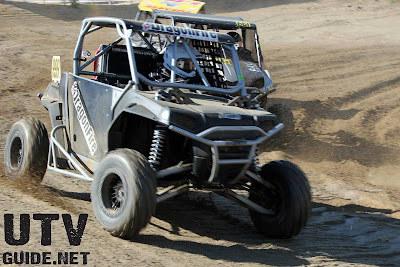 Benson Bounces Back, Melville Moves Into Contention, Granlund Goes Into Third
Mesa, AZ – August 16, 2012 – After driving the wheels off his Team DragonFire RZR in the previous round (no really, he ripped a wheel right off), Ken Benson bounced back from that DNF to finish 2nd in the WORCS race at Cahuilla Creek MX Park. Fellow Team DragonFire pilots Nic Granlund and Kyle Melville flew into 4th and 5th place overall on the day and moved back into contention in the overall points standings.
The pressure was on for Benson and the DragonFire crew going into round #7 of the fiercely competitive WORCS series as they thrashed to get Ken’s car ready following the disappointing DNF caused by impact with a tree at the previous race. Despite the impossible odds, they were able to provide a podium-worthy car. Staying true to his trademarked style, Ken kept the pedal down and was able to work his way past a couple of UTVs that beat him off the line on the MX section before dropping in behind season points leader David Lytle going into the desert.
“The desert section was extremely dusty,” says Benson. “I closed the gap in behind Lytle to gain visibility, eventually making the pass in a deep whoop section in the desert.” Try as he might, Benson couldn’t catch Justin Lambert. “I was reeling him in the desert section on each lap, and he would pull his lead back on the straight-aways. It was nice to see Justin take one home, he ran an excellent race and his car ran great. He has had a tough season and most definitely earned this one!”
“The motocross section was awesome… big jumps and technical turns,” says Benson. “Once again the DFR suspension proved itself giving us the ability to push the car through the rough and handle the MX jumps on the track.”
While Benson was battling Lambert for the lead, big Nic Granlund motored into 4th place. Long-time team driver Kyle Melville was still coming to grips with his new Kawasaki Teryx. Kyle kept turning fast and consistent lap times as he worked his way up through the pack. His calculated and methodical approach ultimately earned him a 5th place overall finish on the weekend.
After the dust settled at Cahuilla Creek, Team DragonFire finds Nic Granlund 3rd and tied with Kyle Melville in 4th respectively. Despite patches of bad luck throughout the season, Ken Benson is holding on to 7th which is impressive. Nic, Ken and Kyle are all showing that they have what it takes to go out and take care of business.
With only one round left in the 2012 WORCS Racing season, the DragonFire drivers show no sign of slowing down. Click on www.dragonfireracing.com to Feel The Heat heading into the final WORCS race scheduled for September 14-16 at Honolulu Hills in Taft, CA. Also be sure to “Like” DragonFire on Facebook.
FEEL THE HEAT!
The name says it all! DragonFire continues to crank up the heat when it comes to the best products in the UTV business. DFR has everything from engine and suspension components to bolt-on accessories! We feel your passion, so when you think of UTV parts and accessories think of the Dragon… and feel the heat! 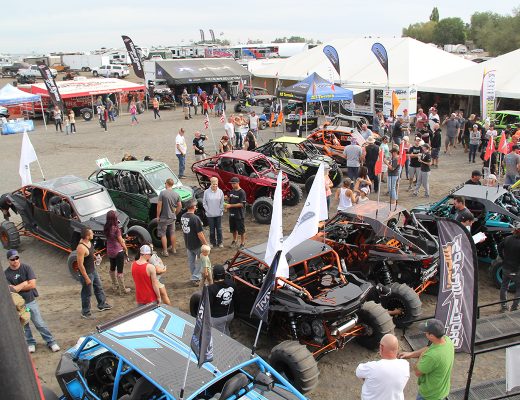