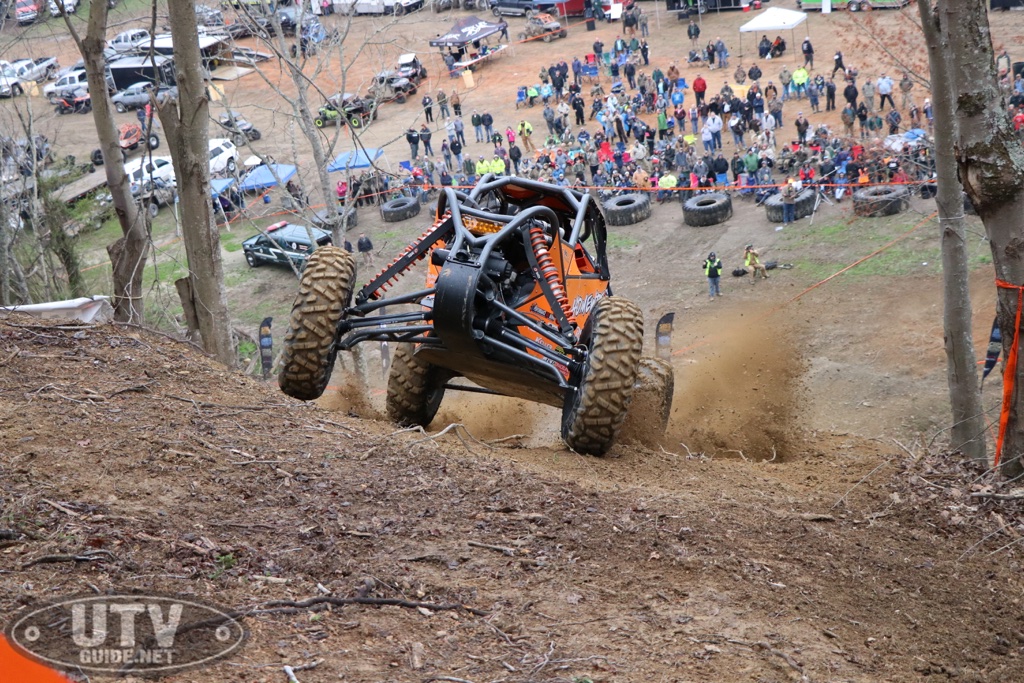 Where Ultra4 Racing is a combination of rock crawling and desert racing, rock bouncing (or hill killing as it’s often called) is the combination of rock crawling and intense hill climbing. After recognizing the growing popularity of this style of driving back in 2011, the Southern Rock Racing Series was formed to give racers an actual venue to compete as well as earn some serious prize money in the process.

The National Rock Racing Association consists of ten events in three different regions (North, South and Central) and a single World Finals event for both UTVs as well as 1000+ horsepower rock bouncers. We just happened to be at Windrock Park in Oliver Springs, Tennessee on the same weekend the southern region held its first event of the year. Like the Guthrie’s at King of the Hammers or Justin Lambert in the Best in the Desert series, the Southern Rock Racing Series (or just SRRS) has its own standouts that always draw a crowd. Chief among them, Tim Cameron who shot to YouTube fame with his wild antics behind the wheel of his rock bouncer, Brandon Davis, Paul Wolff and our new friend, 9 year old Cash LeCroy who we met just a few weeks ago at King of the Hammers (see CASH LECROY: A 9 YEAR OLD UTV RACING PRODIGY). Though UTVs have been a part of the series since its inception in 2012, they got off to a rocky start. Originally the UTV and rock bouncer events were run on separate weekend but due to low turnout, series founder Clyde Bynum nixed the UTVs the following year. Following increased interest, they tried again in 2014 but combined the events, running UTVs on Friday and the big rigs on Saturday. Today, the number of UTVs has surpassed that of the rock bouncers by a healthy margin. It makes sense when you count the cost of a UTV with a handful of modifications verses a $100,000 rock bouncer. The Windrock event saw 37 UTVs competing in the single hillclimb event. Wes Kean, another driver who pulls double duty racing both a rock bouncer as well as a UTV, took the top spot with Travis Skelton coming in second and Tim Cameron rounding out the podium. 9 year old Cash LeCroy who was third off the starting line and the first to climb the near vertical face on the second tier of the hill actually jumped over the timing light which resulted in no score. They eventually assigned him a time based off of a video replay that landed him in 13th place.

If you’ve never been, rock bouncing is the ideal spectator sport. Think NASCAR except more crashes and you can bring your cooler to your seat. Bynum has high hopes of growing the series into a NASCAR level production and is well on the way. New for 2018, Hill Side Live provides a live stream of every event and the series has garnered over 1.3 million views between the first three events which can be viewed at RockRacingTV.com.

To learn more about the Southern Rock Racing Series or view the event schedule visit SouthernRockRacing.com.

Maxxis Is GNCC Presenting Sponsor through 2016

Can Am releases 2010 model info. No Side x Side on the list.