Corona, Ca. (April 15, 2010) – This weekend, April 17th and 18th, the Lucas Off Road Racing Series returns to Speedworld in Surprise, Arizona for rounds 3&4 of the short course off road racing series. The biggest stars in the sport are prepared to take on Speedworld with its fast, technical, mile long course and signature “mogul” section. While Surprise is quickly becoming a popular home to short course off road racing, the facility has expanded its seating areas in anticipation of another raucous, capacity crowd. This event will be the first of three Lucas Oil Off Road Racing Series weekends filmed for national broadcast on CBS Sports.

The season opener saw motocross legend Ricky Johnson stake his claim on the 2010 Pro 2 Unlimited field with back to back wins on the tight Las Vegas track. Now, Rob MacCachren, who finished second to Johnson on both days in Las Vegas, will lead the charge to slow down Johnson’s dominance along with Bryce Menzies, Jeremy McGrath, Todd LeDuc and what looks to be the largest Pro 2 Unlimited field ever.

Relying on the consistency that paved the way to his 2009 Pro 4 Unlimited championship, Carl Renezeder fought his way to the podium in both opening rounds of the 2010 season with a pair of strong third place finishes. Seeing the top spots in Las Vegas go to Scott Douglas and Rick Huseman, Renezeder faced his most difficult competition yet. While remaining focused on defending his Pro 4 U crown, the field will again be stacked against him as Huseman, Johnny Greaves, Kyle LeDuc and the best in the business are motivated by their own championship aspirations.

Chris Brandt, determined to overcome the disappointing results in 2009 that saw his Pro Lite Unlimited championship hopes fall to Brian Deegan, opened the season in Las Vegas with both a win and a third place finish to take charge of the standings. Deegan, although taking a third in round 1, suffered a DNF in the second round requiring him to have a strong showing in Surprise if he is to keep his championship hopes alive. While Deegan and Brandt continue their grudge match, Marty Hart and Matt Loiodice have shown with their opening weekend results that they are contenders in the class and intend to be in the mix at season’s end.

All of the action kicks of Friday, April 16th with practice and qualifying. Each full day of racing Saturday and Sunday includes Pro 4, Pro 2 and Pro Lite Unlimited truck racing along with Pro Buggy Unlimited, SuperLite Trucks, Limited Buggy, UTV and Karts. Gates open at 9am.

Tickets are available on line at LucasOilOffRoad.comor at the box office for just $30 per day and a weekend pass is $50. Children ages 6-12 tickets are $10 per day or the full weekend for $15. Children under 5 are admitted free.

2010 Broadcast Premier
Catch all the excitement of round 1 from Las Vegas, Nevada this Saturday, April 17th , as the Lucas Oil Off Road Racing Series kicks off it’s 2010 season on SPEED at 5 and 6 PM Eastern time/2 & 3 Pacific.

Special Events
Please be sure to join us at Buffalo Wild Wings in Surprise for the Lucas Oil Off Road Racing Series fan appreciation party and meet and greet. This event is well on its way to becoming an Arizona short course off road tradition. 13882 W Bell Rd Surprise, AZ 85374 (corner of Litchfield Road) Friday April 16th, 2010 7-10PM. Drivers and teams will be signing autographs & spending time with race fans.

Saturday night, April 17th, Rockstar Energy Drink, The Metal Mulisha and The Lucas Oil Off Road Racing Series will be hosting an event at the Sandbar in Peoria, Arizona. After a day of racing, please join Rockstar Energy Athletes including Brian Deegan, Todd and Kyle LeDuc along with Bryce Menzies, Rodrigo Ampudia and Robby Woods at this popular Peoria hotspot. 9868 W. Northern Ave. Peoria , AZ 85381 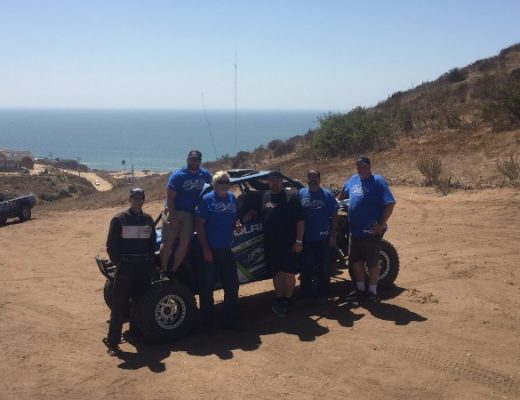