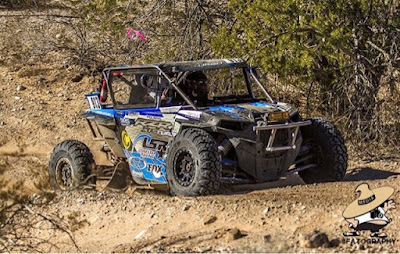 The season opener to the Best in the Desert race series, The Parker 250 kicked off this past weekend in Parker Arizona. It’s like the first day of school; you start with a clean slate and the chance to start the season well. Have a great race and you get the opportunity to carry that momentum into the next race, have a bad race and try to dig yourself out of a hole for the rest of the season. I went into the new season with my new bad ass Polaris Rzr XpTurbo that I am learning to adapt to as quickly as possible. With 2 races under my belt in the new car I had a little more confidence going into the first race of the 2016 season.
Parker, a race that to me has a little bit of everything and has always been one of my favorite races due to the fact that it is one of the closer to home tracks and it is an awesome track to take the RV and camp at. The week prior to the race was all scheduled maintenance on the RZR and time to get the Rv ready for the trip ahead. I made plans with the Guthrie’s to camp with them seeing that we have grown to be good friends over the past couple years and we talk often especially with their debut in the desert world with Guthrie Jr. The Thursday night before the race rolled around and El Nino was in full effect here in Arizona. I woke up Friday morning to my surprise of over 8” of snow on the ground. Well there went my camping plans seeing that I wasn’t getting out of town in my Rv and race trailer. Next option was load the chase truck up make some last minute hotel reservations and head south. As we left town in 4-wheel drive ahead of the snowplows we eased our way out of town past vehicles in ditches all the way down to the point where the snow level had switched to rain. After a longer than normal trip to Parker we arrived to tech around noon and took the rest of the day to chitchat with other competitors and partners. 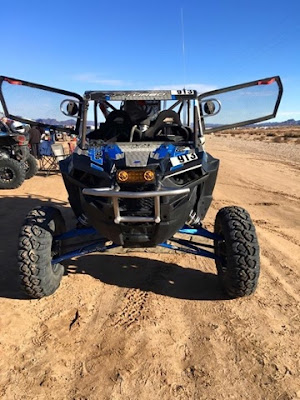