SCORE’s newest competition classes to meet racer’s needs for the two Pro classes;
detailed class description, rules at http://www.score-international.com/technotes.aspx
LOS ANGELES—As it has for nearly 40 years as the preeminent desert racing organization in the world, SCORE International is adding to its legacy of innovation and pioneering technology development with the announcement this week by SCORE CEO/President Sal Fish of two new pro four-wheel vehicle classes.
The new classes, SCORE SV6 and Pro Stock UTV, will make their debut at the 28th annual MasterCraft Safety Tecate SCORE San Felipe 250, March 8-10, the season opener of the three-race 2013 SCORE Desert Series.
“SCORE has always listened to the racers and when we are in agreement with the need and our ability to effectively develop and oversee the rules and regulations, we are very open to introducing new classes into SCORE desert racing,” said Fish, CEO/President of Los Angeles-based SCORE International since soon after it was founded in 1973. “Following on-going discussions with numerous racers and diligent research and preparation of class regulations by Bill Savage and SCORE Tech, we are very enthusiastically announcing the debut of these special Pro open-wheel buggy and Pro UTV classes.”
The SCORE SV6 class will be an unlimited 4-wheel, single or two-seat open-wheel vehicle class with sealed stock V-6 engines with a maximum stock displacement of 225.78 cubic inches.
After several years of running a Sportsman UTV class, SCORE will add the Pro Stock UTV for 4-wheel, two-seat and four-seat (maximum two occupants) Original Equipment Manufacturer UTV vehicles. The vehicles must use stock production UTV motors with a minimum production of 500 units.
“Our goal was to respond to the racer’s requests for these classes that will give a fairly level playing field for what will be exciting classes to watch and to race in,” commented Bill Savage, SCORE’s long-time Tech Director. “We want to continue providing the best platform for desert racers to enjoy the best desert racing there is with the SCORE Desert Series.”
The detailed class descriptions as well as rules and regulations for the new SCORE SV6 class and Pro Stock UTV class are available on the SCORE website at http://www.score-international.com/technotes.aspx. For further information regarding the class, contact the SCORE Tech office in Vista, Calif. at 760.599.1013.
In addition to season class point championships, the racers also compete for part of the over $400,000 in cash purse and contingency postings each race. Drivers in the Pro car and truck classes in 2012 also attempted to earn prestigious SCORE Toyota Milestone Awards presented to all car and truck Pro class drivers who completed the 1,920.19 required miles of the five-race season. Being presented by Toyota Motorsports for the 27th consecutive year, a total of 16 drivers earned the award for the five-race 2012 SCORE Desert Series.
Racers also compete for the annual SCORE Off-Roadsman of the Year awards, including the MasterCraft Safety SCORE Rookie of the Year award. All categories, except Engine Builder and Original Buggy Chassis Manufacturer, are determined by public on-line voting while Engine and Buggy awards are determined by season points.
SCORE SPONSORS:

Official Sponsors of the 45th SCORE Baja 1000 and the SCORE Desert Series are: 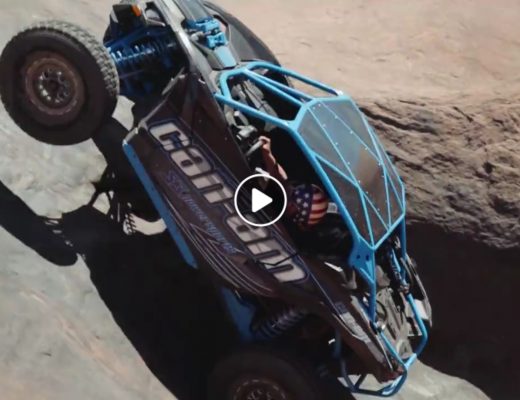