2017 has been an epic winter in Northern California with snow totals over 500 inches at one popular ski resort near South Lake Tahoe. So with that in mind, heading into the Rubicon Trail has been out of the question. In fact the trail was closed past the intertie were the trail from Wentworth Springs joins the trail coming from Loon Lake due to an ice dam. Well thanks to the volunteers and the Rubicon Trail Foundation, the ice dam was cleared and the trail opened after Memorial weekend.

With that in mind a few of us decided to take a day trip up for the first Rubicon run of the 2017 season. We had five rigs total including Dave with our old 2016 RZR XP Turbo, Rich in his trusty RZR XP900, Paul (Harts UTV) in his turbo race car and Mike (DMAX Store) in his Turbo XP4.  I brought our 2017 RZR XP Turbo in the ride as well.

View back towards Loon Lake

We hit some snow at Loon Lake before the second dam, but not as much as I expected. From the pictures I had seen over on Pirate4x4.com, I was expecting much more. We drove up to Little Sluice with a few patches on snow here and there, and a lot of water on the trail.  Rolling through Little Sluice was easy enough with just some snow on the south side on the slab.

I tossed out Phantom 4 up to get a better view of the surrounding area, then we took a break for some lunch. After that, we had a little issue with Dave sliding off a snow bank and under a rock that bound up his rear tire really bad. 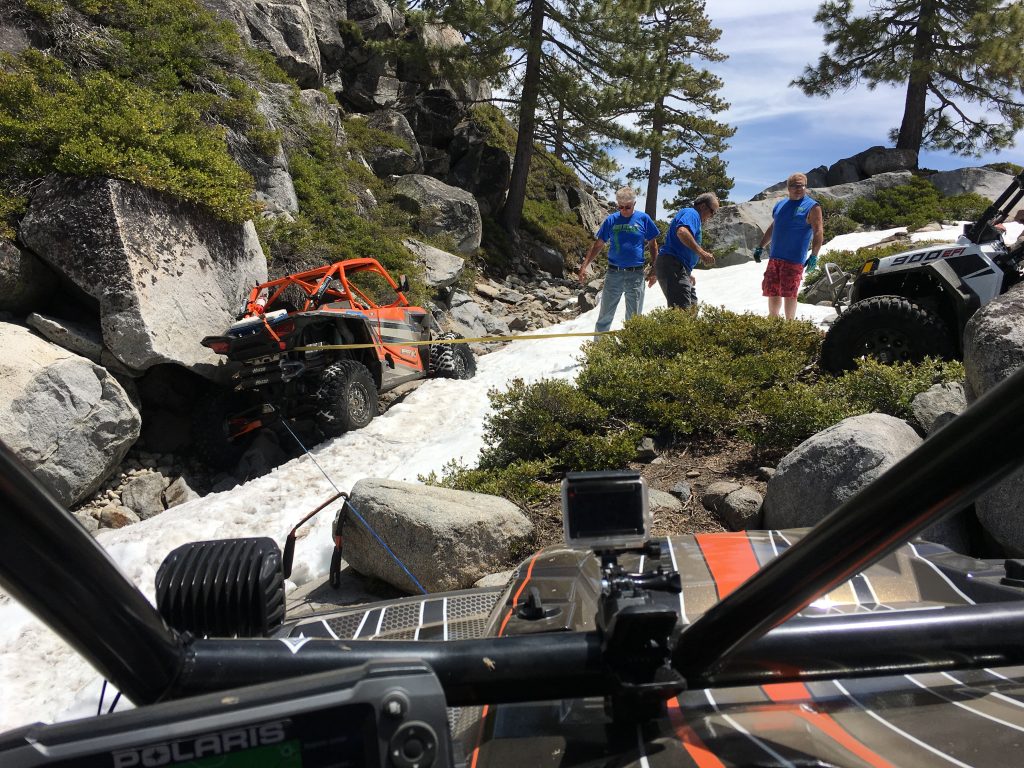 A broken axle and a blown bead on the tire had us winching from two angles to get his rig out without more damage.  With time for us getting short, we decided to lick our wounds and head back to Loon Lake and save more of the trail for another day. 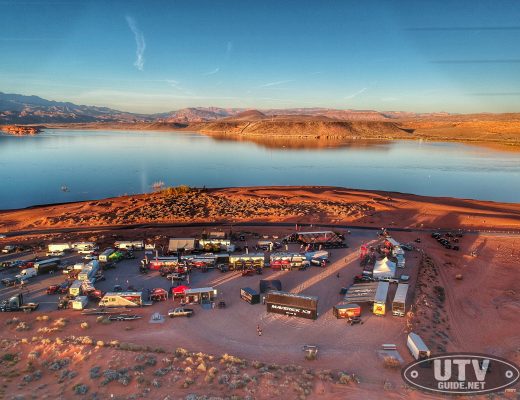 Family Trip to the Oregon Dunes