Royal Purple Teams with Crowley Offroad for the 2011 Season 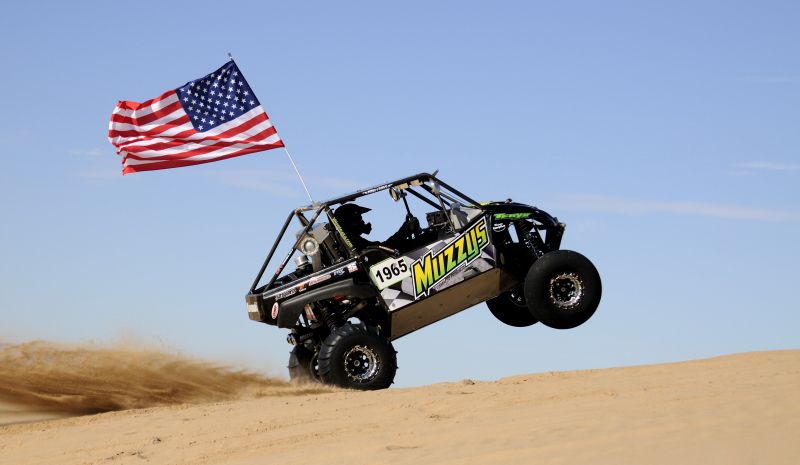 Crowley Offroad is proud to announce that we have teamed up with Royal Purple for the 2011 race season. Royal Purple joined the team in late January as final preparations to the Muzzys 999cc Kawasaki Teryx were being made to prepare for the 2011 King of the Hammers UTV Race. When Jon Crowley asked engine builder and horsepower guru Rob Muzzy for a recommendation on what oil to use, Rob’s response was “Royal Purple.”

Muzzys has used Royal Purple for years in their road race and drag race motorcycles with great success. “We always see good performance gains as well as minimum wear,” said Rob Muzzy. “When our race program for the Kawasaki Teryx kicked into gear, the decision to use Royal Purple was an easy one to make.”

Royal Purple provided the following lubricants for the Crowley Off-Road Kawasaki Teryx: full synthetic racing oil – XPR 5w30 and 10w40 and Purple Ice radiator coolant. The use of Royal Purple synthetic oil in the 999cc v-twin Teryx eliminated any concerns of thermal viscous breakdown during the extended and demanding conditions found in the desert this summer.

“Our new Muzzy’s built 999cc v-twin puts down some serious power,” said driver Jon Crowley. “The last thing I want to do is skimp on the life-blood of the engine.”

About Muzzys Performance Products
Rob Muzzy is a man who knows what he likes and what he likes is winning. Five decades in racing has made him the most successful engine builder and tuner in racing history. He has compiled an amazing record; earning 21 AMA National Championships in Superbike, Supersport, Drag Racing, Dirt Track, Motocross plus a World Superbike Championship, victory at the Suzuka 8-hour endurance championship race and 4 Daytona 200 wins.

Muzzys Performance Products can be found at: www.muzzys.com

Float Across the Sand with DWT’s new Doonz Tires

Kubota Utility Vehicles are Engineered for Versatility, Built for Durability