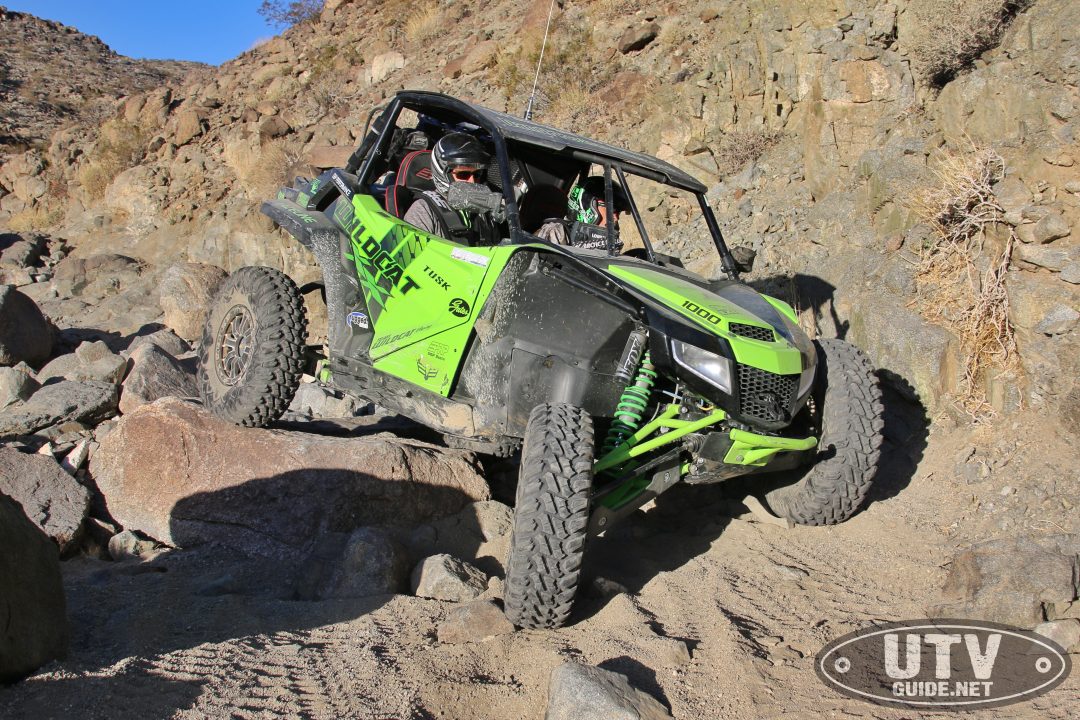 Textron Off-Road isn’t a big name in the off-road industry, but that is all about to change when the all-new Wildcat XX hits dealers this Spring.

Textron Off Road started in 2003, in Natchez, Miss. They built all-electric and hybrid gas/electric 4WD vehicles under the name Bad Boy®, and gained a reputation among serious hunters for stealth, off-road performance.

In 2010, the family changed. Textron Off-Road became part of Textron Inc., a Fortune 500 company known worldwide for its powerful brands that serve this nation’s military and its boldest adventurers. The power, performance and precision that go into Bell® helicopters, Cessna® aircraft and more were now part of our story, and the key to our future.

In 2016, Textron Off-Road introduced their first all-gas vehicle, the revolutionary 80HP Stampede™ side-by-side. It came off the line and changed the landscape. Huge power. Untouchable performance. And a renewal of our purpose: to fuel the independent outdoorsman with a superior vehicle.

Textron Off Road grew like never before in 2017 when Arctic Cat’s renowned line of ATVs and side-by-sides became part of Textron Off Road (see ARCTIC CAT IS NOW PART OF TEXTRON OFF ROAD).

Fast forward and Textron was able to put a pre-production unit in the hands of long time rock crawler and rock racer Dean Bulloch to race King of the hammers 2018. We caught up with Dean as he and his codog Karl Munford prepared for the big race. These guys take the race seriously and do their homework.

We pre-ran several of the 2018 rock trails with Bulloch and the Textron Wildcat XX that they build for pre-running did quite well. Dean and Karl have been racing together for years and make an incredible team.

We caught up with Dean Bulloch and Karl Munford before qualifying at #KOH2018 @textronoffroad @dnp.performance Wildcat XX @ultra4racing We ran down Spooners and down Backdoor with Dean and Karl and the Wildcat XX performed well in the rocks.

At the same time as King of the Hammers week, Textron held their media introduction for the Wildcat XX.  We are under embargo unitlk the end of February on the particulars of the production machine, but standby for a full ride review at the end of the month. For now, you’ll have to get by with this little fly-by:

The new @textronoffroad Wildcat XX is the real deal! Stay tuned and we will have a full ride review towards the end of the month.