Minneapolis, May 5, 2015 – Polaris® Industries Inc. (NYSE: PII), the leading manufacturer of off-road vehicles, today announced that its Limited Edition DARPA Polaris RANGER® XP 900 EPS and GEM electric vehicles will be used as part of the DARPA Robotics Challenge (DRC) Finals to be held June 5-6, at the Fairplex, in Pomona, Calif.

In the early stages of recent disasters, it became clear there were limitations to what mitigation steps humans could take due to dangerous conditions. This DARPA Robotics Challenge was created to spur development of robotic technology that can help humans to better respond to future disasters. The Challenge Finals will have robots perform a number of tasks in a continuous course, simulating what might be encountered in a real disaster situation. DARPA will use the RANGER XP 900 EPS in one of the most difficult tasks to help demonstrate a robot’s ability to operate and to egress from a vehicle, since they are among the tools commonly on hand in disaster zones. The Polaris RANGER XP 900 is one of the best-selling vehicles in its class and widely used around the world with disaster-relief organizations such as the National Guard, Salvation Army and other first responders.

“We are excited to continue our relationship with DARPA after the successful DRC Trials in 2013,” said Rich Haddad, general manager of Polaris Defense. “Off-road vehicles are some of the most useful vehicles in disaster relief, and our specialized RANGER vehicles were built to accommodate the robots and provide mobility for the driving task. In the future, the versatility of the RANGER platform would allow a robot to transport tools, equipment, supplies and power around a disaster site, while traversing the difficult terrain often found in disaster situations.”

The DRC Trials occurred December 20-21, 2013, at the Homestead-Miami Speedway, where teams guided their robots through eight individual, physical tasks. One of the toughest of the eight tasks used the custom RANGER XP 900 EPS to help demonstrate the robots’ ability to operate vehicles, since they are among the tools commonly on hand in disaster zones. The driving task during the Finals will require robots to drive the Limited Edition DARPA RANGER XP 900 EPS on a roadway and weave its way around obstacles. The robots also will have to egress the vehicle and attempt to intervene in a mockup disaster site where humans cannot perform tasks due to danger.

The winning team for the DRC overall will receive a $2 million grand prize; DARPA plans to award $1 million to the runner-up and $500,000 to the third-place team.

For the Trials and Finals, Polaris customized the Limited Edition DARPA RANGER XP 900 EPS so it was an extremely capable mobility platform for human or robot drivers. The vehicles feature a remote SafeStop electronic throttle kill, brake actuation technology, a 1000-lb (453 kg) capacity bed for the robot’s power supply; and inside the cab, a bench seat and tilt steering for ample room for robots to operate the vehicle. To maneuver the diverse types of terrains encountered in disasters without running the risk of flats, the vehicles are also equipped with TERRAINARMOR™ airless tires.

“The purpose-built DARPA RANGERs are part of our continuing effort to lead the way in creating extremely-capable off-road vehicle platforms that are plug-and-play for the robotics companies,” said Haddad. “This means incorporating by-wire control technology and helping to provide information about the vehicles to make safe autonomous operation possible. With all of this, autonomy companies can more easily integrate the needed hardware and software for unmanned, optionally-manned and tele-operated off-road vehicles.”

Along with the RANGER XP 900 EPS, Polaris GEM vehicles will be used during the Challenge as well. When the robots have completed their tasks, they will be loaded onto the flat bed and transported on the Polaris GEM eL XD. The eL XD was chosen due to its electric power, quiet operation, flat bed size, 1450 lbs. load carrying capacity, and its ability to drive both indoors and out including on public streets. Other GEM electric vehicles will be seen throughout the event working as VIP shuttles, and transporting goods and people throughout the campus.

A display of Polaris military and work vehicles can also be found in the Expo Area of the event.

Polaris is among the global sales leaders for both snowmobiles and off-road vehicles and has established a presence in the heavyweight cruiser and touring motorcycle market with the Victory® and Indian Motorcycle® and Slingshot® brands. Additionally, Polaris continues to invest in the global Work and Transportation vehicle industry with Global Electric Motorcars (GEM), Goupil Industrie SA, Aixam Mega S.A.S., and internally developed vehicles. Polaris enhances the riding experience with a complete line of Polaris Engineered Parts, Accessories and Apparel, Klim branded apparel and ORV accessories under the Kolpin®, Cycle Country® and Pro Armor® brands. 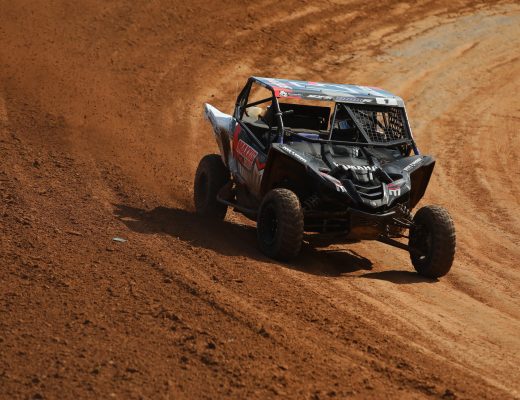