Minneapolis, March 10, 2010–The 2010 Lucas Off Road Side-by-Side short course season kicked off with a bang this past weekend at Las Vegas Motor Speedway with Polaris team driver RJ Anderson taking first in Saturday’s Round 1. Anderson, had a tight battle with the leader until the last lap when the leader’s engine let go, letting Anderson cruise to victory with a 19 second margin over second place. Tyler Parks finished third, also in a RANGER RZR.

“I had so much fun out there today,” said Anderson. “This is the first time we raced at this track and it took me a while to determine the best lines, but by half way mark I had it figured out.”

Sunday’s Round 2 started off with a soggy track after heavy rain the night before. The “Unlimited UTVs” were lined up along with an experimental class that featured Side-by-Side’s fitted with 150 horsepower motorcycle engines. But despite stiff competition, the combination of driving skill, Kroyer power and the RANGER RZR’s four wheel drive allowed Anderson to again take the top spot on the podium on Sunday.

“With all of the rain we thought the track was going to be really slippery, but my RANGER RZR hooked up real well,” Anderson said.

Anderson also had the fastest lap on Sunday with time of 1:18.83 and with his two victories he takes a commanding lead in the championship.

The next rounds of the Lucas Off Road Racing Series takes place at Speedworld Off Road Park, in Surprise Arizona, on April 17 and 18.

With annual 2009 sales of $1.6 billion, Polaris designs, engineers, manufactures and markets off-road vehicles (ORVs), including all-terrain vehicles (ATVs) and the Polaris RANGER®, snowmobiles and Victory Motorcycles® for recreational and utility use. Polaris is a recognized leader in the snowmobile industry, and one of the largest manufacturers of ORVs in the world. Victory Motorcycles, established in 1998 and representing the first all-new American-made motorcycle from a major company in nearly 60 years, are rapidly making impressive in-roads into the cruiser and touring motorcycle marketplace. Polaris also enhances the riding experience with a complete line of Pure Polaris® apparel, accessories and parts, available at Polaris dealerships.

Information about the complete line of Polaris products, apparel and vehicle accessories, is available from authorized Polaris dealers or anytime from the Polaris homepage at www.polarisindustries.com.
Follow UTVGuide.net on Twitter 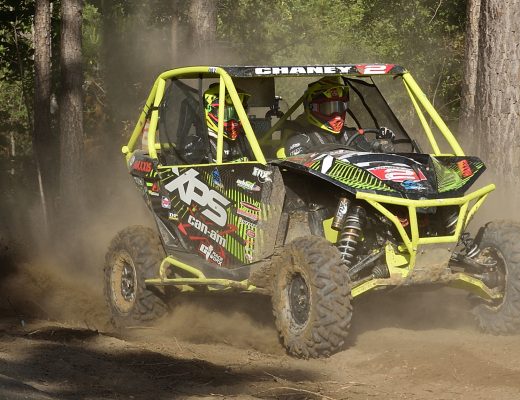