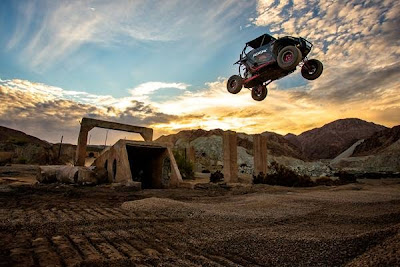 San Diego, CA – Mad Media, and UTVUnderground.com launched an extraordinary viral video on August 8th dubbed “XP1K”, that features off-road champion and factory Polaris off-road racer RJ Anderson behind the wheel of a custom built, 190 horsepower, 2014 Polaris RZR XP1000 UTV. The video is a non-stop blitz of off-road action, jaw dropping close calls, and precision driving – and features a climactic world distance record-breaking ending. It is this record – the longest UTV jump in history, (129’ 9”) that continues to push the popularity of the video, which has taken the automotive industry by storm. XP1K has racked up over 700,000 views in two weeks, and has been featured on Jalopnik, Top Gear, Drift.com, Complex, BBC, Car and Driver, Autoblog, Offroad.com, Supercross.com, UTVGuide.net and Powersports Business, to great acclaim.

The success of the project is nothing new for XP1K directors – The Martelli Brothers, who are internationally known for directing the first three Gymkhana films, which now top 150 Million views combined. “Jumping a car this size, almost 130 feet, at near 80mph – is truly a remarkable feat,” said XP1K co-director and Mad Media CEO Matt Martelli. “RJ smashed the current (unofficial) record of 105 feet and probably could have gone further if we had been able to adjust the takeoff ramp angle. We utilized an existing cement ramp at the Eagle Mountain Mine – which meant we had very little control of RJ’s launch trajectory. What is crazy is that if you watch closely during his record jump, he actually taps the brakes of the car in order to point the nose forward as he lands. This was a really risky move, and speaks to RJ’s experience as a driver.”

The XP1K project was sponsored by Polaris Industries, and was timed with the release of the 2014 Polaris RZR XP1000 off-road vehicle. A team of off-road racing experts that included Mark Holz of Holz Racing Products, Randy Anderson of Walker Evans Racing, Kevin Kroyer of Kroyer Racing Engines, Trey Lokey of MCX Turbos, Nick Fousekis of Falken Tire, and Robbie Pierce of Mastercraft Safety & Impact Racing, combined forces with the team at UTVUnderground.com to build two matching vehicles for the project. The cars are wrapped in a custom Mad Media designed graphics package that is used throughout the campaign.

“We’ve known for a long time that the world record for a UTV distance jump was ready to be officially broken,” commented XP1K co-producer and UTVUnderground.com founder Joey DiGiovanni. “In fact our friend Tanner Godfrey clicked off 105 feet a few months prior to our shoot! That set the bar for how far we wanted to push during this shoot. It’s a hell of a climactic ending, to a groundbreaking video that just cast a very bright light on RJ (Anderson), Polaris, the new RZR XP1000, and the UTV industry in general.” 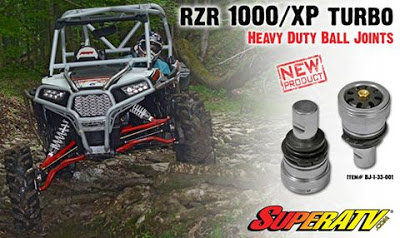