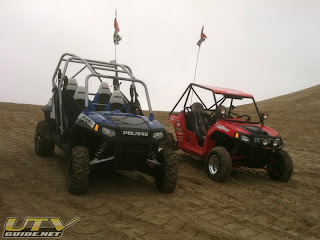 I headed out to Sand Mountain Nevada for a few days of riding.  Weather was supposed to be picture perfect after a Spring storm exited the area.  We arrived Thursday afternoon to rain that we thought would quickly blow over, but it rained solid until late in the night.  Friday greeted us with clouds and cold, but no rain.  We dried off the vehicles, bundled up and headed out for some riding.  By mid-day, the clouds had burned off and we were in for some perfect riding weather.

And on our RZR, I had just added new PRP seats, Fox Racing 2.0 RC2 shocks and ITP Sand Star tires mounted on ITP T-9 Pro Mod wheels. With these new goodies, the update to our RZR is almost complete and it was a great chance to play around with the new power from the Holz/Kroyer Stage III big bore engine! 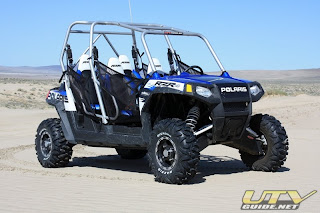 I went on several rides with the RZR 4 where I was the only one in the vehicle and a few where we were fully loaded.  I have got to say what impresses me most about the RZR 4 is the suspension.  We just me driving, I expected the ride to be harsh due to the lower load, but the ride was great.  It was smooth and handled drop offs and g-outs very well. Once I loaded it down, the RZR 4 settled down a few inches lower, but it was able to soak up some pretty aggressive driving. I could definitely feel the increased load when accelerating, braking or on hard corners, but overall I was very impressed with the ability of the suspension to handle the wide range of load thrown at it.  And this is without even touching the adjustments on the Fox 2.0 shocks. I could have easily added more low speed compression in just a few seconds to prepare more for when I had four people, but I wanted to see what it would do. 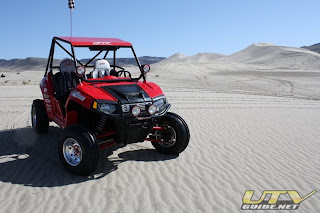 Moving over to our 2008 Polaris RZR, I have been doing a lot of upgrades to it over the last six months and I was anxious to try out the newest additions. As I mentioned, I had just installed new PRP seats, Fox Racing 2.0 RC2 shocks and ITP Sand Star tires mounted on ITP T-9 Pro Mod wheels. But this was also the first big dune trip since adding the Holz/Kroyer Stage 3 motor kit and SSV Works stereo system.

First off, the SSV Works stereo just flat out thumps!  With a big subwoofer, two 6×9 speakers and an 800 watt amp, it rocks really well while riding.  But what I liked best was having a portable stereo system in camp to play tunes off our iPod. I was able to move the RZR wherever we wanted music, and let it fly.  It was a good thing I added a larger capacity battery from All Terrain Research, because we used everything it could give us on Friday night! 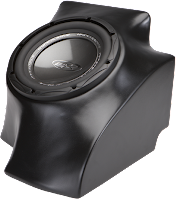 The seats I installed from PRP were very comfortable, and the heating elements were awesome on Friday morning when it was in the forties. I really like how the new high back seats hold you in place when out on a fast ride.

The suspension did well with the new Fox RC2 2.0 shocks.  What I like most about these shocks is the ability to adjust compression and rebound for different riding terrain.  In the dunes, I like a firm ride so I don’t have to cringe when a g-out appears or when I throw another adult in the RZR with me. But out on a mellow trail, I like a nice plush ride.  With the Fox 2.0 RC2’s, I can do all of that with one shock.

The biggest hit for the weekend was the power. I hadn’t had a chance to really push the RZR much since the addition of the Holz/Kroyer Stage III upgrade, and Sand Mountain is definitely the place to use every bit of power you have.  It was very fun to be able to climb most any hill there without even a concern. And on fast rides leading 450cc ATVs and a sand car, I didn’t feel like I was slowing anyone down.

What really helped put the power to the ground were the wheels and tires from ITP. The T-9 Pro Mod wheels are real light, and the Sand Star tires not only hook up well, but add some nice control for side hills and hard cornering.

I too a few in car videos of the Polaris RZR 4 in the dunes.  In one, the RZR 4 is up front with just the driver.  In the other, the RZR 4 is behind with four people in it. 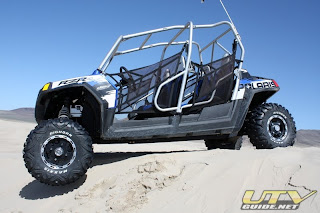 Find out more about the RZR 4 on the Polaris  website at: Polaris RZR 4 Robby Gordon Edition