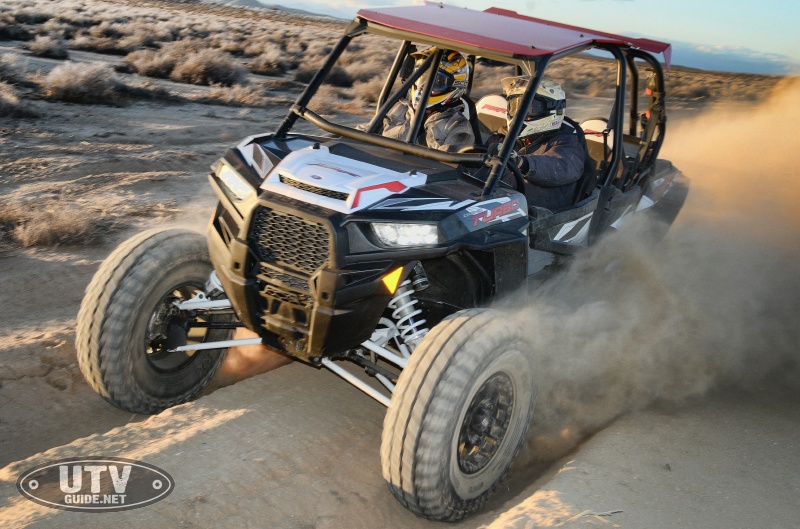 BLEEDING THE LINE BETWEEN ATV AND LIGHT TRUCK TIRES That was the first thing out of everyones mouth at the In2dirt Media shop when we rolled these bad boys out of the truck bed. Sitting next to the 285/75R16 Falken Wildpeak ATs on the shop truck (which measure 33 inches tall by 11 inches wide), the new STI Chicane 32 UTV tire looks identical in size. Fully inflated, its darn close. At 10 psi, the Chicane stands 32.1 tall, and coupled with STIs gorgeous HD5 beadlock wheel, the package weighs 56.5 lbs per corner. We didnt get a chance to weight the tire without the wheel, but knowing that the standard HD5 beadlock wheel is about 16 lbs, this puts the Chicane around 40 lbs, directly in line with the 32 Mongrel.

As modern UTVs get bigger, the rolling stock has to match. Our 2016 Polaris RZR XP4 Turbo came stock with 29 Bighorn tires, which are great for all-terrain use, but dont stand up to hard abuse in the desert or rocks well. We are naturally hard on tires, so we needed something tough.

Generally speaking, larger diameter tires gobble up desert terrain better than smaller tires, allowing them to float over dips, holes, and ruts without dropping down into them as easily. With Best in the Deserts Racing Rules now allowing 32 tires on UTVs, STI had sponsored racers asking for the 32 feverishly.

There comes a point where tire size meets the law of diminishing returns- when the car isnt built for something this large, lots of shakes and wobbles make their way through the steering box and up to the steering wheel. In that regard, we wouldnt put a 32 tire on a RZR S 900 or a Wildcat. However, the XP Turbo is the perfect platform for testing these monster meats. Compared to the Chicane tires built for 14 inch wheels, the R15 versions get slightly larger center tread blocks. A non-directional tread design means you can rotate the tires as you wish, and the profile is built to wear well on hardpack or asphalt. These DOT-approved tires can be used on the road if your UTV is street-legal, which is a big plus for those who dont live in California. The 8-ply carcass is strong, while still relatively light- its a full 16 pounds lighter than the aforementioned Falken truck tire that measures almost identical in size. Our testing consisted of beating the tires to a theoretical near-death point in the rocky, harsh deserts near Edwards Air Force Base in Southern California. Littered with shale rock, quartz, and tons of small (and very sharp) desert shrubbery, our battle ground featured everything from Baja silt beds to sand, hardpack to loamy soil.

We ran the tires back to back with a set of stock Bighorns, as well as a couple other prominent aftermarket tire types that we wont name. From the first stab of the throttle, it was clear that STI really put in some R&D time on the Chicane tire. From a standstill, the Chicane tires bite with tenacity. Standing starts in the RZR XP4 Turbo produced relatively little wheelspin in 4WD regardless of the terrain. We can attribute this to the design of the tire as well as its sheer size- it lays down a massive footprint in the dirt. For our testing, we ran all four tires at 15 PSI, checked daily for accuracy over our 5 day test.

Most tires excel in one scenario and fall short in others. The stock Bighorns work phenomenally in the sand, but wander on loose hardpack soil and get absolutely hacked apart by sharp rocks. Pro Armors new Hammer tire produces more side bite than seemingly imaginable, but gives up the ghost in straight-line acceleration with the turbo cars. Much to our chagrin, we struggled to find an area where the Chicane really disappointed. In fact, we handed the keys over to multiple UTV owners to try and find points of negative conversation, but all of us were left scratching our heads. In fact, with four full-sized adults in the XP 4 Turbo in 4WD, the tires produced too much bite, not allowing the back end to rotate around in sandy two-track. The solution? Pump up the air pressure, and put it back in 2WD. Simple enough, right?

Throughout our rigorous testing, we had to put a plug in two tires. The first was a three inch wood screw we picked up that ran through the tread block and into the carcass, causing a slow leak. Call us lucky. The second was caused by a mid-corner line change to avoid a rock that placed a pucker bush right under the right front tire. If youre not familiar with desert shrubbery, think of tiny, dried out, sharp sticks fastened vertically to a batch of roots- its basically a tire booby trap. Both punctures were completely expected due to the scenario. With some other tires, we have plugged tires up to 11 times in a single 5-day trip on the same trail. For the Chicanes to emerge from our testing bearing only two plugs proves that they are a very strong tire. We clocked 280 miles on these tires during our 5-day test, and the tires still looked nearly brand-new. The only tread wear we could find was a slight wearing on the rear knob edges from spinning tire in the rocks- no chunked treads, no tears, and no visible deterioration of the tread height. Currently, there are only a small batch of tires that provide this type of performance and longevity, and the Chicane is proving its worth. For desert terrain, it is the best tire STI has ever built, giving the Mongrel a tough competitor in the DOT-approved UTV tire category. 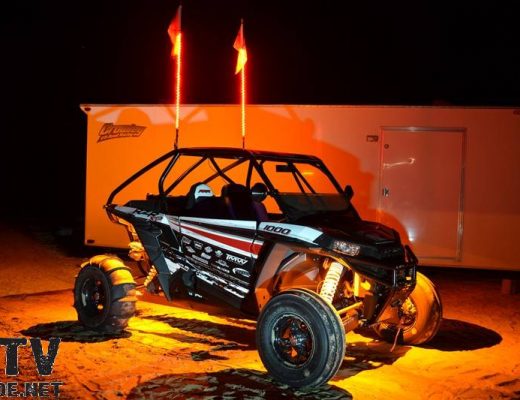