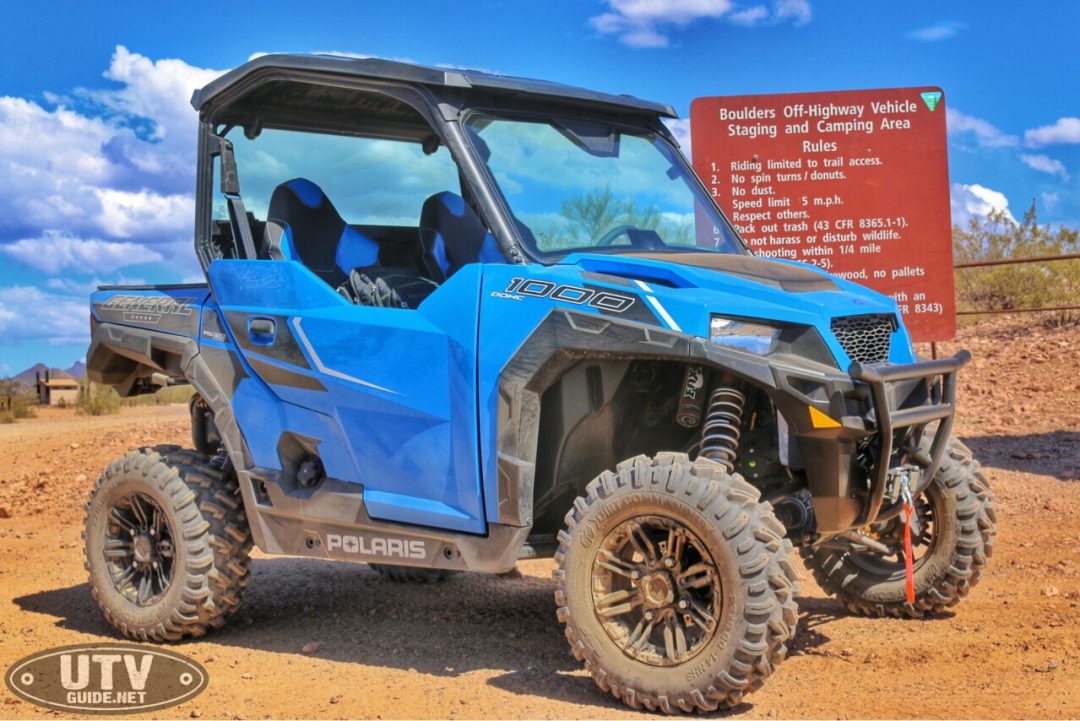 The Polaris GENERAL is the newest side x side vehicle from Polaris and fills the gap in between a RZR and a RANGER.  Touted as 75% recreation and 25% utility we fell in love with it right after we got behind the wheel at thePolaris GENERAL media event. 100 Horsepower Prostar Engine makes the GENERAL a blast to drive

100 horsepower and a sporty suspension got us hooked and we were eager to see how far we could push the GENERAL into the sport side of the equation.

We took delivery of a Polaris GENERAL Deluxe and have been impressed with the factory shocks until you want to drive the car hard. For example, we took the GENERAL to the dunes (see Polaris GENERAL Dune Review) and the combination of high speed g-outs and wider stance from the sand tires had us bottoming out. We often tend to drive like we are racing, and this is where we felt the need for increased shock capacity.

The Polaris GENERAL has 12.25″ of front and 13.2″ of rear suspension travel with arms borrowed from the Polaris RZR S 900/1000. Factory shocks are 2-inch with dual-rate springs, pre-load adjustment only and no reservoir. The shocks work surprisingly well for a OEM setup. An upgrade from there is available on the Polaris GENERALDeluxe which comes stock with FOX Podium X 2.0 QS3 shocks. These shocks are adjustable for simple and repeatable suspension setting changes on the fly. These shocks have a wide range of compression adjustment which provide noticeable changes of ride quality and handling. But like the OEM shocks on the standard GENERAL, they have a 2-inch body and are designed for normal driving. We felt the GENERAL needed more capacity for the style of driving we like.

We have worked with FOX quite a bit over the years and they have some incredible shocks, but they didn’t have plans for anything larger that a 2-inch shock for the GENERAL.  Since the GENERAL shares suspension arms and shock lengths with the RZR S 900/1000, we decided to get a set of FOX 2.5 Podium RC2s and then work with our friends at Shock Therapy to see what they could put together for spring rates and valving. The 2.5-inch bore allows for greater damping force capability while allowing the shock to run at lower overall temperatures resulting in less fade and consistent damping. The internal bottom-out cup provides additional damping at the very end of the stroke to give you the ability to push your vehicle harder for longer with improved driver confidence. Less compression damping at ride-height gives improved comfort and traction while huge damping at the end of the stroke flattens out the biggest of bumps.

Adjustable Dual Speed Compression (DSC) lets you tune for optimal damping control at each phase of the stroke. The wide range adjustable rebound further allows you the ability to fine tune for any driving style, terrain, or course conditions. Shock Therapy was able to get a loaner GENERAL from Ride Now Surprise and I had the RC2s sent directly to them so they could get to work. After a few days of playing with the stock shocks and then the FOX RC2s, Justin from Shock Therapy said they were ready for me to try them out.

Shock Therapy is located in Wittman, Arizona which is located near State Trust land and also the Boulders OHV Area. This is a great setup since they can test nearby and return to the shop to tweak valving, springs and ride height without spending all day. I arrived and Justin gave me a quick tour of the shop.  Shock Therapy hasn’t been around that long, but the team has a long history in off-road, and Justin has always had his fingers in shock tuning. They specialize in suspension upgrades for UTVs. They have upgrade packages for stock shocks and you can also get after market shock packages for standard or long travel RZRs, Mavericks, YXZ1000Rs, Wildcats and even Vikings. I had Shock Therapy upgrade the factory FOX internal bypass shocks on my RZR XP Turbo and have been very impressed with the results. Shock Therapy offers shock upgrades at their shop, in Glamis during the season and you can also ship them your shocks for upgrade. Justin showed me the GENERAL with the upgraded shocks and I loved the way they looked on the car.  There is something about the larger bore and the Kashima coat that just seems to scream performance.  All of the sudden the GENERAL looked like it wanted to run hard!

We didn’t waste much more time in the shop and went right out to a trail that had some washes that were great for testing g-out situations.

Blowing through a shock stroke is one of my pet peeves. I seriously hate to bottom out a car, and dislike slowing down to avoid a bottom out, so this test was high on my priority list.  We blew through a few nasty spots a pretty good clip and never once felt close to the bottom of the shock travel.  Both of us are 200+ lbs. and Justin likes to drive it like a rental so I was thrilled.  I jumped out and snapped a few shots and Justin pushed it a bit harder.

This is where the FOX Bottom-Out Control really kicks into the game. The internal bottom-out cup provides additional damping at the last 25% of the stroke to slow the shock down. This independently tuned compression adjuster uniquely protects against bottom-out events while allowing Justin to use a softer valve stack at the beginning of the stroke for a plush ride in the small stuff and through whoops. With g-outs handled, it was time to see how the GENERAL’s shock upgrade would deal with whoops.  For this, we headed over to Boulders OHV Area.  This riding area has a ton of whoops that are great for shock testing, but not so great for pleasure riding. There are whoops in the corners, whoops in the straight stuff and whoops on jump faces.

We found a set of whoops that were on a corner and most of them were about a foot deep.  I had Justin roll through them slow the first time to illustrate their size.  Then a few more times at speed to see how the GENERAL could handle things.

Polaris GENERAL running through the whoops

I was very impressed with the results in the whoops, and then Justin said he had a few more tweaks to make before he was done with it.

Keep in mind, this isn’t a XP1000 with 17-18″ of wheel travel, this is a GENERAL with 12-13″ of travel. Plus it has a bed in the back to haul stuff and Justin was blasting through foot deep whoops around a corner at about 40 MPH.

Another area where the larger body of the 2.5 FOX Podium RC2s shine is capacity. Increased oil volume allows for reduced fade and increased durability.  So if you ride hard for more than just a few minutes, a 2.0 shock will heat the oil quicker and shocks will start to fade. The 2.5″ aluminum body of the RC2 creates a 50% increase in piston area which allows the shock to do more work with lower internal pressures, less heat, and greater durability. Blasting around a corner while going through the whoops

I am very excited about this shock package, and so should every other GENERAL owner that likes to drive their UTVs like they are racing. With the larger capacity, ability to absorb huge impacts and all of the adjustability found in FOXs  2.5 Podium X shock, you can now take your UTV to the next level. If you are interested in a shock upgrade for your Polaris GENERAL or any other UTV, give the guys at Shock Therapy a call at (623) 217-4959 or drop them an email at sales@shocktherapyst.com. 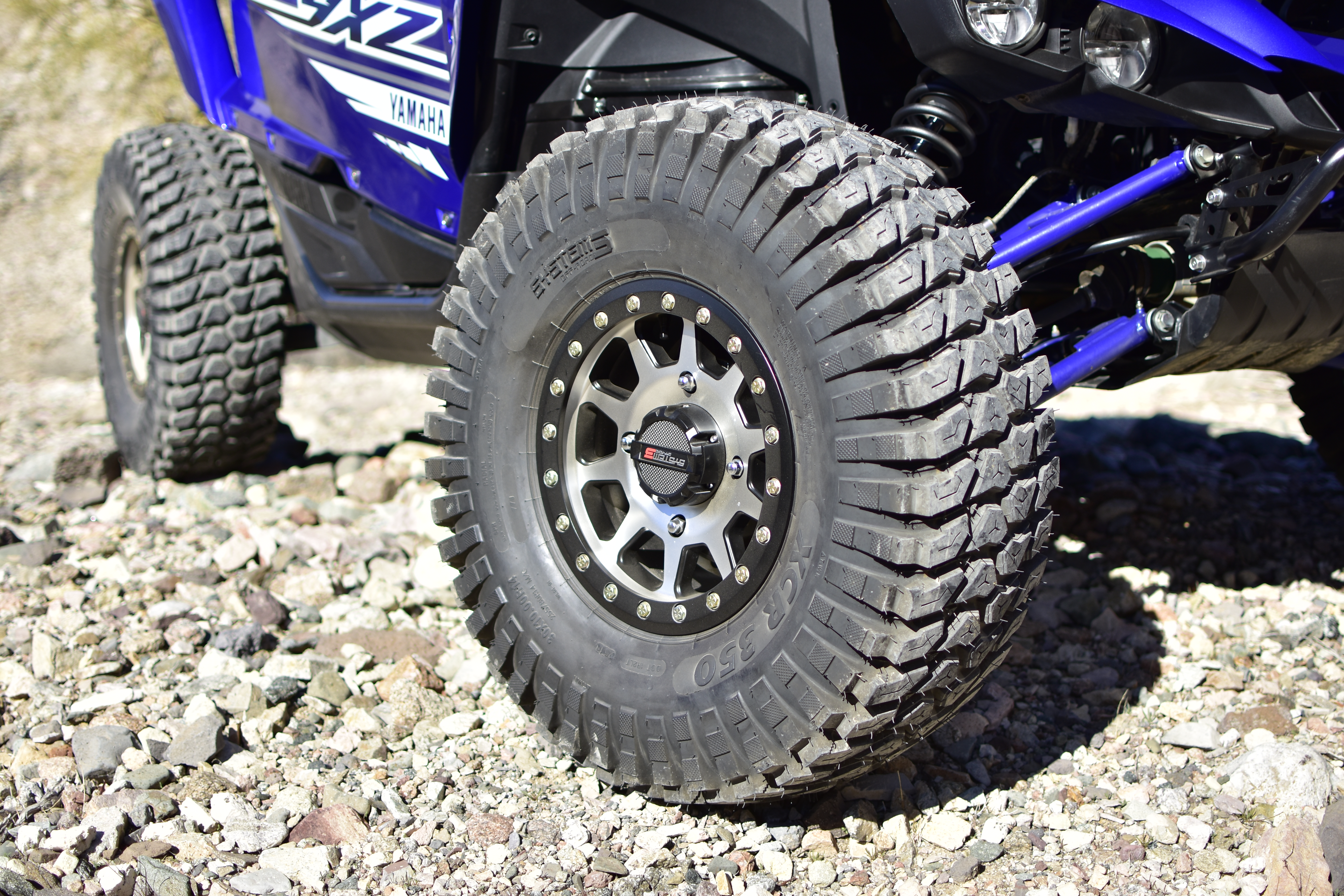 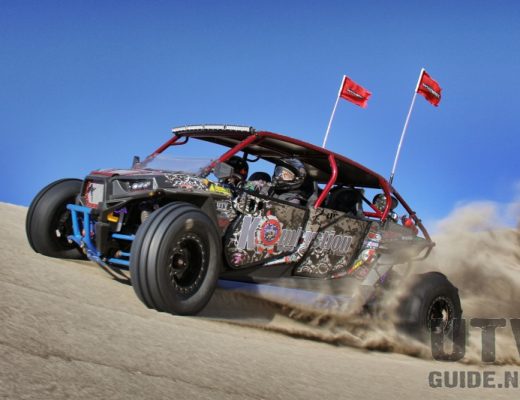