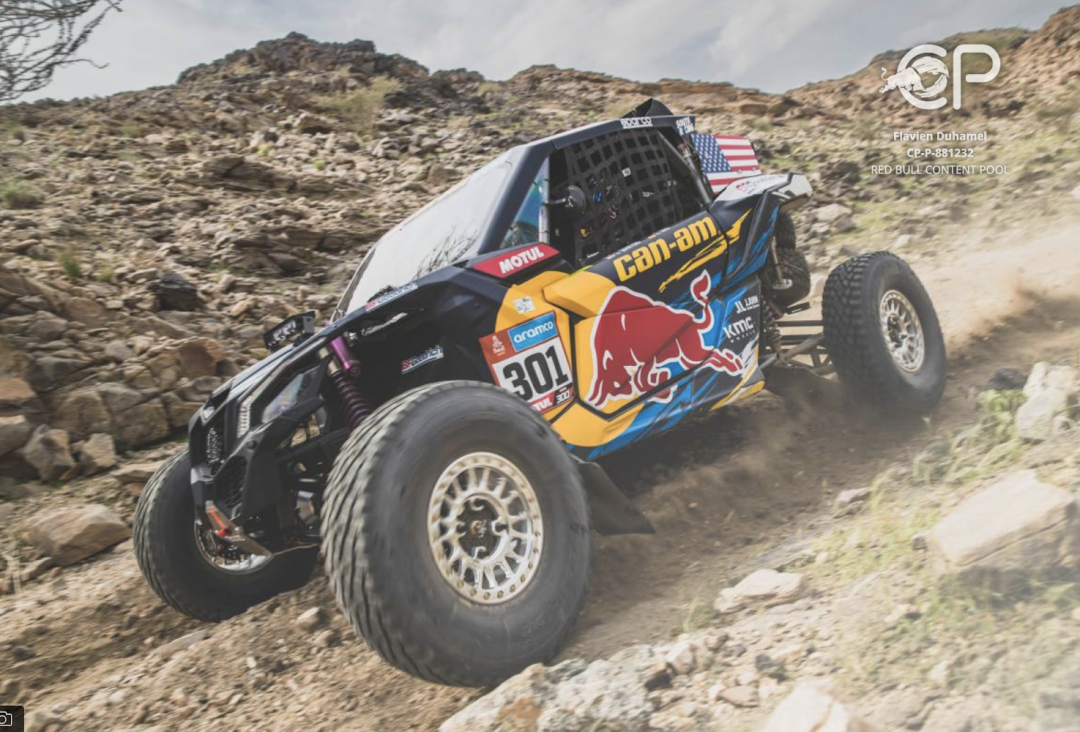 The 2023 Dakar Rally wasted no time in serving up drama on the sands of Saudi Arabia. Stage One of the brutal rally saw the bike race’s defending champion crash out while fresh-faced challengers put their own names in the frame across the categories.

Following the relative calm of yesterday’s Prologue Stage, New Year’s Day brought with it an ultra-tough 368km loop stage around the Dakar’s Sea Camp in Yanbu. The terrain swung between sandy ground and stoney tracks before finishing up on the dunes. Let’s take a look at who came out on top…

Chaleco López’s new Dakar has started where his last one finished, in the overall lead of the T3 category. The defending champion took the stage win for the Red Bull Can-Am Factory Team alongside co-driver Juan Pablo Latrach. Their T3 team-mates Cristina Gutiérrez/Pablo Moreno finished eighth fastest in class while Rokas Baciuška/Oriol Vidal delivered another winning result in the T4 category.

Taking second place on the T3 stage was Guillaume De Mevius/François Cazalet in their OT3. Then came all three crews of the Red Bull Off-Road Junior Team USA presented by BFGoodrich. Seth Quintero/Dennis Zenz, AJ Jones/Gustavo Gugelmin and Mitch Guthrie/Kellon Walch were third, fourth and seventh respectively on the stage.

“We’ve still got thousands and thousands of kilometres to go. A lot is going to happen in these next two weeks.” – Seth Quintero

Tomorrow’s Stage Two sees the Dakar convoy leave the Sea Camp at Yanbu and head east to Alula. Giant boulders and deep canyons will feature throughout the 430km timed special stage as well as a chain of desert dunes. Things will only get tougher from here!

Quotes
Seth Quintero: “The plan this year is to be at the finish line each day so on Stage One it’s job done as far as that’s concerned. Today we got caught up in a lot of dust all day unfortunately, but it is what it is. I was focused on trying to run at a really smooth pace throughout. Last year we were always looking to push, now we’re doing our best to stay calm but still always ready to go.”

“You can’t be at the front in the second week if you don’t do the work in this first week of the rally. We’re within a minute of the lead so that’s not a bad place to be. I’m excited to have Stage One done and we’ve still got thousands and thousands of kilometres to go. A lot is going to happen in these next two weeks.”

“The plan for tomorrow will be the same thing as today. Just make sure we get to the finish line again and do our best to avoid running into problems. We’ll keep an eye on the overall results and if we need to pick it up a little bit then we can do that. As of now I’m happy with everything so we’re all good.” 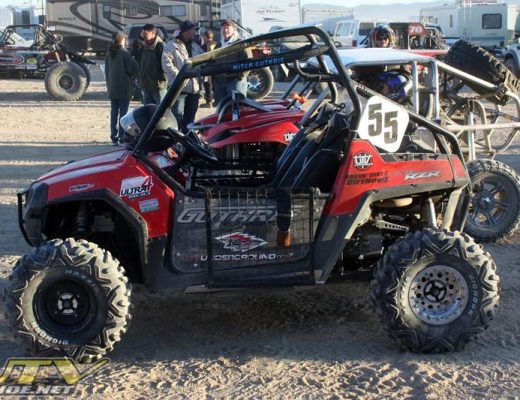 Success For Walker Evans Racing At 2011 King Of The Hammers

Volunteers Needed for Largest aSa Fundraiser of the Year