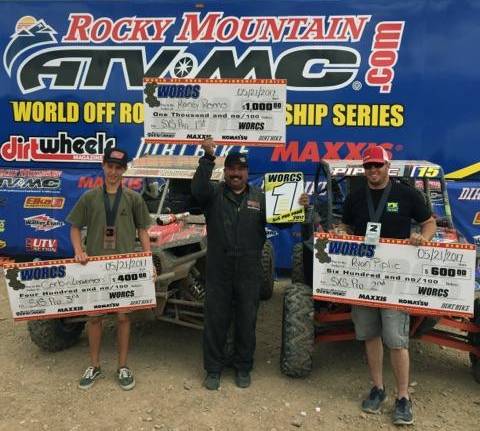 Anaheim, Calif. – May 26, 2017 – GBC racers and a record crowd were greeted by near-perfect conditions at Iron Mine Race Park in Cedar City, UT for the 8th round of the 2017 WORCS Racing Series. The course featured a unique mix of motocross sections, sand whoops and an endurocross-style area with logs and tires, making for exciting racing for both competitors and spectators.

GBC Motorsports racer Logan Huff, from nearby Santa Clara, UT, played off the support from his attending family and friends to take a pair of class wins. Huff started toward the back of the Pro-Am pack, but worked his way up to the front by the second lap and maintained his lead all the way to the finish line. This was his third win of the season for the Pro-Am points leader. Huff added a victory in the Prod A class for the third time this season.

Mike Dorn added a 3rd place podium finish in the 50+ A class, while Austen Turner earned a pair of 5th place finishes in the Pro-Am and Open A classes. Jolene Crouse finished 4th in Women A and 5th in Open C. The breeze that had kept the course relatively free of dust during the ATV races calmed by the time the SXS classes hit the course, making for some challenging conditions for racers. The SXS Pro class saw an intense battle at the front, with one of the contenders ending up with a broken belt on the side of the course. GBC Motorsports racer Randy Romo, running in third for much of the race, pushed his Dirt Commander equipped Polaris RZR Turbo to a solid, clean finish just behind the leader. After the dust settled, Romo was declared the winner on adjusted time, his first SXS Pro class victory.

The SXS Pro Stock class was just as eventful for GBC racers Cody Bradbury and Nic Granlund, both overcoming challenges to finish on the podium. Bradbury started at the back of the pack, making dust a factor as he worked his way towards the front in his Dirt Commander equipped Polaris. Grandlund, meanwhile, narrowly avoided an early crash and battled with Bradbury throughout the final laps. Grandlund’s Yamaha was slowed by a mechanical issue on the final lap, finishing in third behind Bradbury, marking his fourth podium this season. Fellow GBC Motorsports racer Sierra Romo finished just behind in 4th place.

Not to be outdone, Jason Meckler raced to his third SXS 1000 win of the season. Casey Sims notched a 2nd place podium in the Youth 800 Prod class and holds a narrow lead in the class standings. Aaron Cuevas finished 2nd in Youth 250 Stock competition, his third podium of the season.

WORCS racers now look ahead to the next round of racing at the WORCS Summer Festival, scheduled for June 16-18 at Glen Helen Raceway. Learn more about GBC Motorsports ATV and UTV tires at www.GBCMotorsports.com, and follow us on Facebook, Instagram and Twitter for the latest updates. 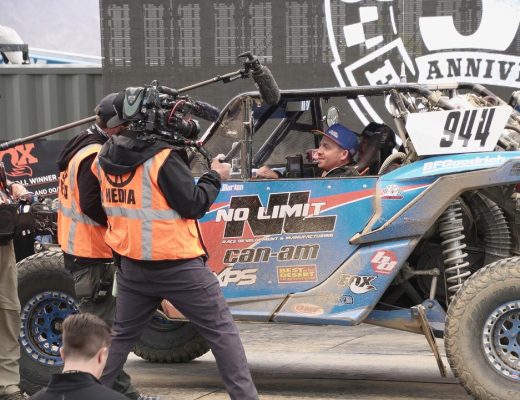 HCR Racing is proud to announce their Can-Am Commander long travel kit for only $4,599