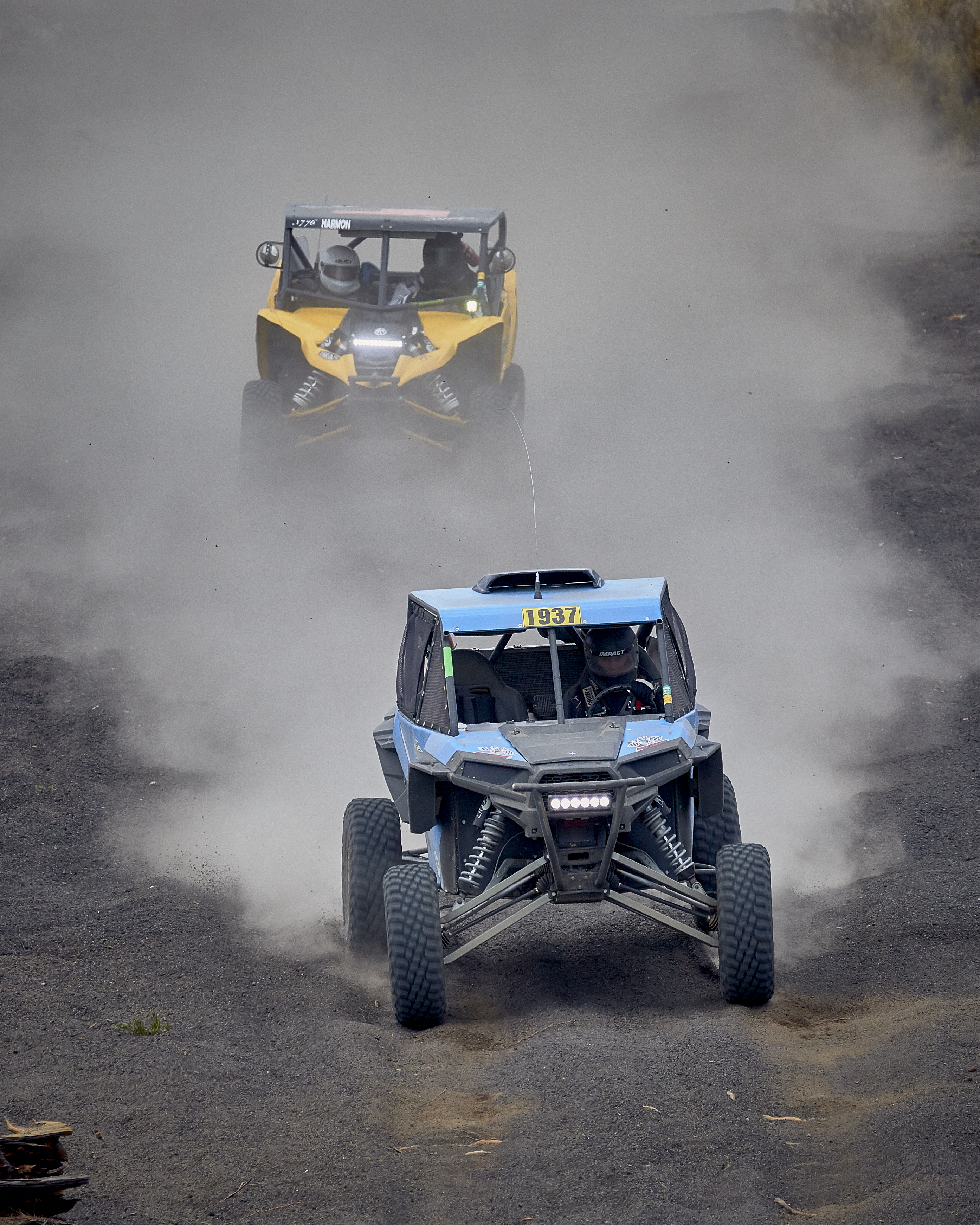 The AZOP community spent the second half of July hoping for rain, but as the annual AZOP Rowley
White RV Series Cinder Mountain Hare Scrambles approached the forecast simply wouldn’t cooperate.
With temperatures in the 90’s and a dangerous fire season in full swing around the Flagstaff area, racers
came into the weekend knowing that conditions were going to be tougher than normal for an event that’s
known as one of the most difficult of the year. For the 7th round of the season – marking the midway
point of the AZOP calendar – the AZOP staff laid out a particularly difficult track that started with two
brutal hillclimbs and didn’t let up much from there. The full course ran approximately 10 miles zig-
zagging through the pine trees that grow out of the titular volcanic cinders which – due to the lack of
recent rain – behaved more like gravelly, dusty sand.

As the second race of the season for the truck and buggy classes, the race – which was presented by GO
AZ Motorcycles and Glowtech – brought out a large contingent of racers and spectators to the very unique
venue. Despite the relatively sweaty and dusty conditions there were spectators lining the course as it ran
through the pits as well as out on the racecourse proper, which was in an open and operational OHV area,
allowing anyone who wanted to get a better view of the action to pick any spot to watch from. AZOP staff
took extra steps to make sure the course was thoroughly and clearly marked with tape and directional
arrows – both to keep racers on course and to help spectators stay off of it; but the heavy hanging dust still
caused a few issues with racers getting off course and then struggling to find their way back into the
competition safely. 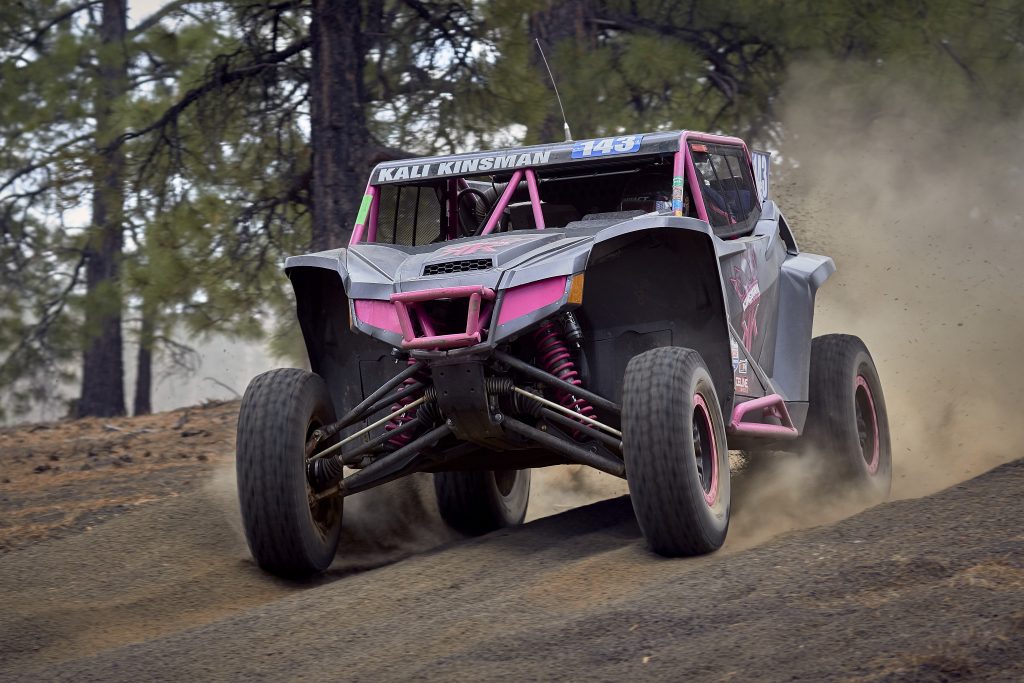 The “Big Bikes” fielded more than 120 entrants for the Saturday race and served as the core of that day’s
action with a handful of pro riders showing up to take on the course and the long list of AZOP regulars.
Likewise the quad and ATC race had 30-plus entrants, including 5 in the pro class. Sunday’s action was
full of carnage in the full-size UTV race with nearly a quarter of the 27 car field DNF’ing in the brutal
conditions. The Truck/Buggy race had fewer entrants with 6 cars making the start, but still brought plenty
of drama with several vehicles getting stuck or suffering mechanical issues throughout the 2 hour race,
leading to a final margin of victory of less than 2 minutes. 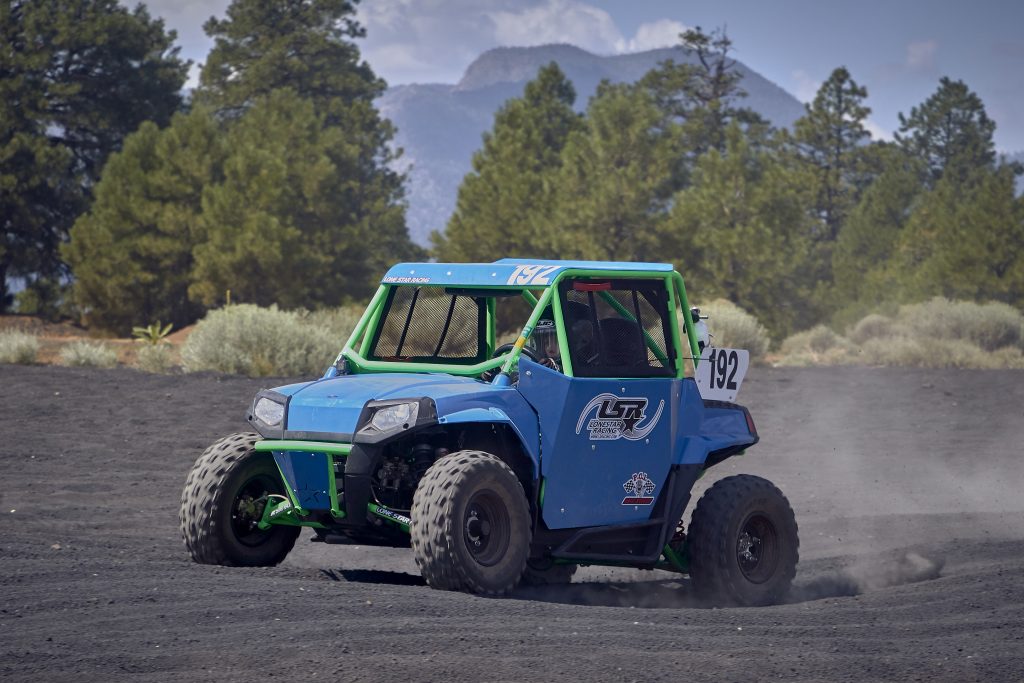 With conditions on the course becoming more challenging with each race, the decision was made to re-
route the mini bikes and mini quads away from some of the more challenging technical sections and
around a few of the steeper hillclimbs which gave the younger and less experienced riders a fighting
chance to make the finish line. Even with the simplified track, the youngsters still had to contend with
about 9 miles of sandy, dusty conditions on each lap. The pee wee classes weren’t subjected to quite the
same torture with their course running on a half-mile loop near the pits where parents and sweep riders
could easily access the track. As is often the case when you combine small wheels with soft sand, there
were plenty of struggles keeping the sweep riders and volunteers busy, but most of the competitors
persevered valiantly and a few showed true skill and speed in their pursuit of glory. 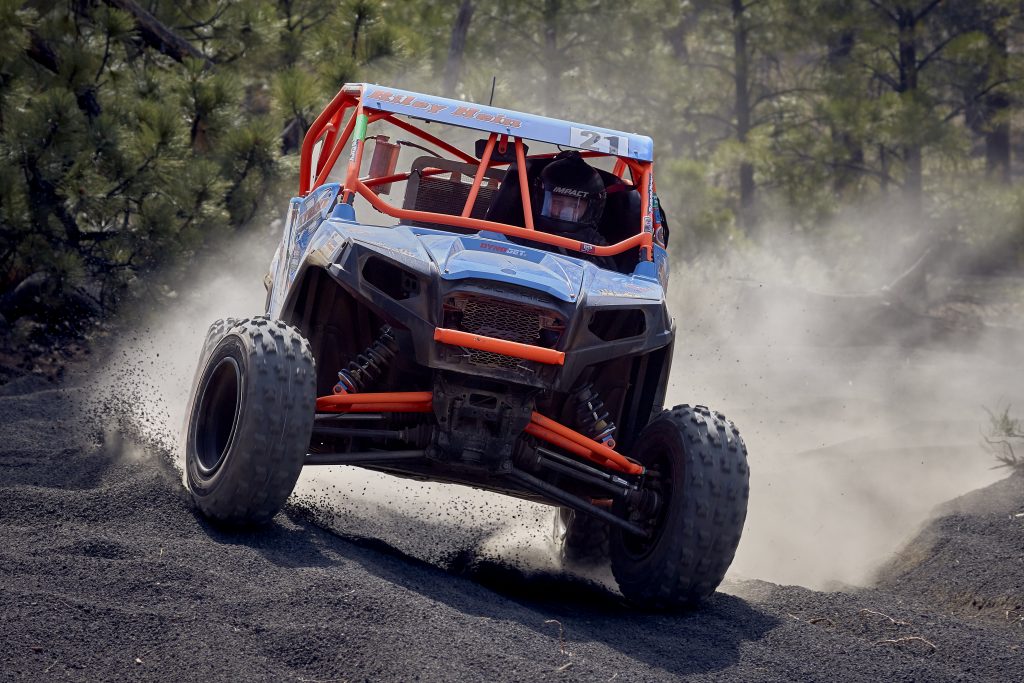 With the two Flagstaff region races now in the books for the year AZOP next heads east to the small town
of St. Johns for the St. Johns Off-Road Challenge, which will host a grand prix-style race on Saturday
and a longer hare scramble-style race on Sunday for bikes, quads, and UTV’s in and around the beautiful
and stark Blue Hills and the Apache County Fair Grounds. Registration is open now!
As always AZOP would like to thank all of the sponsors, staff, volunteers, racers, and spectators for
making this another successful and fun weekend of racing. For full race results, videos, and photos or to
find out about upcoming events go to www.azopracing.com. 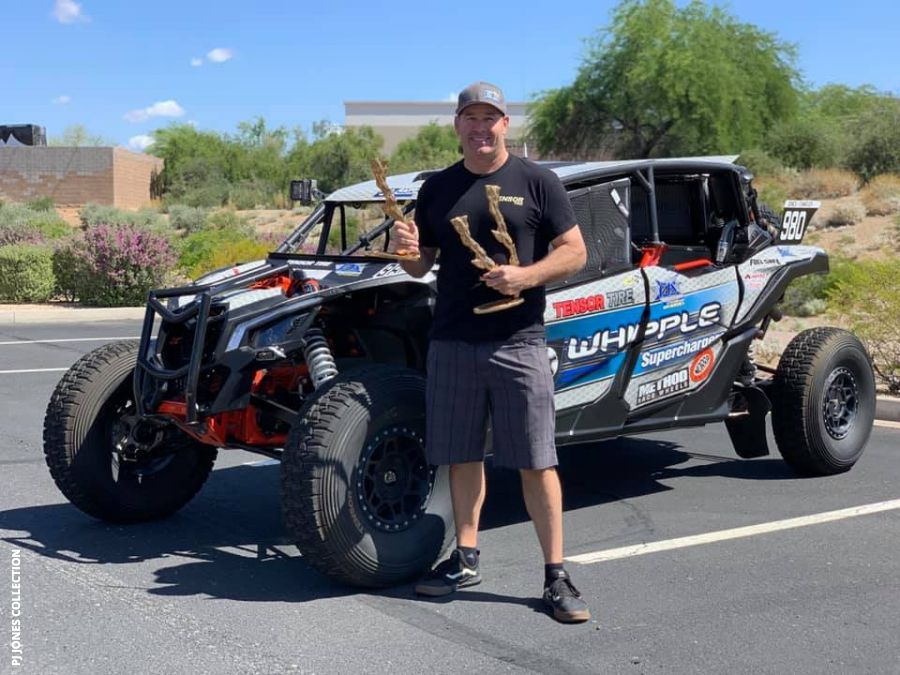