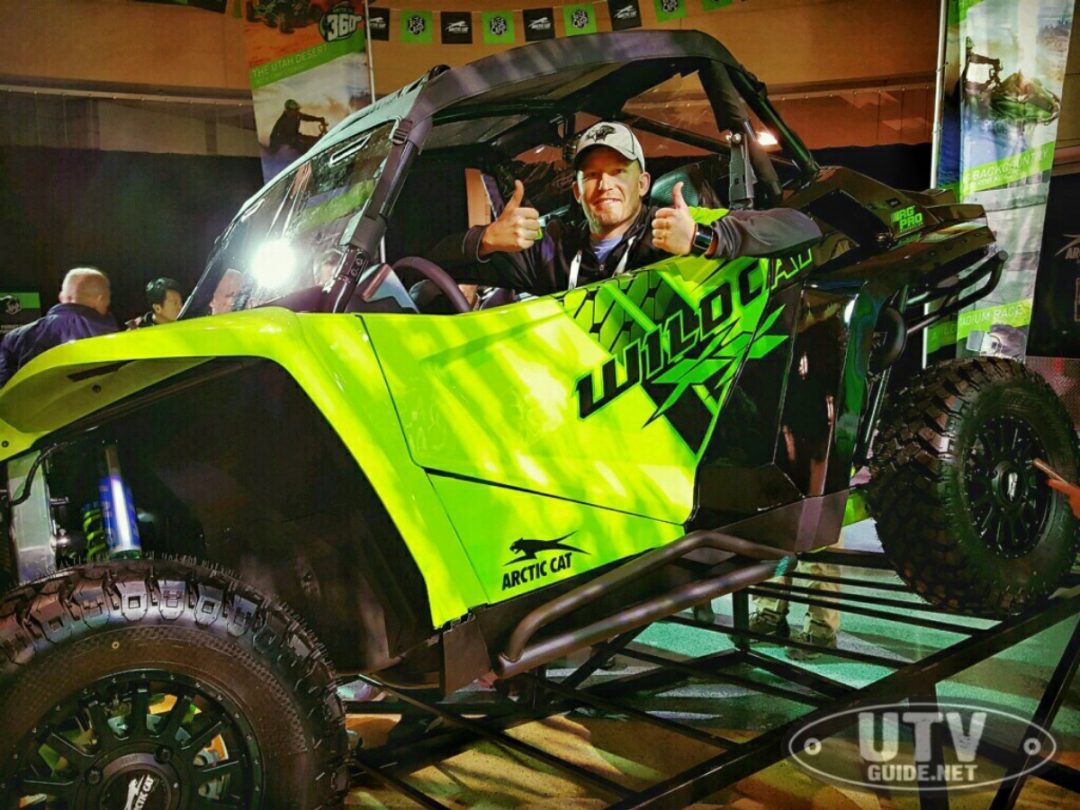 The world just got its first look at the next generation Wildcat, and it’s a big one. Dubbed the Wildcat XX, Arctic Cat’s new performance UTV is new from the ground-up. Heavily involved in its development, Robby Gordon has put his flair on the new Wildcat, which sports perhaps the most abuse-worthy suspension system of any UTV to date.  Excerpts from Robby’s resume include 7 SCORE International championships, 3 Baja 1000 wins, 4 Baja 500 wins, and 9 Dakar Rally stage victories. Arctic Cat has gone on record saying that they won’t ship a single unit until they are completely satisfied with the Wildcat’s durability and performance, which should guarantee a worthy contender in the sport UTV segment! “I can’t tell you how excited I am about this relationship with Arctic Cat” says Robby Gordon. “To be able to build a category leader in the UTV market, and have a team like I have behind us at Arctic Cat; from top to bottom, these guys are committed to winning.”

The all-new UTV uses a variant of Yamaha’s inline triple dual overhead cam engine, tuned to produce 130 horsepower from 998cc. This is in naturally aspirated configuration- Arctic Cat has promised both a factory Turbo unit down the line, as well as a bolt-on accessory turbo kit bumping power output to around 215 horsepower. The engine is mated to a TEAM Rapid Response CVT transmission, unlike the Yamaha YXZ1000R’s 5-speed manual or paddle-shift unit. Also included is a factory external alternator system. According to Robby, the stock naturally aspirated version is good for 83 mph on the top end. Putting that power to the ground is an all-new suspension system with some pretty trick componentry. Out back, the RG Pro trailing arm suspension from the Wildcat RG Pro model returns. This uses a Y-shaped trailing arm with dual front pivot mounts and no radius rods. Up front, a dual A-arm suspension with lower A-arm mounted shocks and front-mounted steering should make for a very controlled, smooth ride. Arctic Cat has yet to release suspension travel numbers for the XX, but we would ballpark them around 17” front and 16.5” rear, judging by the RG Pro specs. Wheelbase length was not identified either, but by our math should register very close to the Maverick X3’s 102 inch stance. Big travel numbers get thrown around a lot these days, but in reality, the quality of the travel matters much more than the actual number. Arctic Cat has outfitted the new XX with massive King coilovers, complete with dual-rate springs and optimized valving. With Robby on the development team, this could be the best-tuned factory UTV to hit the dirt yet. The cage system is quite attractive for a stock unit, with 1.75” diameter main tubes and a smaller V-shaped intrusion bar up front. The cage also sports a full body-width top with a center support bar, as well as more cross bracing behind the seats. Two color options were shown- a matte grey/black and a lime green/black. Arctic Cat fans can also rejoice at the fact that the new bed will accommodate a full 30” spare tire laid flat, and has a full deep-pocket bed with tie down points. Suspension means nothing without strength, which is why the new Wildcat XX uses double-shear mounting points for nearly all of its suspension links. The original Wildcat used single-shear rear suspension components, meaning the moving pieces were bolted onto the face of another stationary component, rather than captured on both sides of the bolt. Double shear increases strength and durability tremendously. For an easy visual example, look at the way an outer tie rod end attaches to the spindle on a RZR XP, then look at the new Wildcat XX’s tie rod ends. Front Steer was mentioned in the presentation as well, and it’s an important topic. On most Sport UTV models, the steering rack and tie rods are located behind the front axle. This is easier to package in most cases, but leads to busier steering and more feedback through the wheel. By moving the steering rack to the front of the axle center line, you can eliminate a lot of bump steer by decreasing the tire’s leverage on the tie rod and steering rack assembly. Further, mounting the shocks to the lower A-arm as opposed to the upper allows for a less aggressive shock angle and eliminates the need to poke shock towers out of the top of the hood. The Wildcat XX was shown with 15” KMC wheels and 30x10R15 EFX Moto Hammer tires, which we expect to see on the production model. Arctic Cat brought the wheel offset way in to extend the A-arms and axle shaft length as much as possible while still fitting in the 64” class specification. This allows for less dramatic CV joint angles, prolonging life and performance. The Wildcat XX’s looks are certainly interesting, and while we haven’t had a ton of time to dive up close and inspect it under a microscope, it aims to provide plenty of coverage from mud, rocks, and debris. The full-coverage doors are reminiscent of a Polaris General setup, with a very automotive feel. Interior space seems plentiful, with a large center console sporting a beefy passenger grab point, cup holders, and plenty of room on the dash for switches and accessories. The seats are straight out of a base Wildcat by the looks of it, which isn’t unwelcomed. Tilt steering and a new dual-screen digital dash round out the interior. The new suspension sports front and rear swaybars, as well as some very beefed up componentry over the base Wildcat. The radiator has been relocated to the front, but is tucked up and out of harm’s way. If there’s a man who knows how important durability is in off-road racing, it’s Robby Gordon, and he seems to have shared decades of experience with the engineering team on the Wildcat XX. Room for a Full Size 30-inch Tire in the Bed

The car also sports some high tech chassis components, and utilizes a full tube-frame chassis, just like a race car. Bolt-on accessories will be available at launch, including an Arctic Cat turbocharger kit good for well over 200 horsepower, a long travel kit that brings the width to 77 inches, a full factory widebody kit, and more. The bodywork will clear 32 inch tires in stock form. Later on down the line, Arctic Cat will release the “Speedcat 77”, which is a full race-ready version of the Wildcat XX fitted with the long travel suspension, wide body kit, turbocharger package, and much more. Pricing has yet to be released for either model, but with the Wildcat RG Pro now sporting a price of $17,999, expect the standard Wildcat XX to fall in the low 20’s. The best part? All of the Speedcat accessories will be available from Arctic Cat as bolt-on upgrades for the Wildcat XX, allowing owners to upgrade their ride with factory-spec pieces.  Rough 4 seat prototypes were also displayed, with a launch date speculated around Winter 2018. We can’t wait to get our hands on this new Cat, and will be bringing you more up to date information as we can dig it up! All of this is preliminary information, and therefore subject to change as Arctic Cat finalizes the roll out of the new Wildcat XX. We caught up with Dean Bulloch and Karl Munford before qualifying at #KOH2018 @textronoffroad @dnp.performance Wildcat XX @ultra4racing 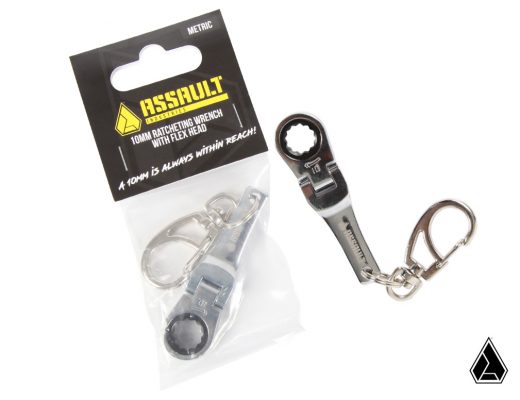