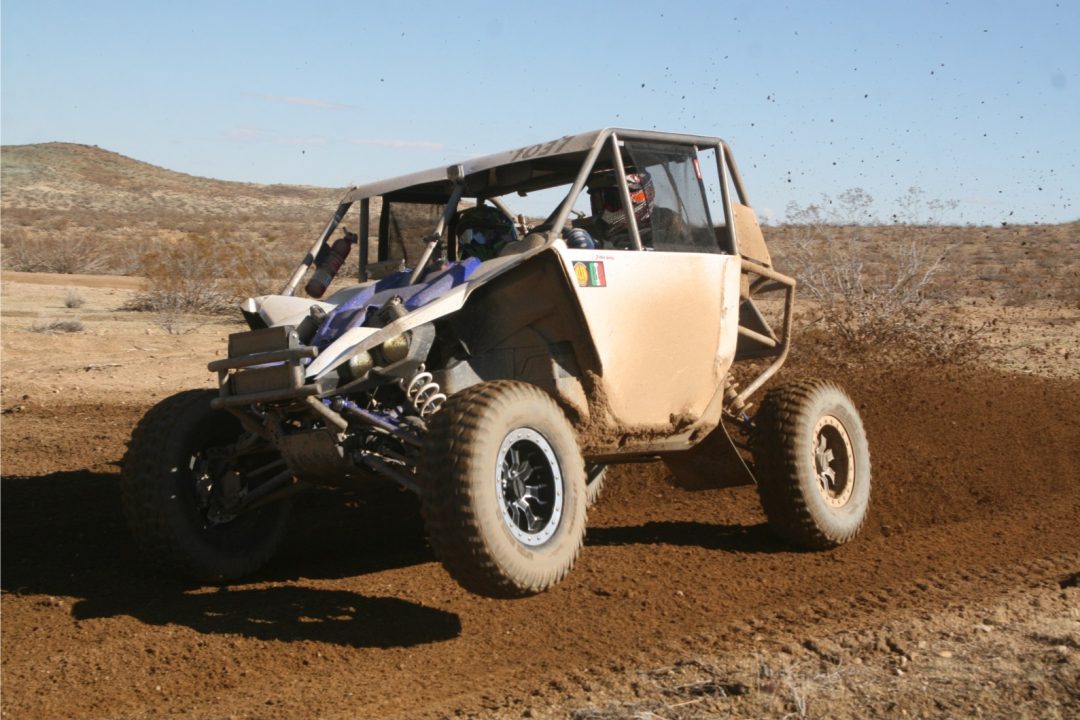 California City, Ca – Jan 14, 2017 – Race promoters Lois and Lou Peralta (AVE/BP Racing) must be doing something right. They could have not asked for a more perfect weather and race conditions if they had invested a ton of money to make the 21.4-mile, four-lap off-road course perfect for racers.

Rains pelted the Californian City area for over a week, which is quite unusual for a city that normally averages about 2.7 to 3.2 inches of rain per year. By the time the race rolled around Saturday at 10 a.m., Cal City reported well over eight inches of water for the year—that’s only 14 days into the New Year! It’s going to be a great spring season not only for the lovers of the desert flora and fauna but for the thousands who visit Cal City every year to ride their various versions of OHVs.

Because of the lack of dust, the first two laps of the PURE “100” UTV OFF-ROAD DESERT RACE, Presented by PRP Seats, saw a freight train of cars, at various portions of a very fast course; nose-to-tail, just waiting for someone to make a mistake. A few did and by the third lap the six or seven-train-like-line was down to the top four. It was anyone’s game. Pit stops would make a big difference at the end. Most racers chose to stop only once for fuel because of the 25-mile lap that afforded them to make two clean laps. However, if you had to stop for a second time, whether for fuel or other, you were out of contention.

In the end there were really three cars to do damage to the entire field and for the first time in the PURE UTV Series and a “Rookie” to AVE/BP Racing, emerged atop the standings.

To be sure, Jesse Gage and Dylan Gage (Yamaha YXZ – Steele City Glass, FOX Shoxs) were nothing but content when they finished the final four laps of the 100-mile race posting a time of 2:13:18 hrs., and positioning  themselves as the fastest Overall and fastest in the combined Pro Turbo and Pro 1000 Classes. (More about this in a bit.)

The father and son team  is new to the series and in fact to racing UTVs but they have been involved in desert racing for a long time, with dad being a veteran of the AMA’s District 37 and son, Dylan, riding his minis with dad ever since he was 3 ½ years-old. To say that these guys are the ones to watch out for this year, should be considered an understatement. They set a level of competition that most are going to have to step up to best, especially when you consider their very smooth driving style. No stops, no flats and just one smooth fuel stop. They beat second Overall and second Pro 1000 Class finisher, Paul Cooper and Justin Ecclestone (Polaris, Cognito, Sparks Racing, Baja Designs), who finished in a time of 2:14:16 hrs. – Only a minute and two seconds in arrears. They, too, ran strong and it looked at times that you could throw a blanket over first, second and third cars on-course.

Finishing in 3rd Overall was pre-race favorite Cain Smead with Jordan Gocke as his Navigator (Yamaha, UTVDriver.com). They flirted with the lead a couple of times as well and indeed were the first to take the checkered flag upon completing their four laps. But the race runs on adjusted time according to the start time each racer is given, so their fate was not yet determined until several of the top cars finished. The top four cars all ran very strong including eventual fourth overall, Justin Spencer and Jathan Cox (Can-Am Maverick X3 Turbo – Recycled Precision). By their third lap they began to fall back a tinge, especially when they started to catch slower cars and had to work their way around them, in some cases around globs of mud and water—ha, water in the deserts of California City, I believe that could be considered an oxymoron.

Pros decided just before the Driver’s Meeting to combine Pro purses but keep points earned by Class separately. Race promoter, Lou Peralta, agreed. As a result, Pro Turbos earned points in their Class and Pro Production 1000 also earned points for the year in their class.

However, the dollars were combined for the Overall. This meant the Pro purse swelled $320 to be distributed among the top five Overall finishers. Not bad when you consider that each Pro only pays a $450.00 as an entry fee, compared to other organizations where Pro entries can range from $1200 to $2400 depending on the event, yet the Pro purse only gets around $250 to $500 at most. Not a bad investment to race in the PURE UTV Series.

OTHER CLASS WINNERS AND NOTABLES…

Jesse and Dylan Gage, as noted, picked up first place in the Pro Production 1000 Class. With six entries to their credit, Justin Spencer picked up first place in the Pro Turbo 1000/900 Class. Joshua Wakeland and Nicholas Weaklem (YXZ Yamaha), took the Sportsman 1000 Class, and once again, Gilbert Ramos (Yamaha YXZ – Voss Motorsports, PCI, 50-Caliber), picked up where he left off in 2016 by adding another win to his credit in the Bone Stock 1000 Class.

It should be noted that Nathan Shaffer, Pahrump, NV took a hard tumble during the event. Some reported going over at least six or seven times, destroying the rear-end and a front arm. Some reported that he had lost the motor in the desert. We are glad to report, firstly, that Nathan was fine, slightly bruised (mostly ego, I’m sure), but his safety equipment and car structure held up to what could have been a very nasty situation. Credit must go to the manufacturer and the Aftermarket companies that supply terrific equipment. Glad to report that even though the car did a number on itself, Nathan was not injured or anyone else for that matter.

Noteworthy and honorable mention goes to Mitchell Alsup of Bakersfield, CA (Polaris RZR XP Turbo – Cognito Motorsports, Polaris, Method Wheels, ITP Tires, Sparks Racing), who was in the Pro Turbo lead for the first two laps and was on his way to be among the top Overall finishers, when he posted the fastest lap of the day, on his first lap. He completed the lap in: 29:42 min., at least two minutes faster than anyone else. Mechanical problems apparently brought him to the finish.

The series now moves to its second event of the seven-even series with the PURE “150” RAGE IN A CAGE, slated for March 18, 2017, once again in Cal City but this time using a fifty-mile course that has not been used since early 2015. In fact some of those areas have not been used since AVE/BP Racing first started putting on off-road events back in the late 1990s. The course can be considered fast for a while but then…well, “expect some fun stuff,” according Race Director Alan Bell.

For more details about the series and the next event, visit www.averacing.com and download information about the PURE “150.” You can also take a “virtual tour” of the proposed “150” course through the YouTube link on the Video/Photos page of the website.

Today, there are only a few locations where off-roaders and dirt-riders are welcome with open arms. California City is such place, where thousands of enthusiasts can visit and enjoy the wonderful 203 square milers of open desert and trails. To be sure, everyone must be aware of negative impacts that can be left in the deserts. However, the city encourages people to enjoy the open, clean, fresh air and incredible nights that is California City. Just tread lightly and care for the environment around you. 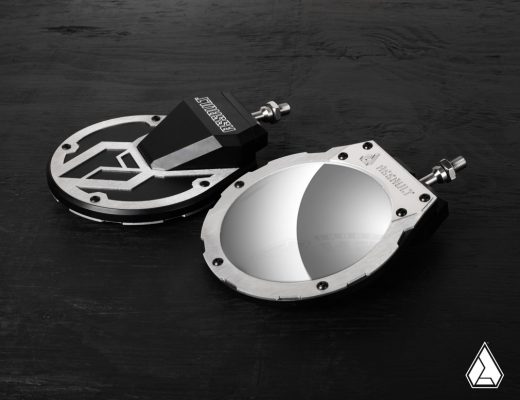