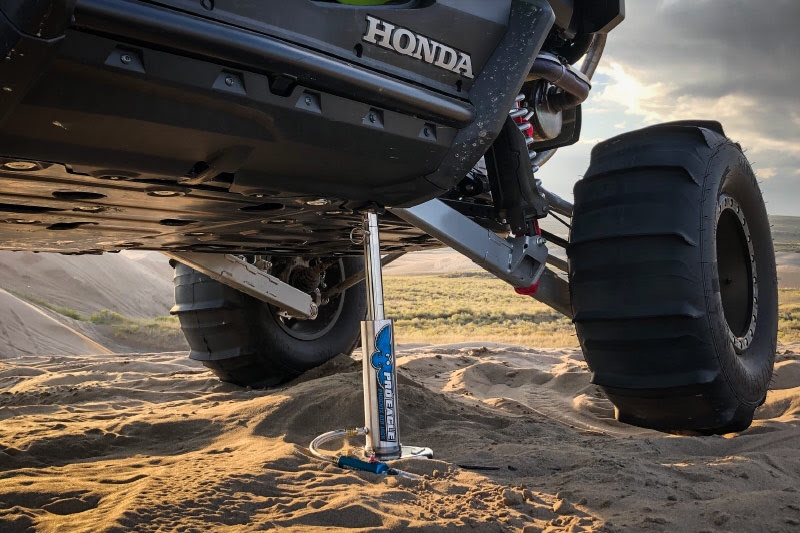 Torrance, CA – The all new Pro Eagle Co2 operated jack made its debut this past weekend at the Sand Sports Super Show in Costa Mesa, California. We nicknamed it the Phoenix, because its design was shelved for many years before we brought it back to life just as the UTV market is seeing huge growth.

Back in 2012 when Pro Eagle began producing the 2-ton off road jack, the number of UTV customers using them was quite small. As more and more UTV users found out about Pro Eagle we quickly became the number one choice of UTV users across the country. The next logical step in the evolution of Pro Eagle was to make a jack that our dedicated fan base could carry in the UTV. Breakdowns on the trail are devastating but having to carry around a bulky jack in the UTV “just in case” you had a problem was something most users we’re not willing to do. So we got to work on an idea that had been put on hold some years back and brought it back to life. 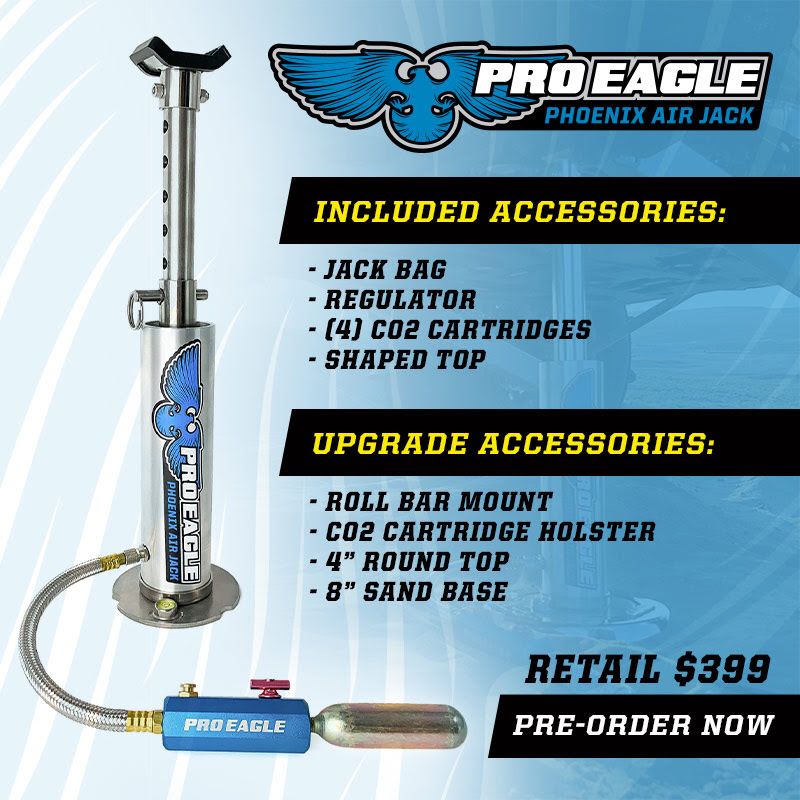 The new Phoenix Co2 jack is perfect for all UTV enthusiasts. Because of its lightweight construction and compact design, it is easily carried on or stored in even the smallest UTV. It extends to just over two feet tall, giving plenty of lift height to make needed repairs on today’s UTVs. The Phoenix is easily operated by a small 20 – 25-gram Co2 cartridge that can be purchased directly from Pro Eagle, or found in bicycle shops, sporting goods stores or even online. The brushed stainless-steel construction not only looks attractive but will keep its good looks indefinitely.

More information can be found on the Pro Eagle website at: www.proeagle.com