Pro Armor Kawasaki Teryx Built By Side X Side Outfitterz Podiums at Blue Water Grand Prix
Riverside, CA, (5/14/2009)- The Pro Armor Kawasaki Teryx Built by Side X Side Outfitterz finishes third this weekend at the Blue Water Grand Prix and takes the season points lead. Under extreme temperatures this past weekend in Parker, AZ and a late afternoon start time of 3:30pm, the race called for six laps at 10 miles each. The plan for the team was to take it nice and easy in the early part of the race. With a traditional Grand Prix start, 16 UTVs side by side would make for some interesting racing action as they all headed for the first corner. “We knew we had a fast car and could run in the front of the pack, so we made sure we had a clean start and worked our way to the front of the pack” said driver Mike Lasher. After the first corner the team was in the 12th spot. Starting in the back made for some intense dust and gave them a slower first lap. By the time the first lap was completed the team had already moved into 5th place. As the laps continued to count down and competitors began to have problems, the Pro Armor Teryx continued on its pace and battled the 10 mile course that was getting rougher and rougher with each lap. Running at an average of only 29mph, this race showed how slow the pace was given the conditions. The Blue Water Grand Prix put on by Best in the Desert had an outstanding variety of terrain to travel through. The team battled silt beds, rocks, water, mud, gravel, sand, steep ridges, and even had to navigate through an old house that was part of the racecourse. The CST Performance +3″ long travel kit and Fox Racing Shox really made a nice addition in the tight confines of the house as other vehicles were taking out walls due to their width. The suspension was able to soak up the rough terrain of the Parker desert without missing a beat allowing the team to run in the front of the pack all day.When the dust cleared the Pro Armor Teryx had moved into third position and was one of only 4 cars to complete all 6 laps. Finishing in the third position at the Blue Water Grand Prix, moved the team into the first position in the season points standings and also opened up the biggest lead of the year. The next race on the schedule for the team is the Best in the Desert Vegas to Reno “the long way” which will be 1000 miles spread out over three days in the Nevada desert August 20-22, 2009.For more photos and information on the Pro Armor Kawasaki Teryx built by Side X Side Outfitterz you can visit www.lashermotorsports.com
Team Sponsors include: Kawasaki, Pro Armor, Side X Side Outfitterz, OMF Performance, CST Performance, ITP Tires, Fox Racing Shox, Beard Seats, Muzzy’s, K&N, Simpson, Lockmann Precision, and Side X Side Action Magazine.
www.UTVGuide.net 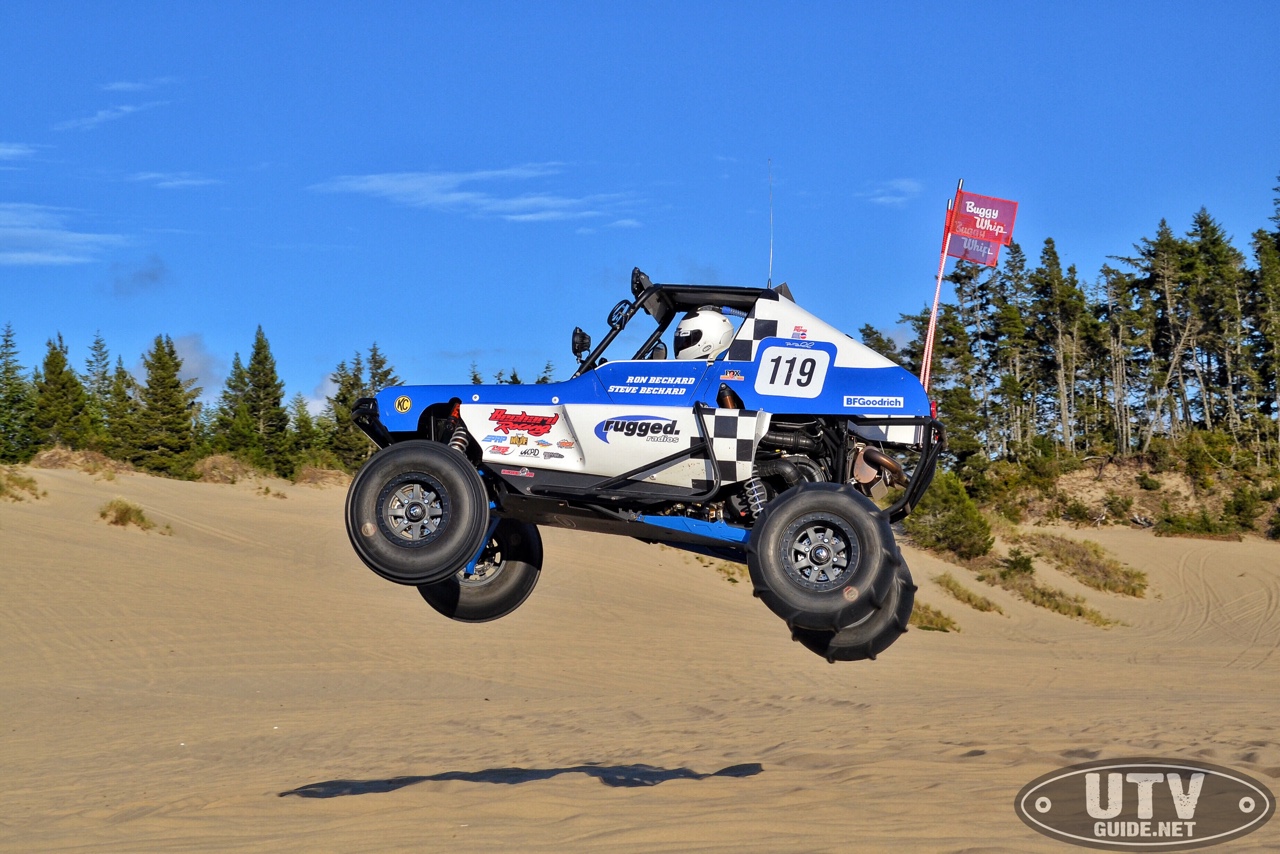