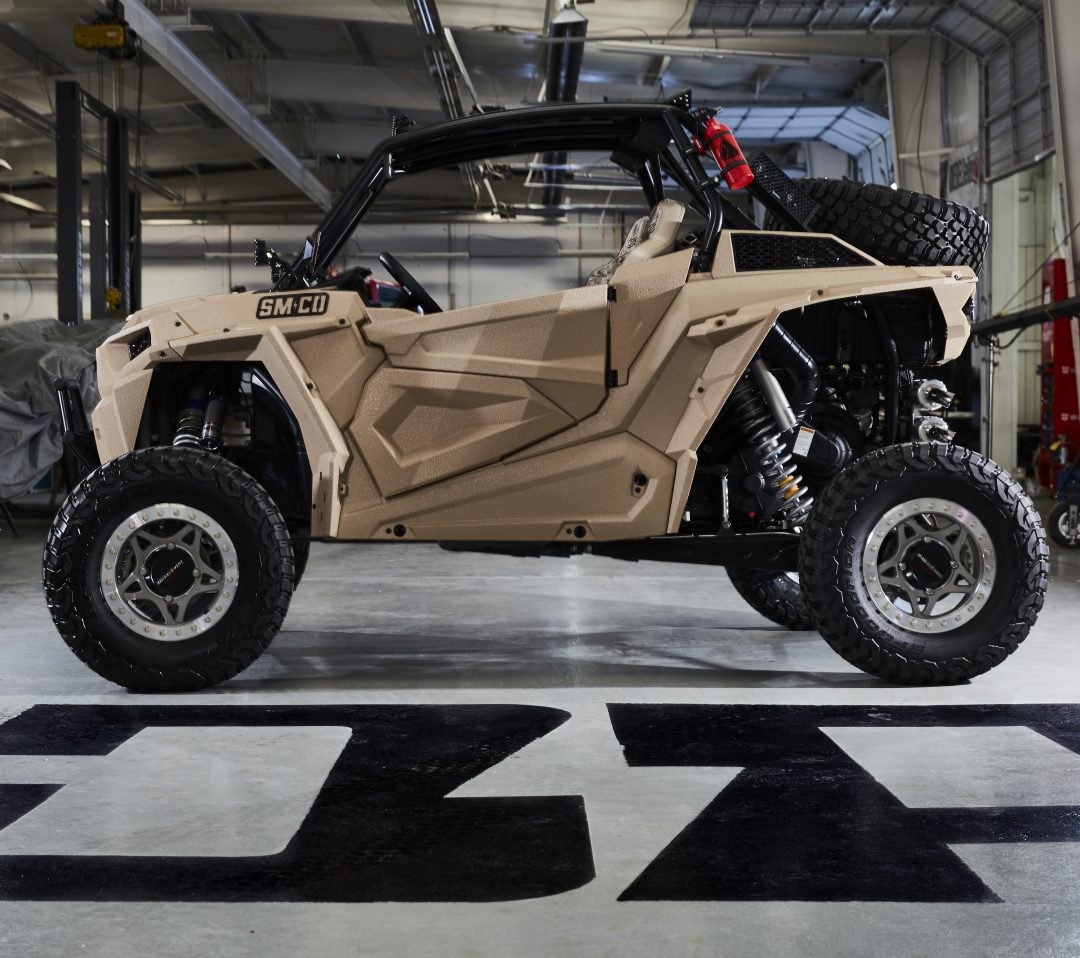 The Diesel Brother’s inspiration for the build came from the Polaris DAGOR and a few other DPV (desert patrol vehicles). They wanted to build something similar to what the military has used for years to quickly maneuver through off-road obstacles and insert troops. To make the vehicle as durable as possible, they coated the entire exterior in a Coyote Tan LINE-X bed liner. This is the last week to donate through the “RZR Salute to Heroes”­ website. Those who donate will be entered to win one of 17 prizes, including the custom military themed RZR XP Turbo EPS grand prize!

In addition to donating, for every picture of a RZR, a RZR Life story, and #RZRLife or #RZRSalutetoHeroes post on social media, RZR will donate $5– up to $25,000 – directly to Warfighter Made!

Polaris RZR, this Memorial Day, is partnering with Warfighter Made, a non-profit organization that supports ill, injured, and combat-wounded service members and veterans, with the “RZR Salute to Heroes” donation and giveaway campaign. The campaign is raising funds for the organization so they can continue to provide off-road experiences and customized vehicles to those injured while serving our country.

Starting today Polaris RZR is raising money in two ways, with 100 percent of the donations going directly to Warfighter Made. Those who donate through the “RZR Salute to Heroes”­ website will be entered to win one of 16 prizes from industry partners. Donors will also be eligible to win the grand prize, a custom military-themed RZR XP Turbo EPS built by the Diesel Brothers. Additionally, RZR will contribute $5 (up to $25,000) for every social media post that includes a picture of a RZR, a RZR Life story, and #RZRLife or #RZR

Warfighter Made was established in 2012, with the goal of empowering and improving the quality of life for ill, injured and combat-wounded service members and veterans, and improving their quality of life by keeping them connected to their families, friends, community and the world. The organization offers programs, as like recreational therapy, through the adaptation and customization of trucks, motorcycles and off-road vehicles. Polaris RZRs are used during these recreational trips

“Warfighter Made makes a difference for so many veterans by giving them the opportunity to continue to do the things they enjoy most, like off-roading.” said Matt Boone, RZR Marketing Manager. “RZR has been a partner of Warfighter Made for a number of years, andwe wanted to show our continued support for the incredible work they do with our country’s heroes.”