In December, Polaris, in conjunction with The Wounded Warrior Project, awarded Kevin McMahon the winner of “The Wounded Warrior Project Polaris Hunt Like A Pro and With One Sweepstakes.” Kevin not only one a brand-new RANGER XP 900 but he, his son, his friend and his friend’s son embarked on a hunting trip of a lifetime, in South Dakota, with legendary outdoorsman, Babe Winkleman.

Sweepstakes Details:
Polaris worked with Wounded Warrior Project® (WWP) on a sweepstakes where a WWP service member would win the all-new RANGER XP® 900 and an unforgettable pheasant hunt with hunting pro and legend, Babe Winkelman. We are happy to announce that Kevin M. from Old Lyme, CT was the lucky winner.

Meet the Winner:
Kevin McMahon joined the United States Marine Corps in 1980 and has received numerous awards and commendations during his 30+ years of military service. Early on, he transferred to the CT Army National Guard, attended Officer Candidate School, and received a commission as Second Lieutenant. In 1990, Kevin became a full-time soldier serving overseas in Iraq, Kuwait and Afghanistan.
While in Iraq, Kevin served as Executive Officer for the 118th Area Support Medical Battalion, which was responsible for twenty six medical clinics throughout Iraq. He then was re-deployed as Chief of Staff for the 1109th Aviation Classification Repair Activity Depot, responsible for all helicopter maintenance in Kuwait, Iraq and Afghanistan.
Kevin retired from active military service in 2011 and currently resides in Old Lyme, CT. He is the proud father of two children and remains active in many Veterans groups, crediting Wounded Warrior Project® for providing many opportunities for him to give back to the community.

FOX Technicians at Rally on the Rocks 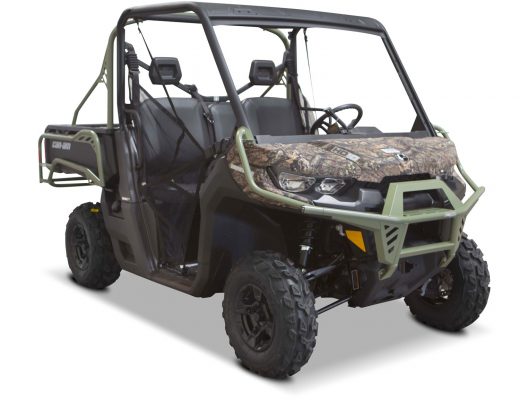