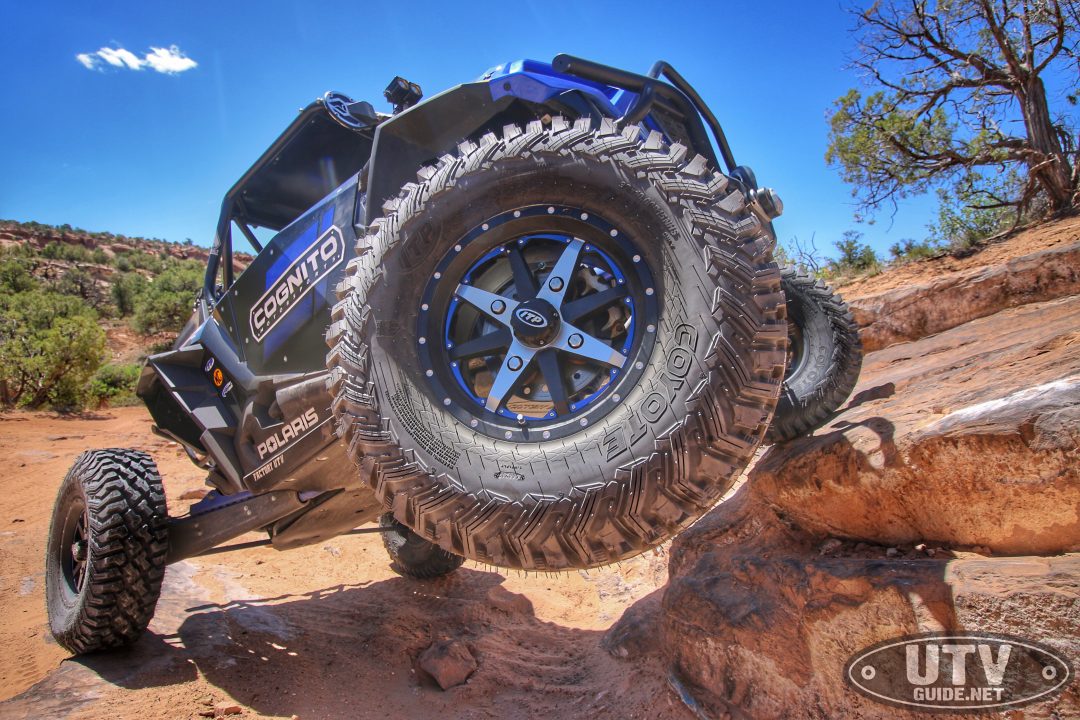 Before we headed out to Moab Utah for Rally on the Rocks, we wanted to add a few things to make it better equipped for rock crawling. The factory skid plate is definitely not up for serious rock crawling, so first up on the list was to protect the underside of the Turbo S and the place for that is Factory UTV. Factory UTV has been using UHMW for skid plates and a-arm / trailing arm guards for years now and that is who I trust to protect my UTVs for serious rock crawling.

Next up we added a Polaris winch and bumpers and finished that off with a Factor 55 Flat Link, just in case we had to help out someone on the trail.

I had a great time in Moab for 2018 Rally on the Rocks and was very impressed with how well our Polaris RZR Turbo S performed. We plan to hit the Rubicon Trail up this summer as well as a trip to the Oregon Dunes for UTV Takeover and Idaho for UTV Invasion.