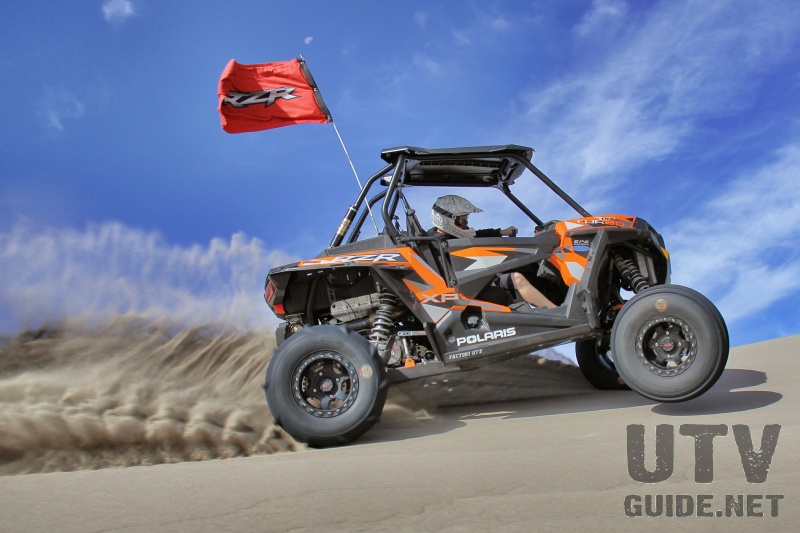 Considering the new RZR XP Turbo was released just over a month ago, I was surprised to see so many of them at the UTV Invasion in St. Anthony Idaho. That’s one thing Ill give Polaris credit for, when they release a new vehicle they are quick to make it available to consumers. Other OEMs tend to tease the market for a while or announce a new vehicle and make the public wait several months before they can actually buy it.

I had the opportunity to demo the new RZR XP Turbo in Oregon at Dunefest and like hundreds of other people, was impressed from the get go. A factory sponsored demo ride is hardly the place to give a new vehicle a shakedown but for the twenty minutes I was able to spend behind the wheel I was very impressed. St. Anthony would provide an opportunity to really see what the vehicle could do. The particular XP Turbo I would be testing was outfitted with a set of GMZ Sand Stripper XL paddle tires and the factory FOX internal bypass shocks had been reworked by Shock Therapy.

It seems like such a little thing but I still cant get over the repositioned seat in the new XP Turbo. Just sitting in the vehicle at camp made me remember how impressed I was in Oregon with the new seat orientation. Over the course of the weekend in Idaho I jumped between the XP Turbo, a four seat XP 1000 as well as a two seat XP 1000 and I felt infinitely more comfortable every time I climbed back into the XP Turbo.

Of course the vehicles shining light is the power and while it hits hard and comes on strong, its not unmanageable in the slightest. Our first ride was a brief cruise through the sage brush out to some smaller dunes. The shocks worked flawlessly at low speeds cruising over low rolling dunes and they soaked up every bit of choppiness on the highly trafficked access road leading out to the dunes. RZR XP Turbo has plenty of power to attack any dune

While Im usually not shy about driving aggressively, I tend to take my time getting comfortable new a vehicle (especially one that belongs to someone else). That being said I had no problem punching the gas and riding as fast as the person in front of me would allow as we trained through the sage brush.

The XP Turbo accelerates quick and on demand. Even if you’re on a slight incline, it has no problem pulling itself along without getting buried in the sand. The added horsepower makes the vehicle easier to drive because you dont have to plan where youre going quite as much; you just point the car and go. While the XP 1000 is no slouch you do have to be mindful of the terrain and plan your route a little more careful to avoid powering out on a steep dune or getting yourself stuck if youre trying to start and stop on an incline. The XP Turbo gives you a bit more freedom to start and stop whenever you please and if you find yourself taking a last minute turn up a steep dune, you should have no problem making it to the top. Tossing sand with the XP Turbo

In the rare event that you dont notice the significant power increase, simply hop into a standard RZR XP 1000 and spend a few minutes behind the wheel. You will quickly understand what I mean when I say the XP Turbo is easier to drive. The added horsepower allows you to go wherever you want without having to plan your angle or approach on a big dune. Just press the gas peddle to the floor and hold on.I didnt get much of an opportunity to test the shocks on the demo ride in Oregon however at one point I ventured out of the single file line and mashed the gas to see how it handled at speed through the whoops. As I was accelerating the shocks felt good but the faster I went, the more I felt like the rear end was nearing the point of swapping out. I backed the throttle off and found a good rhythm that was comfortable and controllable.

In Idaho we decided to see just how well the Shock Therapy upgrade would help in deep whoops and we found just the spot to try it out. After a few passes at low speed I pressed the peddle to the floor and didn’t let up until I was through the whoop section. At higher speeds the vehicle bucked but it remained under control. Because I wasnt letting off the gas, I continued to accelerate the entire run through the whoops. At speeds approaching 60 mph I found myself bouncing around quite a bit inside the cab however most of that would be eliminated with a four point harness.

Watching some video after the fact I can remember moving quite a bit but it wasnt uncomfortable. My opinion is, if the vehicle stays planted and doesnt get squirrely, I can handle a rougher ride. I also recognize the average duner isnt likely to attack whoops at high speeds and for that reason I think the shocks worked incredibly well. After our whoop test we cruised around the dunes for a while and found a couple of jumps. One was a steep dune face that shot the vehicle up more than out. Again, Im a little timid about getting too crazy in someone else’s vehicle but after a few smaller jumps I felt comfortable launching it a bit. As long as you stay on the gas all the way off a jump the RZR XP Turbo flies relatively level. The landing on this particular jump was only slightly slopped so the bigger jumps made for a harder landing. Before stiffening up the compression on the front shocks

After bottoming out the front shocks a couple times we added a few clicks of compression and that mostly took care of the problem. I dont think the rear shocks bottomed out at all although we could definitely feel an impressive hit on a few bigger jumps. Again, it may just be personal preference but I prefer a harder landing that doesnt bottom out than blowing through the travel and bottoming the shocks and the vehicle out. Awesome scenery and a fun little step down to play on

As is often the case when shooting photos, I ended up making a number of passes on the same couple of jumps and dune faces. While it can get a bit monotonous, it allows you to push the vehicle a little more with each pass and see just what it can do.

One particular transfer we found made for a nice step down to the dune below. It took a couple of runs to get comfortable with the blind take off and it was deceptive because there was no lip per say, just a knoll where you would leave the ground and launch to the dune below. I consistently landed with the nose down and the shocks soaked it up every time.

After a solid two days of seat time in the XP Turbo I can say with confidence that Polaris has created a stellar dune machine. The biggest downer about riding sand in any vehicle is that it saps horsepower. While Im sure thats also the case with the new XP Turbo, it has enough to go around that you dont feel any lack. The sand tires improved traction and steering significantly although we definitely noticed a difference in braking with the absence of the front knobbies. I remember the new triple piston front calipers really grabbing in Oregon but that is to be expected with a knobby verses a smooth sand tire. All in all the XP Turbo is a blast to drive and it genuinely makes dune riding easier. I guess that means now its time for either a desert test or more horsepower. Since TMW Offroad took this particular machine home with them Ill have to make the trip to Camp RZR to see what they come up with.

Polaris is a recognized leader in the powersports industry with annual 2014 sales of $4.5 billion.  Polaris designs, engineers, manufactures and markets innovative, high quality off-road consumer and military vehicles, including all-terrain vehicles (ATVs) and the Polaris RANGER® and RZR® side-by-side vehicles, snowmobiles, motorcycles and on-road electric/hybrid powered vehicles. Polaris is among the global sales leaders for both snowmobiles and off-road vehicles and has established a presence in the heavyweight cruiser and touring motorcycle market with the Victory® and Indian Motorcycle® and Slingshot® brands.  Additionally, Polaris continues to invest in the global Work and Transportation vehicle industry with Global Electric Motorcars (GEM), Goupil Industrie SA, Aixam Mega S.A.S., and internally developed vehicles. Polaris enhances the riding experience with a complete line of Polaris Engineered Parts, Accessories and Apparel, Klim branded apparel and ORV accessories under the Kolpin®, Cycle Country® and Pro Armor®brands. 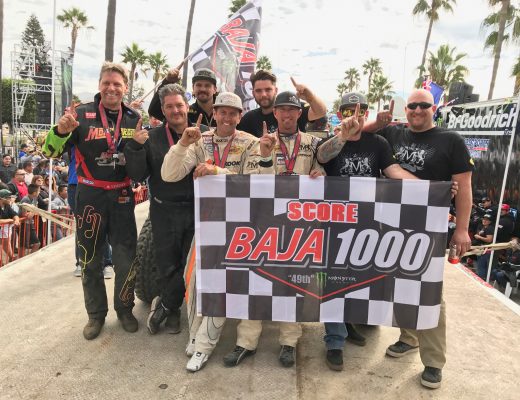