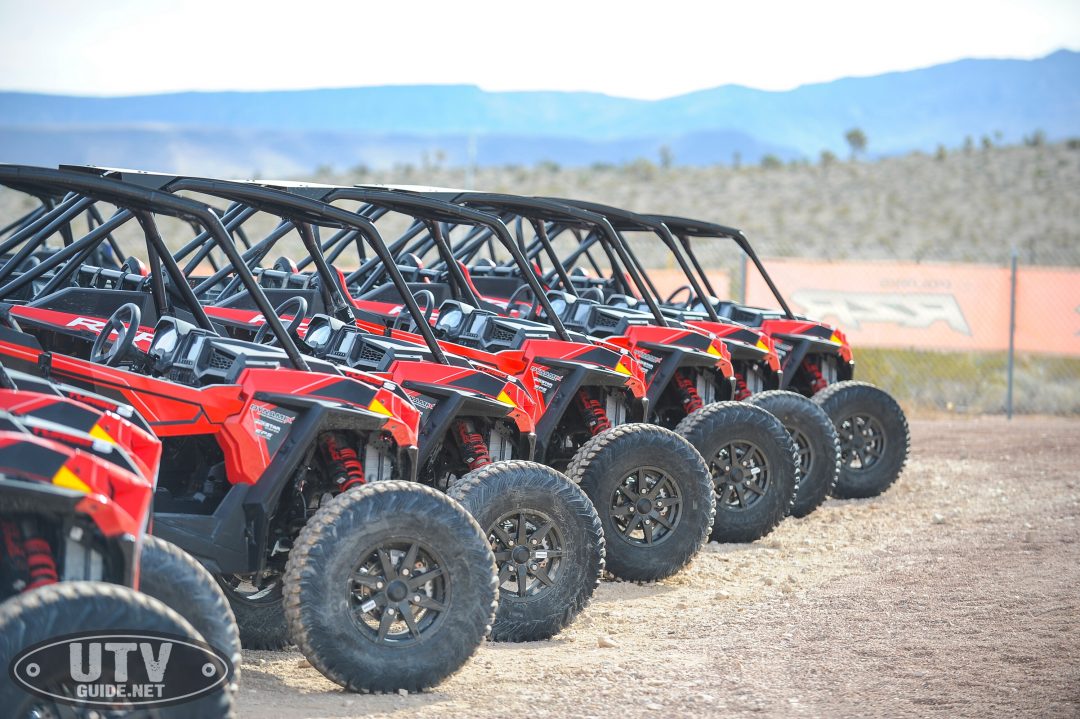 In a marketing game that seems to be all about numbers, my first impression when I received the press release for the new Polaris RZR XP Turbo S was that Polaris had slapped a long travel kit on RZR XP Turbo Dynamix Edition as a way to hold off the hard charging 72-inch wide Can-Am Maverick X3 X RS.

After diving into what I could scrounge up online, it appeared that Polaris was touting that the RZR XP Turbo S was a ground up redesign, but I had my doubts because while the car had a few new LED lights, it really appeared like the same old RZR with a long travel suspension. The new RZR XP Turbo S has the same basic 168HP Prostar engine and transmission. I was truly surprised that Polaris left the engine basically alone and didn’t squeak a few more horsepower out of the tune just to say they had the more than the Can-Am Maverick X3. Hats off to Polaris for not falling into to numbers game on horsepower.

Fast forward just a few days and I was in Las Vegas for the media introduction of the RZR XP Turbo S where we had the opportunity to dive much deeper into the new RZR, and spend a few hours behind the wheel to see if the marketing hype matched my experience behind the wheel.

Evan Schendel from Polaris gave us a great in-depth run-through on the RZR XP Turbo S, and the part that excited me most was regarding the durability improvements that were made to the platform.

I really liked what I was hearing.

In cab view of the Polaris RZR XP Turbo S showing Dynamix Live Valve with Ride Command. Look close at middle screen and you will see shock adjustments being made on the fly.Full ride review at:http://www.utvguide.net/polaris-rzr-xp-turbo-s-first-ride-review/

After spending a few hours in the desert with the RZR XP Turbo S, I am pretty excited about it. The true test for me is whether my feeling about the vehicle matches the marketing hype and my first impression is yes, it does. Obviously we need much more time to sort out whether it is durable, but the Turbo S feels sturdy and stout.

As far as head-to-head, Can-Am Maverick X3 vs. Polaris RZR XP Turbo S, I really think it comes down to personal opinion and terrain. They both have great power and suspension.  The X3 has a longer wheelbase which will probably shine in rough desert and dune terrain.  The Turbo S is shorter so it should do better if you need a more nimble vehicle. The other big difference is seating position.  The Turbo S has a more upright seating position with better visibility. The X3 seating is more like a sports car with more legroom and it feels like it has a lower center of gravity. We will be testing the Turbo S in more terrain and over a longer period of time in the coming weeks. Stay tuned for more details!

The “usable travel” number in the marketing materials from Polaris had quite a few people baffled, so here is the skinny. The RZR XP Turbo S was designed to have 4-inches of ground clearance a full bump (shocks completely compressed).  This is where they came up with the “Usable Travel” definition.  Basically, this new measurement is the distance from the bottom of the tires while at full droop to the skid plate.  This is the amount that could be used, not actual wheel travel which is 19-inches in the front and 21-inches in the rear. While some think this is just more marketing babble to compete with Can-Am, it is actually a good number to understand.

Dynamix active suspension with Ride Command is not new (see RZR DYNAMIX for more details), but the shocks on the RZR XP Turbo S are. Polaris went with a FOX internal bypass shock over the RC2. These are all-aluminum and include jounce bumpers and internal top-out spring (no more clunk when the shock is fully extended). 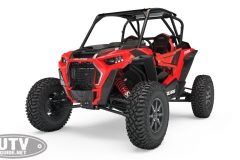 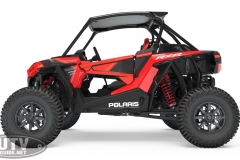 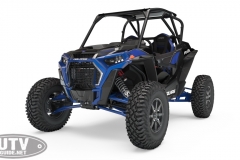 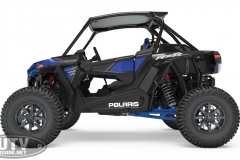 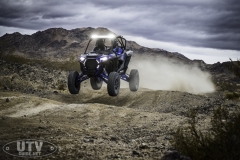 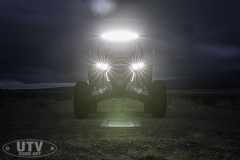 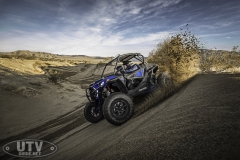 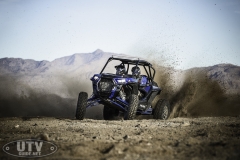 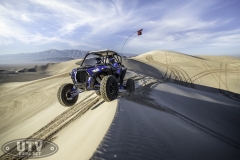 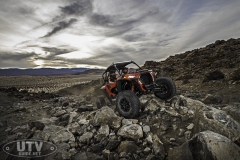 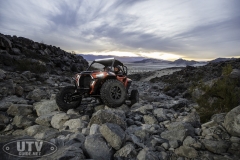 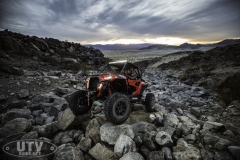 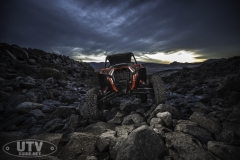 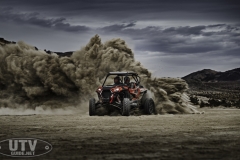 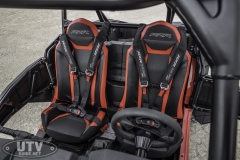 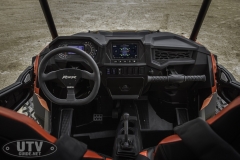 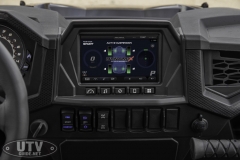 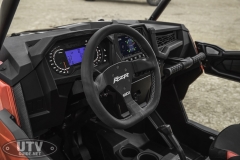 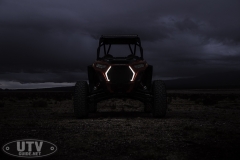 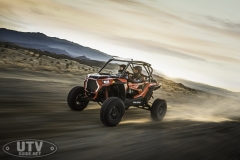 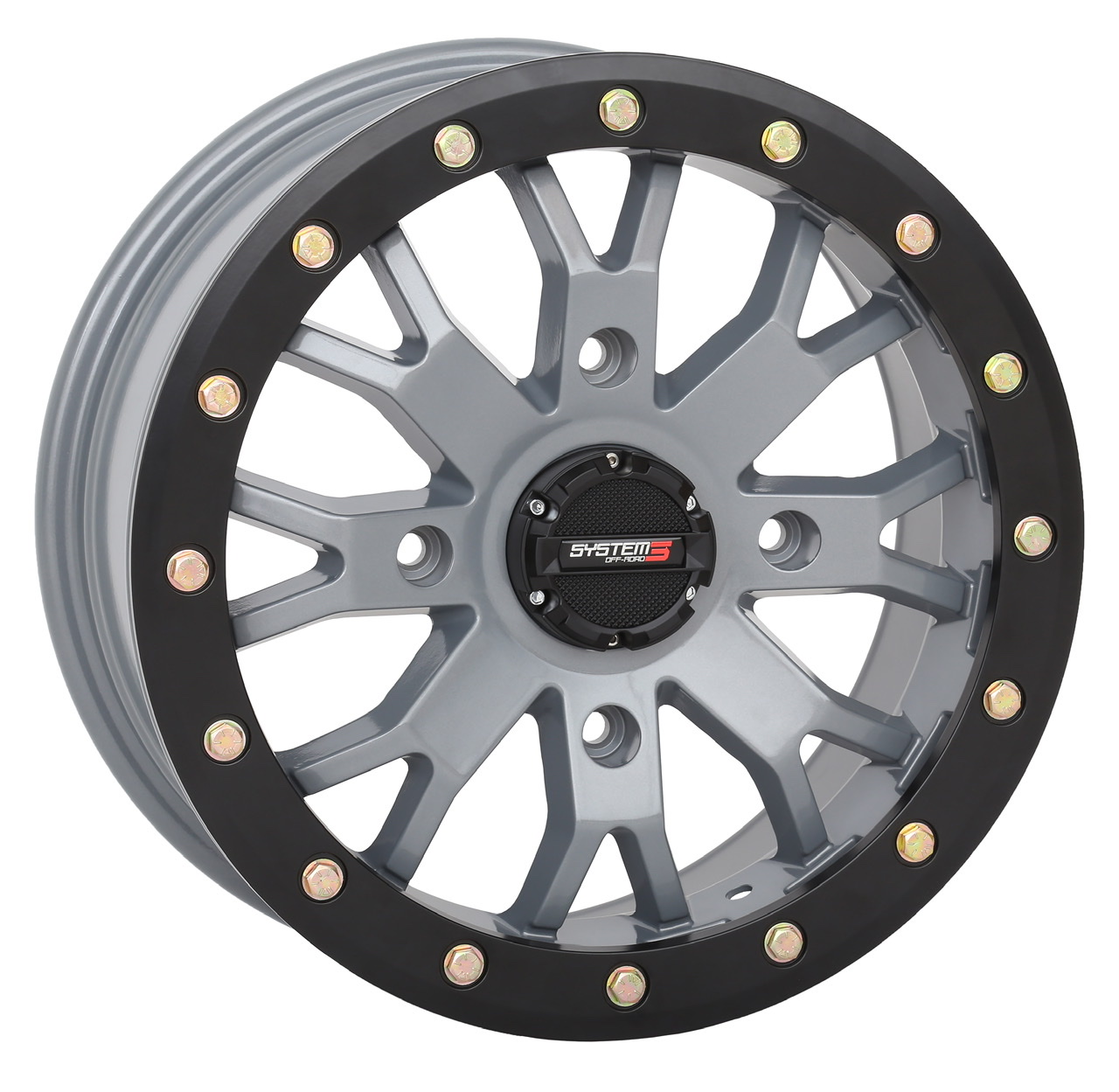