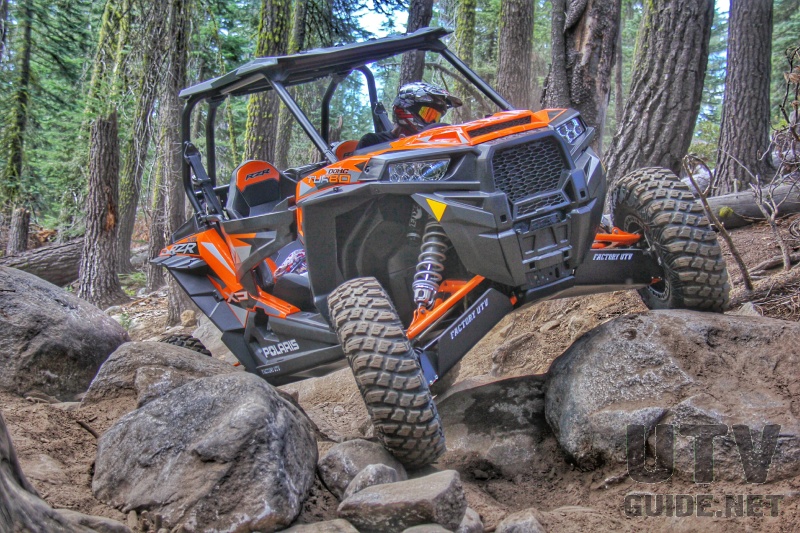 By Jon Crowley, Photos by Jon and David Crowley

The all-new 2016 RZR XP Turbo has everyone talking. Most of the discussions centered around its’ 144 horsepower and whether it is faster than the Maverick Turbo in a drag race. All the bench racers have once again swarmed the internet with silly fights over what some 5 second drag video may prove. I looked deeper under the covers of the new RZR XP Turbo and saw that Polaris had done quite a lot of homework when they designed this new sport UTV.  The RZR XP 1000 already has a proven suspension for rough terrain, and they could have easily taken the Prostar 999cc and tossed a turbo on it with a few internal mods. But instead Polaris looked at the complete package and built a new engine with upgraded drive train. The all-new Polaris ProStar® Turbo engine, with turbocharger, provides an
industry-leading 144 horsepower, an impressive acceleration of
0-60 mph in 5.89 seconds and more than 45 percent more torque

To harness the power and deliver it to the ground, the RZR XP Turbo EPS features a brand-new, fully-engineered and stronger driveline for increased durability. The driveline features an all-new, high performance PVT system with all-new clutches and drive belt; a new, stronger transmission with geared reverse and stronger shafts. The new, high-flow, targeted clutch air cooling system is designed to reduce clutch and belt temperature to enhance and extend belt life. On paper, the RZR XP Turbo is impressive.  Especially after digging into all the changes that were made to the drivetrain. So after we picked up our new RZR XP Turbo, instead of heading to the dunes as everyone would expect (that will comes soon enough), we decided to see how the turbo platform could handle the rocks. But before we hit the trail, I wanted to protect the underside of the car from the rocks, so  we took it to Factory UTV for some UHMW protection. All the RZR XP 1000 stuff was the same except the area under that transmission. Then we swapped out the factory Bighorns to gain a little more ground clearance and add beadlock wheels.  The set I used is a 30×15 Moto Race Tire Crawler mounted up on OMF billet center beadlock wheels. One thing to note on wheels for the RZR XP Turbo.  The front brake calipers are bigger than the XP 1000.  The 15″ wheels with flat center fit fine, but the 14″ wheels hit the caliper. Most cast wheels are probably fine, but the combination of the flat billet center and the hardware used to bolt the center to the wheel cause interference. We loaded up our new RZR XP Turbo and ourKing of the Hammers proven RZR S 900 and headed to Barrett Lake Jeep Trail. Barrett Lake Trail is rock crawling trail located in the Eldorado National Forest that is open to OHVs a few months a year during the summer.  The Barrett Lake Trailhead is located at Dark Lake just north of Wrights Lake and is similar in terrain to the Rubicon Trail. The trail is a dead-end trail that is five to six miles long from gate to Barrett Lake Campground. One thing to note is the trail is an environmentally sensitive route running on the border of Desolation Wilderness. Deviating from the established trail, driving onto Desolation Wilderness land or walking onto Desolation Wilderness without a permit has and will result in heavy forest service fines. Please do your part to help keep this trail open for future generations.

Another thing to note on the RZR XP Turbo is it has a front and rear sway bar.  I really like this setup on my FOX Edition RZR XP 1000 in the dunes, but typically if you are going to do hard core rock crawling, front and rear sway bars inhibit wheel articulation more than some people would prefer. For this test, I decided to leave both connected to see how it would perform. While we did notice that the front suspension did not have as much flex as an XP 1000 without front sway bar.  Not a big surprise there, but what was surprising is it really didn’t affect us on the trail.  I am sure there are more extreme trails where it could make a difference, but I was happy with the performance with them connected.  It would be interesting to have two rigs run the same trail – one with sway bars attached and the other removed to see what difference it makes, but that takes more planning/time than I have right now.

My biggest concern was the gearing was setup for more high-speed performance than low-speed.  Some aftermarket turbo RZRs I have seen have touchy throttles in the low RPM range.  The throttle response was very smooth. Not sure if it was added torque, great EFI tune or maybe the 270-degree firing order, but it was never jumpy. Plus the new clutch felt like it was geared lower and did a better job grabbing the CVT belt than I felt with the XP 1000.

Just like the XP 1000, the Radius links on the RZR XP Turbo are low and not up the the challenge of rock crawling.  Thankfully there are plenty of aftermarket options, as well as High Lifter Edition links from your Polaris dealer.

But if you are a fan of the XP 1000 for rock crawling, you will not be disappointed with the RZR XP Turbo. Just like Polaris states “the vehicle brings significant innovations to each of the hallmark Power, Suspension, Agility, Comfort and Customization aspects of RZR to provide the ultimate off-road experience.” With 80% of torque available as early as 3500 RPMs, the RZR XP Turbo delivers remarkable performance right out of the gate and continues delivering up to 105 ft-lbs of peak torque! This extremely long power band makes it ideal for all types of riding, including rock crawling, trails, desert, and dunes.

If I was going to race King of the Hammers in 2016, the RZR XP Turbo would be my vehicle of choice. It has top notch suspension, great power, durable drive train and awesome low speed capability.

Next week, we plan to hit the dunes at Sand Mountain and will report back how the RZR XP Turbo does in the dunes with 90 degree temps and long hill climbs.  Stay tuned!

Polaris is a recognized leader in the powersports industry with annual 2014 sales of $4.5 billion.  Polaris designs, engineers, manufactures and markets innovative, high quality off-road consumer and military vehicles, including all-terrain vehicles (ATVs) and the Polaris RANGER® and RZR® side-by-side vehicles, snowmobiles, motorcycles and on-road electric/hybrid powered vehicles. Polaris is among the global sales leaders for both snowmobiles and off-road vehicles and has established a presence in the heavyweight cruiser and touring motorcycle market with the Victory® and Indian Motorcycle® and Slingshot® brands.  Additionally, Polaris continues to invest in the global Work and Transportation vehicle industry with Global Electric Motorcars (GEM), Goupil Industrie SA, Aixam Mega S.A.S., and internally developed vehicles. Polaris enhances the riding experience with a complete line of Polaris Engineered Parts, Accessories and Apparel, Klim branded apparel and ORV accessories under the Kolpin®, Cycle Country® and Pro Armor®brands. 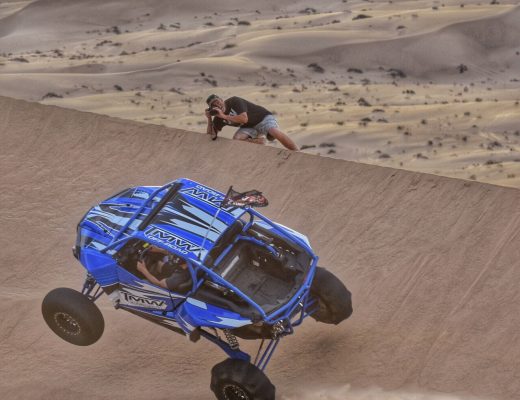 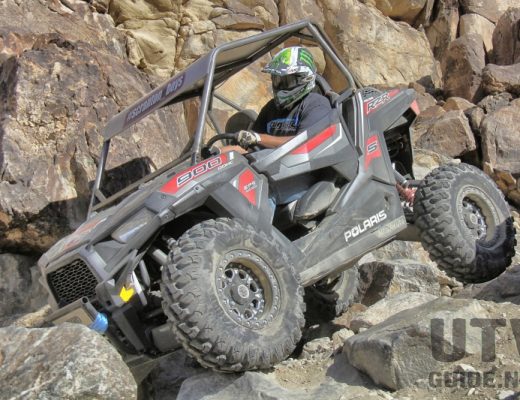 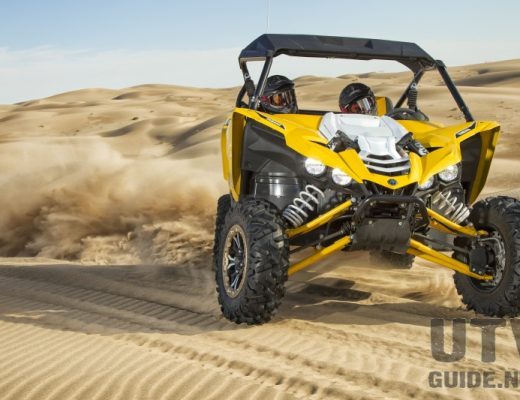