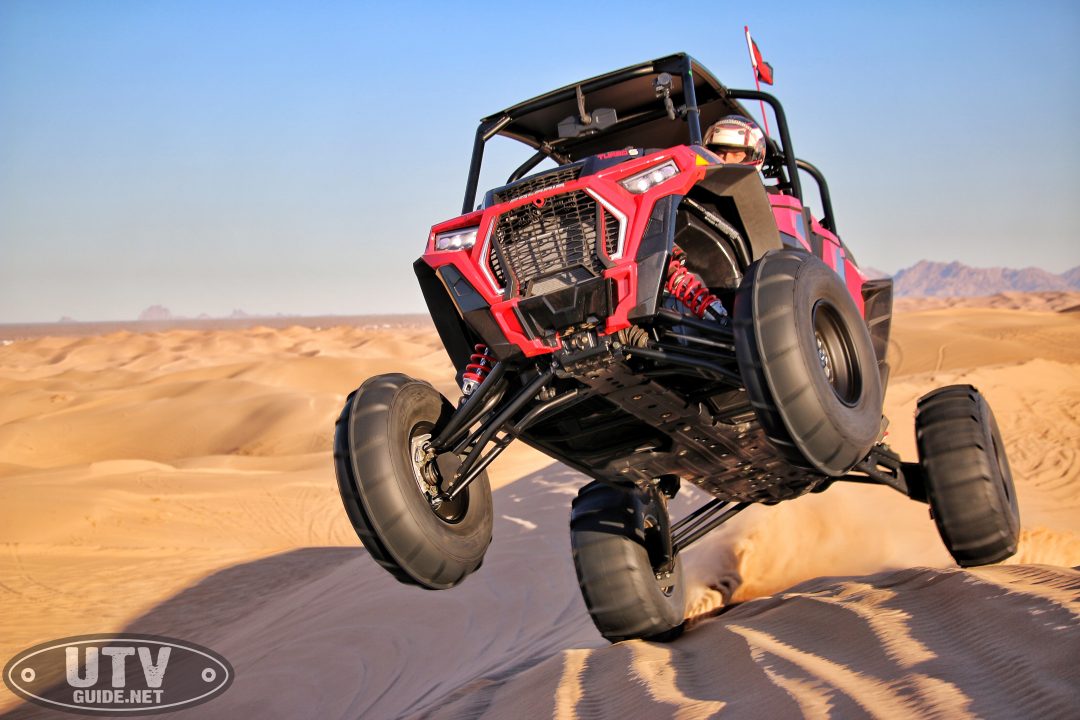 Polaris unveiled their newest RZR right before the 2018 Sand Sports Super Show, and showed off several custom builds as well as a completely stripped RZR XP 4 Turbo S so everyone could see all the improvements and updates made to the vehicle. Now I am not a huge fan of hauling around four bodies in an off-road vehicle, but the thought of a new version of the Polaris RZR XP Jagged X Edition had me dreaming of a new desert adventure build. The Jagged X Edition RZR was basically a XP 4 900 chassis with the rear seats removed and two storage boxes in their place. This type of platform is awesome for long rides in the desert because you have plenty of room for gear and supplies, plus a long wheelbase to help smooth out rough desert terrain. Well, I let Polaris know of my “plan” and it was approved! This was set into action at Camp RZR 2018 where I was handed the keys to a brand new red Polaris RZR XP 4 Turbo S! The XP 4 Turbo S comes with 32-inch ITP Coyote tires which are great for the desert, but they are a bit heavy for the dunes. The first thing I did was swap out the the ITP Coyote tires for a set of new Fullerton Sand Sports 32-inch Sand Sports SxS tires mounted on DWT wheels. With these tires, I lost some rotating mass, but also gained some sand traction and floatation. I also added Sick Stick day whips on the back, a Polaris mirror and to top it off, I took out one of the back seats and swapped in one of the back seat boxes from my 2013 Jagged X Edition RZR! There are a lot of people that want Polaris to make these things again, and I sure hope they do as they swap right into the seat base just like a seat and give you great dust free storage.

We saved the boxes from our @jaggedxracing @polarisrzr and they slide right into the new RZR XP4 Turbo S! Polaris definitely needs to bring these back. #PolarisRZR #TurboBeast

So with these changes, I was ready to shred some Glamis dunes. Our first ride took us through the dunes and out to Osborne Overlook and I noticed a few things right away. As I mentioned earlier, I am not a fan of hauling three other people around the dunes with me so I was solo.  You might think this is kind of strange, but I drive much more cautiously when I have passengers, plus the extra weight does affect power and suspension.  And most of the group I was riding with had four seaters with one or two people in their RZRs. The first thing I noticed in comparison to a two-seater is the huge difference in stability when you a running hard in the dunes. The longer wheelbase is so much more forgiving and allows you to run faster and corner harder without worrying. The additional width going from a 64-inch RZR Turbo to the Turbo S is very noticeable as well. Not only do I have a wider stance, but also more suspension travel as well. All of this translates to a UTV that you can run faster through the rough terrain without backing off.

I tossed the keys to my buddy Brent who likes to jump way more than I do and he launched it a few times.  The XP 4 Turbo S flew very well and soaked up the landing with ease. We went on lots of fast rides in the big dunes. I really liked the ability to switch up the FOX Live Valve shocks on the fly. If I was cruising through chopped up dunes, I put it in comfort mode. For most of the fast dune rides, I put it in Sport mode.  And when Brent hucked it in the air, we had it in Firm mode. These are the changes I can make, but it also adjusts the shocks on-the-fly with input from steering, braking and even bumps it to Firm mode if it senses weightlessness during a jump. This technology really does work, and the future should give us even more features.

” The new RZR XP 4 Turbo S has been completely re-engineered to be stronger and tougher in every respect. The vehicle’s monstrous 32″ tires and massive 72″ stance have been integrated into a brand new, stronger chassis that delivers ruthless performance that can’t be stopped.” This quote is from the Polaris marketing team in their press release, and I feel like this is accurate. All told, I put about 75 miles on the RZR XP 4 Turbo S in two days and had a grin on my face the entire time. It is truly something that you need to experience first-hand in order to believe, but in my opinion, the RZR XP 4 Turbo S could be the best overall dune machine on the market.

I am headed back to the dunes this weekend to get more seat time.  This time, we will be out at Sand Mountain Nevada. Fun ride with Factory Racers from @polarisrzr at #CampRZR in #Glamis We were running in the back eating sand and loving it in our RZR XP 4 Turbo S! #PolarisRZR #TurboBeast 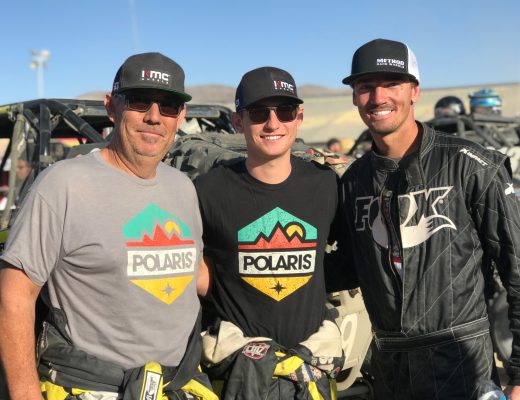 POLARIS FACTORY RACING SWEEP PODIUM AT KING OF THE HAMMERS