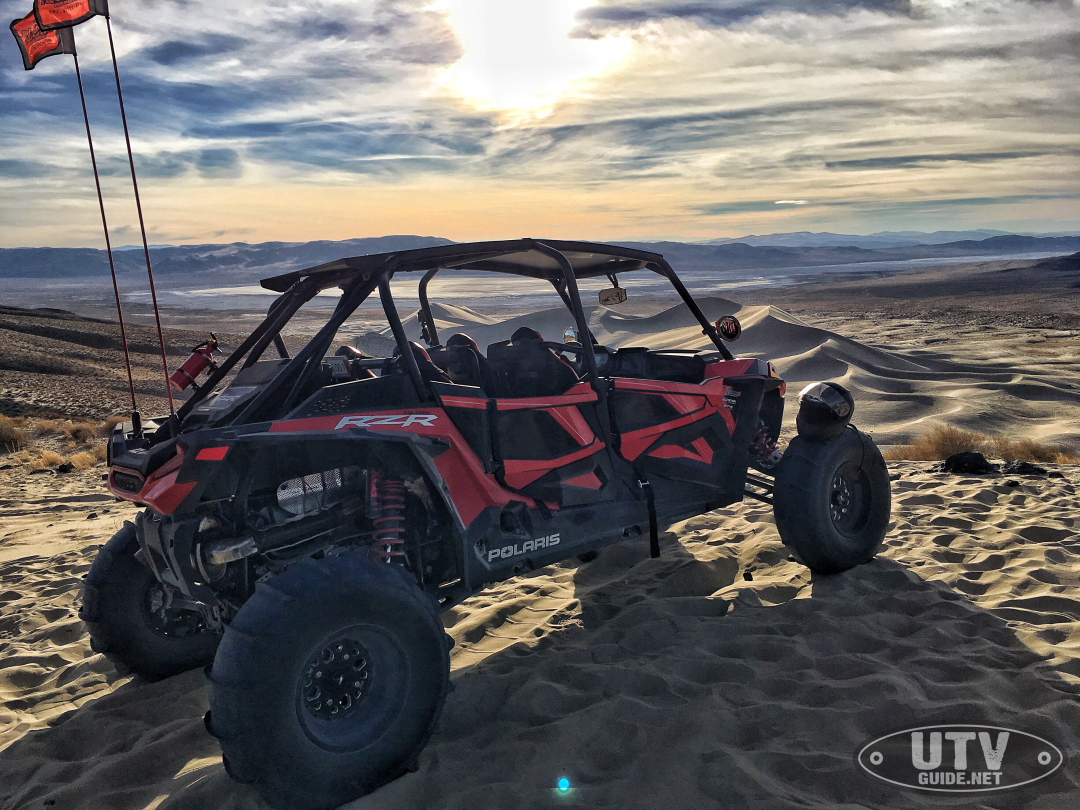 Last week, I picked up a brand new Polaris RZR XP 4 Turbo S in Glamis during Camp RZR. The RZR XP 4 Turbo S is Polaris’ most advanced four seat UTV with a long travel 72-inch stance and intelligent, industry-leading DYNAMIX Active Suspension system. If you haven’t already do so, be sure to check out our review at:

Last weekend, we loaded it up and headed to Sand Mountain Nevada to spend a long weekend with friends. As I mentioned in my review from Glamis, I am typically not a big fan of hauling around a four-seat UTV loaded with passengers. Adding another 400-600 lbs. to a vehicle in the dunes typically affects performance and suspension to the point that I don’t have much fun.

With a large pool or eager riders in camp, this trip was my opportunity to properly test out a four-seat Polaris RZR XP 4 Turbo S that was fully loaded with passengers in the dunes.

As you can see in the video, Sand Mountain has some very steep hills that tax a vehicle’s performance. With 168HP and 32-inch Sand Sports SxS tires from Fullerton Sand Sports, I was able to pretty much point and shoot anywhere on the mountain. I could definitely tell that the added weight slowed the vehicle down, but it never got to the point that I was worried if I could make it up a hill.

Climbing the 700 foot tall Comp Hill at Sand Mountain is no joke. It wasn’t that long ago that it took ideal conditions to just make it to the top in a UTV, so taking a fully loaded four-seater up with ease is nice.  The long hill also asks a lot of the cooling system and CVT belt, and I am happy to report that we had no issues with either.

Asking a UTV’s suspension to perform well while being loaded down with 200 lbs. or 600 lbs. is a tough task. What I have found is four-seaters I have run in the dunes before are a bit too stiff with one person, about right for two and way too soft for four.

The Polaris RZR XP 4 Turbo S comes with an intelligent DYNAMIX Active Suspension system.  In addition to the real-time adjustments by the system, riders can adjust the suspension ride modes via a switch on the dashboard, choosing from three suspension settings:

Bottoming out in the dunes is something I despise. Running into a g-out at speed can easily blow through the suspension in most UTVs, and loaded four-seaters are typically even more susceptible. I was very happy with how well the XP 4 Turbo S handled these situations for both front and rear suspension. FIRM mode also helps keep the ground clearance up where it should be even with four people in the vehicle.

The 72-inch wide stance not only give you more wheel travel to work with, but also give the vehicle more stability in the dunes.  This is very noticeable when loaded down with four people at Sand Mountain. Hard corners at speed and even turning around at the top of the steep mountain can be done with confidence. 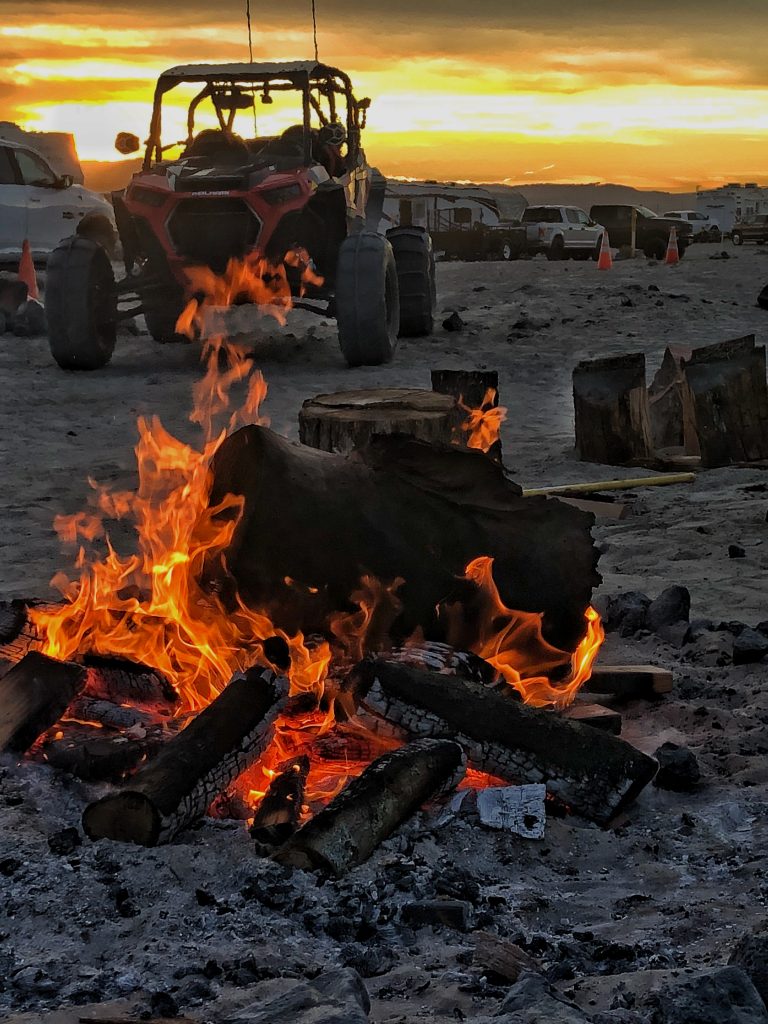 My first sand car back in 1998 was a four-seat Tatum that I would haul around four-people with. I had flashbacks all weekend of taking people on rides at Sand Mountain.  While my sand car still had more power with 350+ wheel horsepower, I feel the RZR XP 4 Turbo S is a better vehicle for what I did last weekend.  It is cheaper, more versatile and more reliable. Plus the suspension works much better.

Sand Mountain was torn up after a packed Halloween weekend and I was also very happy with how well the RZR XP 4 Turbo S soaked up the chatter bumps. I am also thrilled with the Dynamix suspension and the ability to adjust on the fly to different loads.

Overall, the RZR XP 4 Turbo S impressed me last weekend.  To tell you the truth, I was somewhat dreading being the guy in camp with four-seats that got stuck hauling everyone on rides. While I still prefer to take fast runs by myself in the dunes, this RZR is certainly capable of handling the task of taking a full load of people without turning the ride into a chore.

One of the guys in camp asked me to sum up how I felt about the RZR after the long weekend and I think my response of “confidence inspiring” still sums it up well. The RZR XP 4 Turbo S just flat works well in a variety of situations from fast guys ride to four person cruise as well as everything in between.

My concept of a full-time two-seat build for the RZR XP 4 Turbo S has changed a bit after this trip.  I think that I will still prefer to run with just two seats and save the rear for storage and fuel, but I now think that I will make sure the rear seats can still be swapped back in for trips like this. 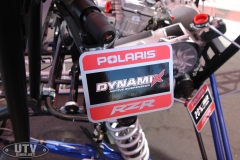 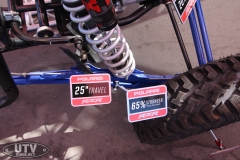 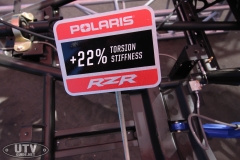 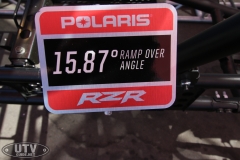 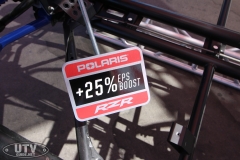 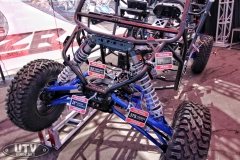 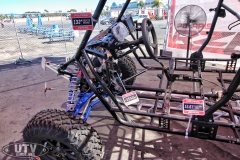 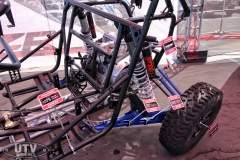 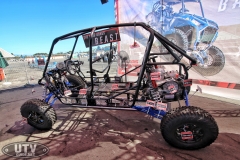 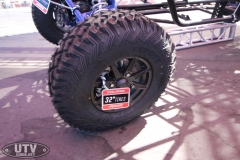 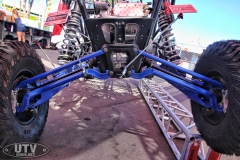 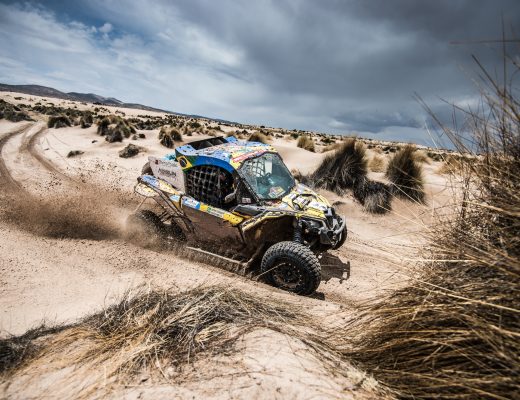 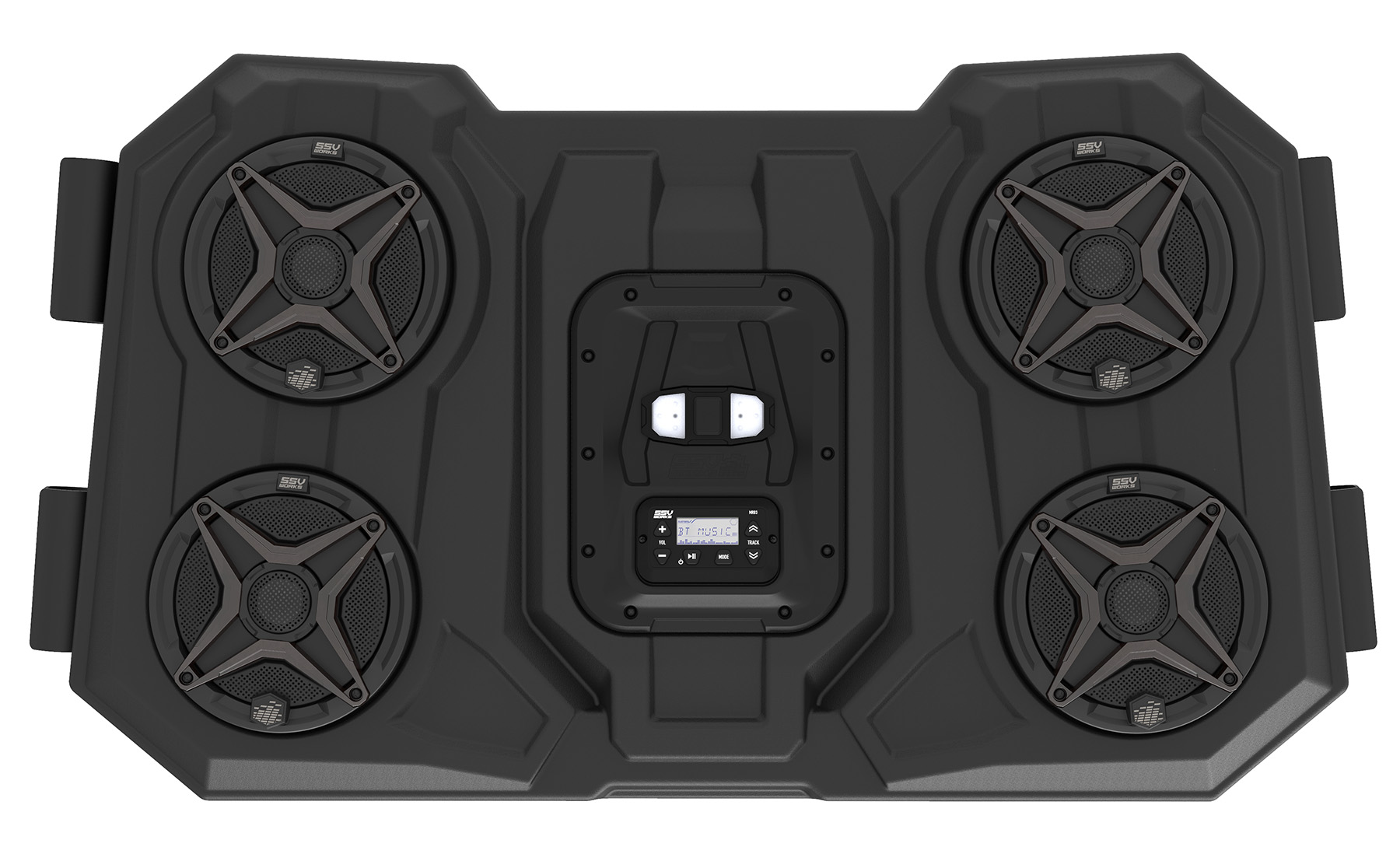