By Jon Crowley,UTVGuide.net
Photos by Dale Bunch and Kevin McKenzie

The new XP 1000 is the RZR many enthusiasts have been waiting for Polaris to produce. With a 107 horsepower from a 999cc engine, 18 inches of wheel travel in the rear (16 inches in the front), 13.5 inches of ground clearance, longer wheelbase, more cab room and beefy rear axles, the RZRXP 1000 delivers on the spec sheet.

Everyone expects the newest RZR to excel in the desert and dunes, and after driving it at DuneFest (see XP 1000 First Ride Review) and then at Parker, AZ and Glamis, I can confirm.  But I was real excited to see how it would do rock crawling.  I twisted a few of my friends to head into the Rubicon mid-week so we could check it out and get some rock therapy.

At first look, I was a little nervous about how well the XP 1000 would do in the rocks. I have a ton of seat time in the RZR XP 900 (see 2013 King of the Hammers race recap) and when I saw the XP 1000 had a wheel base that was almost 9-inches longer than the XP 900 (81.4″ vs. 90″), I was a little concerned. Longer wheelbase can help with some climbs and steep drop offs, but a larger turning radius makes it hard to get into position without backing up. What I found was the longer XP 1000 did indeed climb well, and the extra wheelbase did not seem to affect my turning radius much.

The XP 1000 has solid specs on suspension travel – 18 inches in the rear and 16″ in the front. Most people hear those numbers and think of charging through whoops and g-outs, but in the rocks this translates into a vehicle that can keep all four tires grounded and pulling for you in off-camber situations. We found the front end to be very “flexy” as you can see in the classic off-camber picture above. Tires that stay in contact with the ground give you more stability and more traction.

The power delivery on the XP 1000 is very smooth.  Engine has good torque for off-idle maneuvering. Clutch engagement comes on properly and I think the tuning of the CVT is good for the 30″ tires.

The axles and CVs on the XP 1000 are much larger than on the XP 900 and should handle the power and associated abuse much better.

I am 6′ 1″ tall and the XP 900 has always been a little cramped for me.  The extra legroom in the XP 1000 makes it much more comfortable to drive, especially when you like to use two feet (brake/gas).

Getting the car up away from the rocks if huge when it comes to rock crawling. Stock ground clearance on the XP 1000 is 13.5″.  That is top in the class.  I cranked up the pre-load on the springs a bit, plus the 30″ GBC Mongrel tires I ran added a little more as well.

I am a big fan of factory power steering and the Polaris setup for the XP 1000 worked great.  Definitely needed for large tires and rock crawling.

Trailing arms and rock crawling don’t always mix too well, but Polaris did better on the XP 1000

The trailing arms on the XP 1000 are LONG.  But Polaris did a good job keeping it up as high as possible. I did ride on them several times, but did not get hung up on them like the XP 900’s in our group did a few times.

Just like the XP 900, the Radius links on the XP 1000 are low and not up the the challenge of rock crawling.  Thankfully there will be plenty of aftermarket options.

Radius links are still a problem on the XP 1000.

Overall, I was pleasantly surprised on how well the XP 1000 did in the rocks.  All the hype is about dunes and desert and that is a world away from crawling through the rocks in the Sierras. The XP 1000 excels in a wide variety of terrain. Consider the bar raised once again.

I will once again be teaming up with Jagged X and Blake Van de Loo to take on King of the Hammers in 2014.  And after this test, it is official.  We will be racing a RZR XP 1000!

This tire has no air in it!

Before heading into the Rubicon, we mounted up our tried and true wheels and tires that we raced with at King of the Hammers (30x10R14 Kanati Mongrel on HiPer Racing beadlock wheels – more: 30-inch tire shootout).  But before we did, we installed a set of Tire Blocks for a test.  On the way in, we ran as normal.  This tire had been sliced by a sharp rock while pre-running for King of the Hammers last year. We pulled the three plugs out and ran from Little Sluice to Loon Lake (4 miles) with no air. As you can see, it is hard to even tell that there is no air in the tire. We ran short of race speed, but at a good clip on the way out and had no issues. Not sure we could even tell that it was flat. Need to test at high speed, but so far we are very impressed with the results in the rocks.

We added a few accessories to our RZR XP 1000 before hitting the Rubicon. Most were installed to protect the vehicle from damage, but we also added some function and looks to other areas of the vehicle.

Really liked the spare tire carrier.  Mount feels real solid with no rattles. It can be removed easily be pulling 4 pins, or it can swing out so you can access the bed by removing 2 pins. These rock sliders are fairly light duty and won’t survive long term abuse on a trail like the Rubicon, but did the job nicely for us. The HMW skid plate is much larger and has three pieces instead of the stock two. The HMW material is not as strong as UHMW, but it is much better than stock.

Information about the complete line of Polaris products, apparel and vehicle accessories are available from authorized Polaris dealers or anytime at www.polaris.com 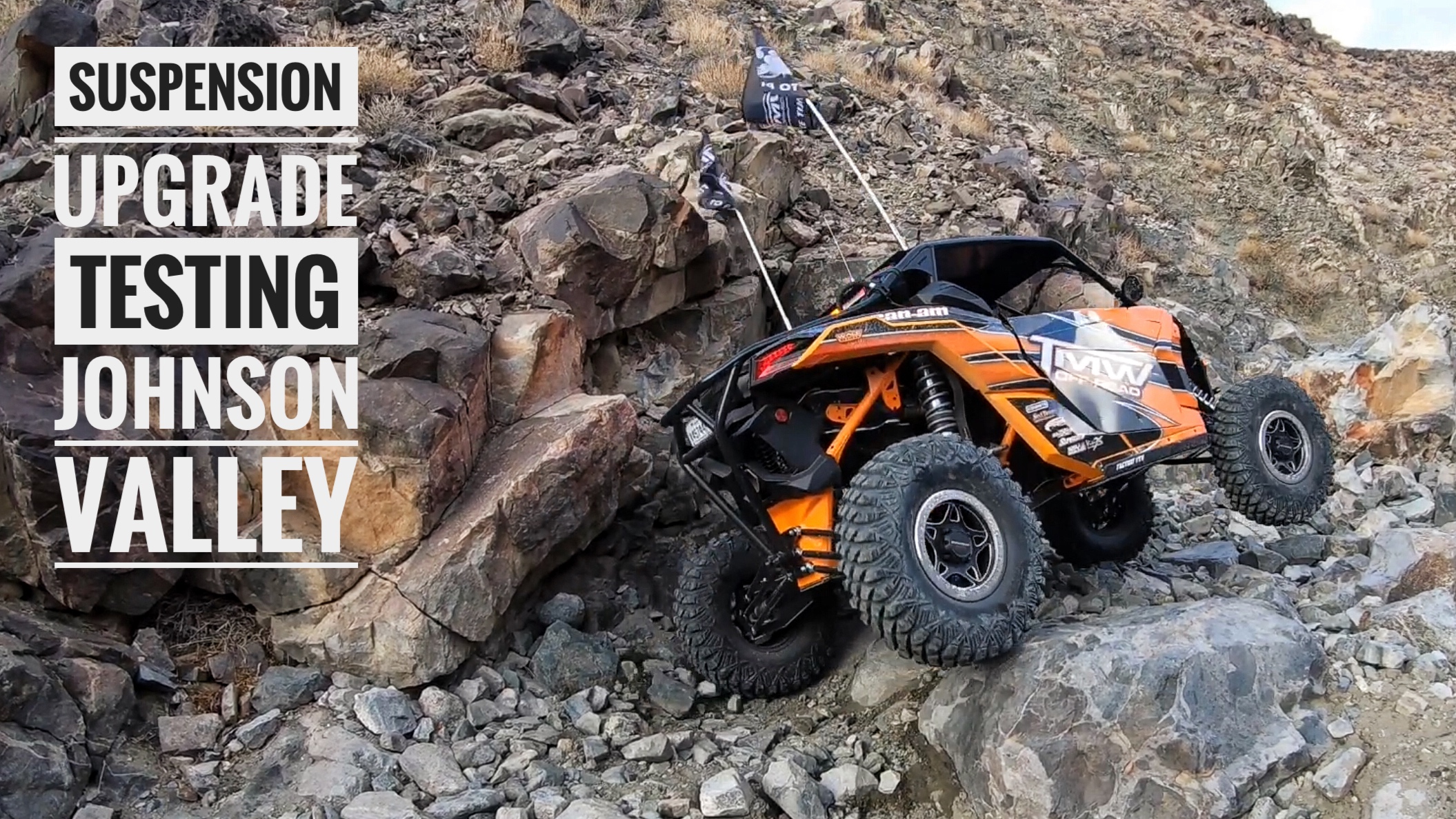