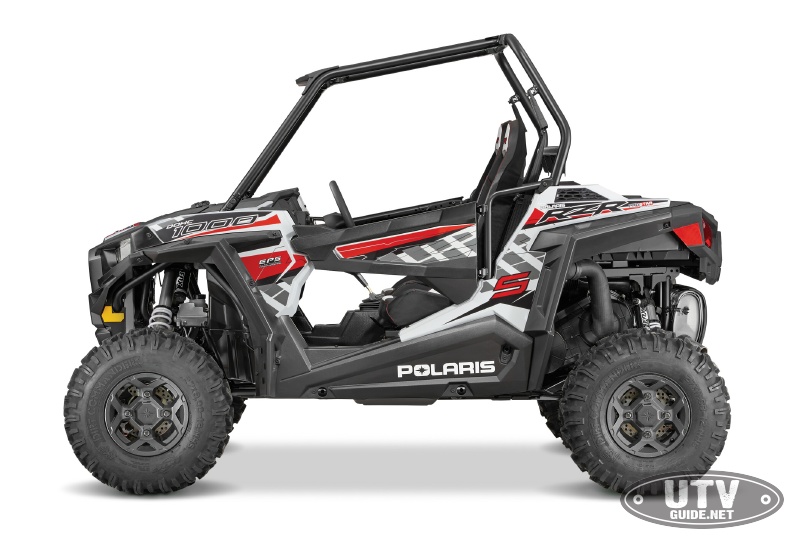 Such is our inalienable right as American citizens- bearing arms, freedom of speech, and vehicles like the RZR S 1000. This class didn’t need a 1000cc, 100 horsepower twin cylinder engine, but people wanted it. And in the great United States, we live to satisfy our desires.

Its a great time to be alive. Affordable machines that outpace many race cars can be bought, maintained, and fixed at dealerships just minutes from where you live. Modern technology means they are faster, ride smoother, and climb better than ever before. And, in 2016, Polaris has shown that they are not afraid to yet again push the performance envelope. Lets rewind a little over a half-decade to the launch of the original RZR S 800. With a parallel twin, 760cc engine that produced 55 horsepower, FOX Podium shocks, and four wheel independent A-arm suspension, it was the industrys first high-performance sport UTV. It was the only showroom-stock vehicle worth half its weight at speed in rough terrain, and offered a stable 60 width that begged you to pitch it into a corner hard. Oh, how sweet it was.

Vehicular evolution saw two classes of RZR evolve from that platform. The first, dubbed the XP 900, signified as big of a leap in performance from the S as the S was from a Rhino. A new engine, a refined chassis, and even more suspension travel meant that the S was relinquished to trail duty. Then came the XP1000. With the RZR S 800, 900 XP, and XP 1000 crowding Polaris showroom lineup, something had to go. Soon enough, the RZR S 800 and 900 XP both got the axe. When Polaris aims, they fire the whole clip. Out of the dust and lamenting tears emerged the RZR S 900. A hybrid between the fundamentals of the RZR S 800 and the XP1000, the S 900 offered a 60 package that packed a 75 horsepower punch, and it was upgraded in every aspect over the S 800 and 900 XP. Are you getting confused yet?

Not content to rest on their laurels, Polaris came back hard for model year 2016, introducing a RZR S 1000 that offered 25 more horsepower than the absolutely stellar S 900. Keep in mind that we didnt find the S 900 slow- it had power well matched for its chassis and weight. If we compare these to common tools, the S 900 is a multi-tool (think Leatherman), and the S 1000 is an 8 lb sledge hammer wrapped in dynamite. Not many machines can match the S 1000s inherent ability to make you say Oh, S***! on the trail. Too much throttle, and the rear end comes around. Surprising, yet controllable. A muscle car made for dirt, its more of a butcher knife than a scalpel.

Thats not to say that the RZR has lost any of its sharp handling traits, because it hasnt. Threading the needle through tight trails is still as easy as ever, especially with the revised low gear in the S platforms new transmission. However, too much throttle in the trees may have you skating off the trail, as the additional torque and horsepower over the S 900 is always noticeable. The RZR S 1000 receives the same updated cockpit as the S 900, borrowing most of its interior and exterior trim from the RZR XP 1000. Its a comfortable place to be, although the seats are a little shallow for taller passengers. Four-wheel independent A-arm suspension harnesses 12.25 inches of front suspension travel and 13.2 in the rear, controlled by FOX Podium 2.0 adjustable shocks.

The suspension is plush yet composed in the rough stuff, offering a valving and spring setup at home with most riding styles. Its not going to bomb big holes and G-outs like an XP 1000, but the advantage of a narrow vehicle in the woods is unmistakable. In the tight stuff, the RZR S 1000 will run circles around the bigger UTVs, and it provides a huge smile factor every time you whack the skinny pedal. The RZR S 1000s 999cc parallel-twin engine features dual overhead cams with four valves per cylinder and electronic fuel injection. While different from the 110 horsepower mill in the XP 1000, the S engine provides stellar torque and tractability. Coupled with its incredible GBC Dirt Commander tires, it has the traction to claw up nearly anything. Except for trees.

Handling in the tight stuff is, well, RZR sharp. The narrower 60 width and lower suspension travel over the XP mean less body roll and greater driver feedback from the suspension. In the S, you can really feel each corner working its way over bumps, ruts, and holes. Its a very real and visceral ride that is plush, yet communicative and forgiving. The interior is quite plush compared to the former RZR S 800. More cockpit room, redesigned seats, and optional 6 point harnesses make the RZR S 1000 cockpit a comfortable place to be. Half doors come standard, and optional inserts provide full coverage to keep sticks, rocks, and mud out of the cab.

From the dealership, the RZR S 1000 can be optioned with dozens of accessories, ranging from more supportive seats to roofs, storage boxes, bumpers, and more. Polaris has done a great job of filling out their dealer accessory integration program, which allows buyers to finance the vehicle with the accessories they want pre-installed.

Whereas the XP 1000 doesnt have a hitch option (save for aftermarket), the S 1000 comes pre-installed with a 1.25 hitch capable of towing up to 1,500 lbs. Available in matte White Lightning and Black Pearl trim, this RZR is sure to turn heads!

Choosing the correct UTV goes far beyond horsepower and suspension- you truly need to sit in each vehicle and compare the comfort levels and gauge your needs. Do you drive hard enough to need the 1000cc engine? If not, save the $3,300 and go with the RZR S 900. But if you thirst for speed and power, the RZR S 1000 is your animal. 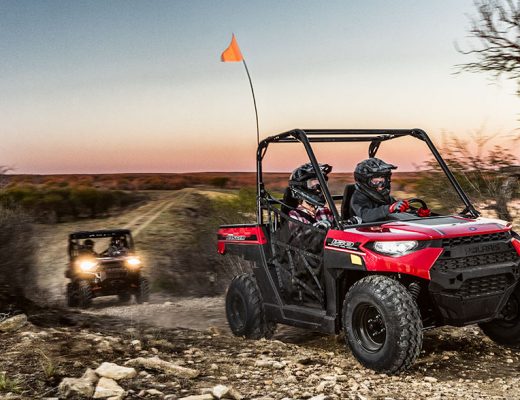