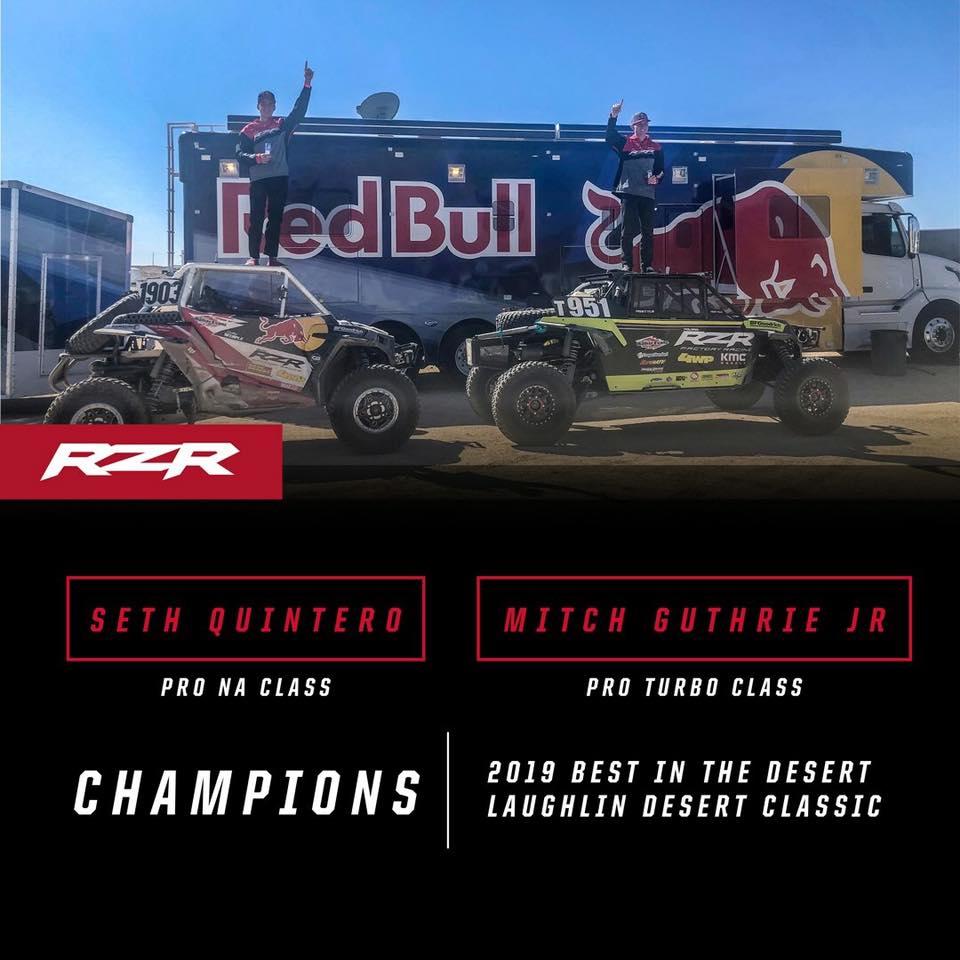 Guthrie Jr. and fellow RZR Factory Driver Branden Sims completed the short-course in a neck-and-neck battle resulting in Guthrie Jr. securing his second win of the season. The victory allowed him to overtake three drivers in the overall points standings and bring home the series championship.

As the UTV Turbo race settled in, Guthrie Jr. sat at 10th place, but he charged the course in dramatic fashion, running a pace nobody could keep up with and ultimately stealing first. Polaris RZR Factory Driver Branden Sims finished in second place in only his second race behind the wheel of his new RZR. Polaris RZRs claimed six of the top 10 spots with Polaris Supported Athlete Randy Romo coming home fifth and Factory Racers Justin Lambert and Ryan Piplic finishing sixth and eighth respectively. Fellow Polaris Supported Athlete Sierra Romo celebrated her belated 19th birthday with a ninth-place finish.

RZR Factory Driver Seth Quintero fell short on a UTV Pro Production perfect season but still brought home the Best In The Desert series championship. After pulling the hole shot and keeping the lead for six laps, Quintero got stuck behind a lapper on the second-to-last lap costing him the lead. Quintero battled back in a fast whoops section regaining the lead until an arm pin bolt backed out, causing a long repair and relegating Quintero to an 11th place finish.

“Without a doubt, the Polaris RZR Factory Racing Team completely dominated the field over the course of this year’s Best in the Desert Series, and Mitch Guthrie Jr. and Seth Quintero capturing the coveted series championships makes it all that much sweeter,”  said Kyle Duea, vice president of ORV Marketing for Polaris Off Road. “With plenty more racing to go this season, there’s still more success to be had as our drivers and crews look ahead to the next challenge.”

Polaris RZR Factory Racing will look to continue its winning ways October 26 at the LOORS Off Road Championship in Chandler, Ariz.

Cognito Teryx kills it at Taft

#ThrowbackThursday to 2012 when we snapped this ep

Looks like Spring has sprung for @amit.xo in Israe

Who else is missing those sunset rides with friend

Bummed that Moab is currently closed and @rallyont

#ToyHaulerTuesday from Glamis a few weeks back. St

@rallyontherocks has officially been postponed unt

@wick_it_performance getting after it in their @ca 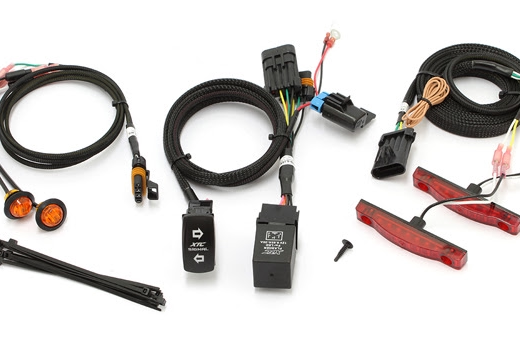 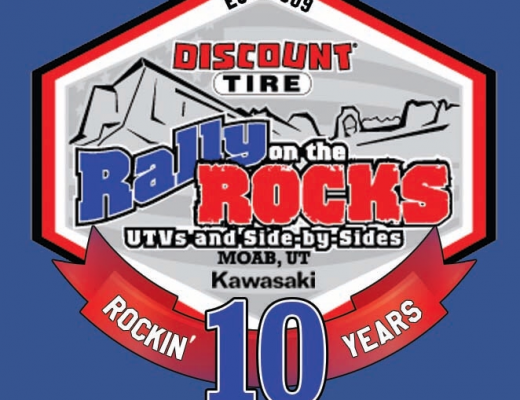 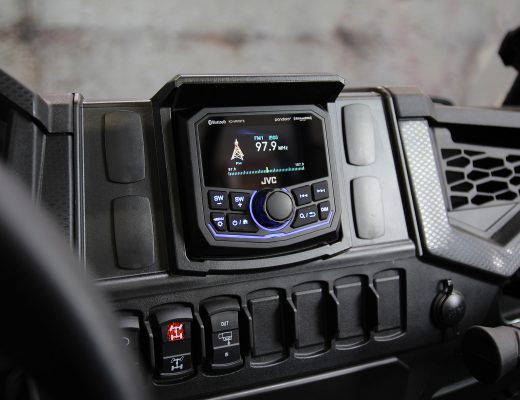